Jamie confronts his past. Rip approaches Kayce about an old problem. The bunkhouse looks to defend two of their own..

Meaner Than Evil from Yellowstone Comments

Where's the other episodes?I bought the entire season 3, but there is only 1 flipping episode. Why?.Lilhue44Score: 1/5

Great showOne of THE BEST programs on TV right now. Love this show and can’t wait for the next episode. You go Beth!!.Footsie1725Score: 5/5

The show is amazingThis is one of the best shows ever! Please don’t stop! I can’t wait until the next episode comes out. Keep up the great work Cast and Crew of course everyone behind the scenes..E10xScore: 5/5

Yellowstone not a day later.I love this series but the day late is a big disappointment. I do like all the behind the scenes and story’s from the bunk house. I am glad I can watch in real-time on YouTube TV..Kmart87Score: 2/5

This show is totally worth watching & I’m totally addicted!!!Can’t stop watching and sometimes re-watching this show on on-demand and on apple-tv on my phone for this newest season!!!.... I have it playing on my tv almost all the time even though I’ve seen them bc I catch little bits and pieces I missed before that help make the whole story even better!!!! It’s TOTALLY WORTH WATCHING!!! (OVer and over and over 😉😊☺️.Esa$9896Score: 5/5

Buy through ParamountApple doesn’t release the shows on Sunday night 9ET, when paramount aires the show. Instead you have to wait until the following day. Pretty dumb the whole season isn’t available when you pay $20, even more dumb when it’s available later than the actual broadcast on Sunday nights!.Ryan 817Score: 1/5

3’s a charm doesn’t applyReally disappointed with season 3 thus far. I should have waited until I saw the whole series before buying the season..N2northsidersScore: 1/5

Phenomenal!!! A beautiful and captivating show!!Phenomenal!!! What a TV show!! Majestic scenes, great storyline, great music and absolutely superbe acting!!! one of the best series ever!!! Season 3 ends with a bang!!!! not sure how i can wait so long for season 4!!!.Krichk10Score: 5/5

Best show on TVThis show is so great season 3 was amazing..SinsxScore: 5/5

IAMWILL_FL"You can't reason with evil. Evil wants what it wants and won't stop until it's won or you k*ll it. The only way to… .IAMWILL_FLScore: 5/5

SingnitinsingDeepsealioness Don’t know how to describe this, meaner than evil. Before 2014, I had never seen or heard such disc… .SingnitinsingScore: 5/5

JohnDutttonYou can’t reason with evil son. Evil wants what it wants and won’t stop until it’s won or you kill it. The way to k… .JohnDutttonScore: 2/5

Ringu_uThe idea of a Vulture Syndicate made me want to stray a bit from the classic evil vulture and try to go with a more… .Ringu_uScore: 3/5

Oilwhisperer jasonhu10530544: ‘You can’t reason w/evil son. Evil wants what it wants & won’t stop until it’s won or you kill it. The way to kill it,….OilwhispererScore: 4/5 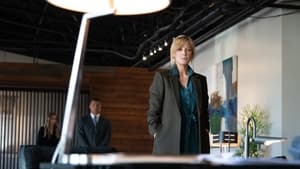 John makes a deal with Governor Perry, Beth is uneasy about a hospitality company's presence near the ranch, Monica asks for a favor, and Jamie gets a new opportunity.

Jamie starts a new job, Beth comes to a realization about Market Equities and visits Roarke, Rip searches for another ranch hand, and a livestock agent goes too far.

Beth is haunted by her past, Jamie assumes a new role, Kayce helps a family in need, John and Thomas Rainwater find common ground, and Beth's battle with Roarke intensifies.

Kayce and Monica help search for a missing Indigenous woman, Market Equities presents Jamie with a lucrative offer, and John finds out about Beth and Jamie's secret.

Kayce searches for answers following a theft on the ranch, Jamie learns a shocking family secret, John issues a warning, and Beth takes matters into her own hands.

Beth continues her battle with Willa Hayes, and brings John a lucrative offer. Monica has a harrowing ordeal.

John sits down at the negotiating table with former friends and foes, and as the battle for the future of the Yellowstone heats up, nothing will ever be the same.

Jamie's loyalty is put to the test, Beth prepares to put up a fight, and the Dutton family forms new alliances when Yellowstone returns Sunday, June 21.

Director and executive producer Stephen Kay and more of the Yellowstone crew discuss the careful attention to detail it takes to bring the show to life.

Stories from the Bunkhouse - You're the Indian Now21 June 202011:58 MinutesBonus

Behind the Story - Freight Trains and Monsters28 June 2020 8:50 MinutesBonus

Kelsey Asbille, Kevin Costner, Taylor Sheridan and other cast and crew discuss horse-riding on the show, Beth and Rip's relationship, and Jamie's path out of the bunkhouse.

Stories from the Bunkhouse - Freight Trains and Monsters28 June 202010:33 MinutesBonus

Behind the Story - An Acceptable Surrender05 July 2020 7:58 MinutesBonus

Stories from the Bunkhouse - An Acceptable Surrender05 July 202011:38 MinutesBonus

Ian Bohen, Jefferson White and Denim Richards talk to Jen Landon about landing the role of Teeter, discuss Beth and Rip's bond and reflect on Jimmy's journey of belonging.

Stories from the Bunkhouse - Going Back to Cali12 July 202011:28 MinutesBonus

Stories from the Bunkhouse - Cowboys and Dreamers19 July 202014:19 MinutesBonus

Denim Richards, Ian Bohen, Jefferson White, Hassie Harrison and Eden Brolin discuss the confrontation with Wade and Clint, the new dynamic in the bunkhouse, and Beth's past.

Stories from the Bunkhouse - All for Nothing26 July 202010:18 MinutesBonus

Stories from the Bunkhouse - The Beating02 August 202012:18 MinutesBonus

Stories from the Bunkhouse - I Killed a Man Today09 August 202012:18 MinutesBonus

Stories from the Bunkhouse - Meaner Than Evil16 August 202011:38 MinutesBonus

Stories from the Bunkhouse - The World Is Purple23 August 202011:23 MinutesBonus

John Dutton deals with contentious conflicts within his family, along with outside battles with land developers and an Indian reservation as he attempts to maintain control of his ranch.

Kim and Shereé return to the "scene of the crime" at FAB to make amends and to plan a surprise engagement party for Kandi and AJ. Meanwhile, Kandi, AJ and Kandi's mom visit a marriage counselor to help ease their tension. Shereés finished samples for her "She by Shereé" line finally arrive and she unveils them to Dwight for the first time. NeNe and her Uncle Mel travel back to her roots in Athens to give her book writer, Denene, a glimpse into her life growing up. While in Athens, NeNe finds herself face-to-face with the man who claims to be her biological father.

Josh feels pressure from his family to settle down.

Kayce and Rip come to blows. Beth starts buying up land to protect the ranch. Monica begins a new chapter at the university.

Leave Your Emotions At the Cabin DoorBelow Deck, Season 9

Eddie deals with his relationship fallout as Jake and Rayna try to figure out their feelings after Jake's revelation. After losing his walkie, Fraser...

Shaun and Lea happen upon a terrible car accident and discover a young pregnant mother who has been badly injured and needs immediate medical attentio...

Katie makes a splash at Schwartz and Sandoval's pitch meeting, much to Sandoval's dismay, while Ariana coaches Raquel on how to set boundaries with Ja...