The Task Force's determination to identify a Russian asset in the U.S. government puts Cooper and Reddington in increasingly treacherous positions..

Rakitin (No. 28) from The Blacklist Comments

Emeraljade TheBlacklistGSM: Sorry we couldn’t watch live with you all last night. What did we think of No.28 #TheBlacklist Rakitin! Also Sprin….EmeraljadeScore: 2/5

Miller2275 TheBlacklistGSM: Rakitin kidnapped Cooper & Red is powerless to stop it, or is he ;)! This week No. 28 on #TheBlacklist takes center st….Miller2275Score: 2/5

Shenayzline TheBlacklistGSM: Rakitin kidnapped Cooper & Red is powerless to stop it, or is he ;)! This week No. 28 on #TheBlacklist takes center st….ShenayzlineScore: 2/5 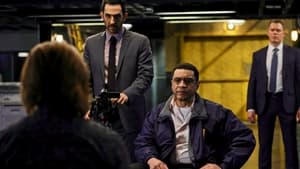 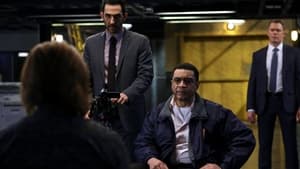 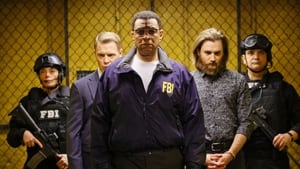 The Blacklist, Season 8 Other Episodes

As Liz pushes a source for answers, Red and the task force grapple with the implications of her actions. Tensions boil over and a drastic action is taken, which will change Red and Liz's relationship forever.

Fueled by his betrayal, Elizabeth Keen seeks vengeance on Reddington.

As Red and the task force search for Liz, she sets a new plan in motion that has catastrophic consequences.

The Task Force investigates an organization of bank robbers with a special expertise in stealing from other criminals. Meanwhile, an old blacklist case resurfaces.

Red and Dembe go to great lengths to fulfill the final wishes of a dear friend. Aram goes undercover as an interpreter to a company that provides services to criminals, while Park helps a friend in trouble.

The Task Force must race to stop simultaneous danger presented by two blacklisters. Cooper approaches a congressman for intel.

The Task Force investigates the apparent disappearance of a defense contractor. Cooper receives an unexpected offer and Red makes a connection.

The Task Force is thrown for a loop when they encounter a nefarious enterprise that provides doppelgängers for criminals. Red scrambles to counteract a bold move by Liz.

Red and Dembe land in peril when Townsend deploys a torture specialist who uses unorthodox methods to interrogate her victims.

The Task Force attempts to stop an abduction by searching for a "treasure man" who uses geocaching to hide illicit goods and facilitate transactions between otherwise warring criminal factions.

The Blacklist All TV Seasons

With his back against the wall, Raymond Reddington (James Spader) faces his most formidable enemy yet: Elizabeth Keen (Megan Boone). Aligned with her mother, infamous Russian spy Katarina Rostova, Liz must decide how far she is willing to go to find out why Reddington has entered her life and what his endgame really is. The fallout between Reddington and Keen will have devastating consequences for all that lie in their wake, including the Task Force they helped to create.

Odell makes Hearst a proposition involving 'the color,' causing his mother to fret for his safety. The camp elders hold another Gem meeting, complete with peaches and cinnamon, to map out a strategy to deal with Hearst. Their solution, proposed by Bullock via a letter to the family of a slain Cornishman, promises to make news in 'The Pioneer.'

As a convalescing Swearengen bridles, Cochran schools Burns and Dority in how best to assist his recovery. Alma is also feeling unwell, in the mornings. Unexpected profits at the Chez Ami lead Tolliver to a discovery about Wolcott. Bullock protects Commissioner Jarry from an angry mob, which redirects its ire.

Merrick goes overboard printing rumors in the 'Pioneer,' earning rebuke from Swearengen. Tolliver aims to fleece Mose Manuel of his bloodstained profits. Utter's enraged when Wolcott interrupts his and Bullock's interrogation of Mose. Alma's note causes Swearengen to amend his deal with Miss Isringhausen. Jane and Stubbs continue their alliance.

Bodie's effort to improve sales ends disastrously, forcing Bell to rethink his strategy. Ziggy pulls Johnny Fifty into a new caper that should make the Greeks pay off big. McNulty, undercover and outnumbered in the brothel, awaits 'rescue.' Daniels and Pearlman stay cool as Valcheck fumes over the change of targets--and Burrell pulls the rug out from under him.

In the pilot, Baltimore homicide detective Jimmy McNulty gets into hot water and winds up assigned to a detail of narcotics outcasts charged with investigating drug lord Avon Barksdale and his powerful operation in Franklin Terrace. Meanwhile, Avon's nephew D'Angelo is fresh off beating a murder rap, but he finds himself demoted upon his return to the gang.

Port In a StormThe Wire, Season 2

In the Season Two finale, the Detail has a setback, while Russell and Bunk revisit Philly to look for evidence. Brother Mouzone talks with Stringer Bell about their agreement, leaving Bell to contend with a dissatisfied Avon Barksdale. Bubbles and Johnny pull another caper and McNulty and Greggs return to the Westside, where they discover new connections.

Christopher Meloni stars as Elliot Stabler, who returns to the NYPD to take on the city's most powerful organized crime syndicates and rebuild his lif...

At the lowest point in their friendship, Daryl & Carol come to a fork in the road and head their separate ways. Carol returns to Alexandria, while Dar...

An "introverted" player makes a big, public announcement about their future, as the Finals draw near. TJ shows up at Headquarters with a shocking requ...

When one agent learns she is at the bottom of her alliance, she realizes she must do whatever it takes in order to look out for herself. Two untrustwo...

The hospital ventilator shortage has the doctors gravely concerned; Hayes' high-risk sister-in-law with multiple sclerosis ends up in the hospital wit...

Frank takes matters into his own hands to save Gormley's career when the officer is accused of using excessive force after decades-old complaints agai...

Daisy remains at odds with Gary and Natasha, feeling a lack of support from all directions. When Parsifal arrives in the picturesque port of Hvar, Cap...

Kyle informs Lilly that he's willing to do anything to show his love for Donald. Ironically, Bobby is outside willing to put his life on the line for ...