Officers Nolan and Bradford hope they can de-escalate a drug war before any innocent lives are lost; Officer Harper hopes she can get Officer Chen ready to go under cover..

Triple Duty from The Rookie Comments

Headed DownhillSeems like the good writing is gone, episodes full of tired stereotypes... it's sad because this was a great series.MdmTxScore: 2/5

...One step backWhile still a good show, it's attacking a part of it's audience and only presenting one side of the narrative. There's a sub-culture out there that caused billions in damage (to mostly minority businesses) and lots of lives over the last year+ in mostly peaceful protests - much of it in the LA area. Why hasn't that been covered? Why hasn't the cultural disparities leading to high crime been covered. If you're going to tackle a sensative issue, why not tackle them all? Hoping to see those topics covered next season, or another viewer will depart....Lady_HelmetScore: 4/5

Litterally the bestI live this show so much its my favorite.BcjziqpqpejdnfbchhrbScore: 5/5

Episode 7Was a total waste of time I want a refund..Yo49erScore: 1/5

Love it!!Started it cause I was a firefly fan- Nathan Fillion. Stayed cause the show is awesome and I love the entire cast. I’m hooked!.Torch7Score: 5/5

Political trashThis show started out phenomenal. Season 3 took a turn to promote bashing cops and white people because the domestic terrorist blm thinks they’re owed something. This season is a flat out disgrace. It’s a cesspool is blm cry babies. I’ll finish the season out; Hopefully they drop blame game and pitty party and get back to being a great tv neutral tv show instead of leaning toward any one political view..LucianWintersScore: 1/5

Another PC show.We get it. All white cops are racist or stupid. I am sorry, but I will no longer watch this show because of the direction it has taken. 2020 is over, so much for healing in 2021. Let's keep up the division. Done with this show..AmmariSkyScore: 1/5

That's entertainmentIf what you enjoy in a show about a police force is action, car chases, tough characters, and body counts, this show is not for you. If you dislike entertainment which tries to reflect and relate to current issues, this show is not for you either. If you want a well-written, relevant, thoughtful representation of issues too deep to do justice to in a 1-hour drama - but you appreciate any address of those issues - you should check this out. The show doesn't focus solely on subjects that are here called "woke" or "PC", and folks who complain about those subjects are looking for some form of entertainment that doesn't acknowledge or require thought..Her pegshipScore: 5/5

PC rabbit holeOnce a great show that has gone down the path of being overly PC . Would have gotten the same point across If they had followed Blue Bloods stance, present both sides and still make everyone happy and talk about important issues without truly painting one side or the other as evil. Instead they went full bore down the path of saying all cops would shoot a man just for the color of his skin. Gonna have to drop this series..Pballer4488Score: 1/5

RUINED a Good SeriesDO NOT WASTE YOUR MONEY and/or TIME. Seasons 1 & 2 were GREAT, BUT they’ve gone FULL “WOKE,” which is WORSE than for other shows GIVEN IT’S A “COP SHOW” THAT HATES COPS. So SAD 👎👎.JCarver.AuburnScore: 1/5 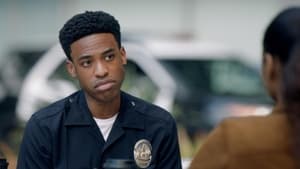 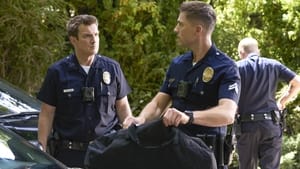 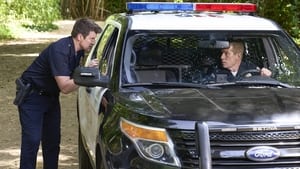 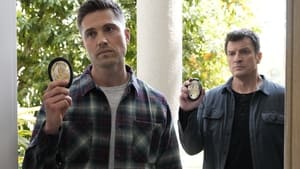 The Rookie, Season 3 Other Episodes

Nearing the end of his training, John Nolan now faces his biggest challenge as a police officer when he must come to terms with the choices he has made in pursuit of the truth.

Officer John Nolan and Officer Nyla Harper are assigned to a community policing center in an attempt to rebuild their station's reputation in the community.

Officer Jackson West's relationship with his new training officer, Stanton, escalates, and he begins to work with Sgt. Grey to find a solution.

Officer Nolan is taken hostage by a man with nothing to lose; Officer Jackson and his training officer, Officer Doug Stanton, reach a tipping point in their relationship that could end Jackson's career.

Officer Nolan's decision to return to school to become a training officer proves to be much harder than he expected; Officer Chen considers going into undercover work after getting a taste of the job.

The team gets the true-crime docuseries treatment when it analyzes a recent case featuring a former child actor whose adult life has garnered him a cult following.

Officer Nolan, Officer Harper and Detective Lopez are assigned to the kidnapping of the son of a criminal court judge who has a long list of enemies who could possibly be involved.

An Amber Alert sends the team on a race against time to find a newborn infant who was stolen from a local hospital; Officers Jackson and Chen work their last shift as rookies as Officer Nolan continues for 30 more days.

Harper and Nolan respond to a bank robbery in progress and realize the motives of the thief run much deeper than just needing money; Jackson and Chen's first day riding without training officers isn't what they thought it would be.

When professor Fiona Ryan's car window is smashed following a series of mysterious notes, Nolan volunteers to guard her house overnight; Lucy notices that Tim is being much nicer to his new trainee than he was with her and she does not like it.

After rushing his son to the hospital following his collapse, Nolan is reunited with his ex-wife, and they must come together to help their son; Detective Lopez discovers La Fiera is in the same hospital and wants to find out exactly why.

Officer Nolan mildly injures himself while chasing down a shoplifter and the local district attorney wants to charge the suspect with assault, despite Nolan's wishes; Lucy goes undercover; Lopez's wedding venue is seized by the FBI.

The Rookie All TV Seasons

Starting over isn’t easy, especially for small-town guy John Nolan who, after a life-altering incident, is pursuing his dream of being an LAPD officer. As the force’s oldest rookie, he’s met with skepticism from some higher-ups who see him as just a walking midlife crisis. If he can’t keep up with the young cops and the criminals, he’ll be risking lives including his own. But if he can use his life experience, determination and sense of humor to give him an edge, he may just become a success in this new chapter of his life.

Six months into his career as a cop, John Nolan, the oldest rookie in the LAPD, has used his life experience, determination and sense of humor to keep up with rookies 20 years his junior. But as he embarks on the second half of his rookie year, Nolan will be put to the test by a host of new challenges, romantic relationships and deadly criminals, as he looks to figure out what kind of cop he ultimately wants to be.

John Nolan, the oldest rookie in the LAPD, has used his life experience, determination, and sense of humor to keep up with rookies 20 years his junior. Nearing the end of his training, Nolan now faces his biggest challenge as a police officer yet when he must come to terms with the choices he has made in pursuit of the truth.

John Nolan, the oldest rookie in the LAPD, has used his life experience, determination and sense of humor to keep up with rookies 20 years his junior. Nearing the end of his training, Nolan now faces his biggest challenge as a police officer when he must come to terms with the choices he has made in pursuit of the truth.

A former drag racer schools the ladies in the art of drag queen behavior.

You Have to Pick One This TimeLegacies, Season 4

After learning that Malivore has taken over Landon’s (Aria Shahghasemi) body, Hope (Danielle Rose Russell) and the Super Squad come up with a risky ...

Before vacation is over, the housemates shred the gnar in their most insane outfits yet. The flame between Jason and Lindsay ignites in surprising w...

Death Is the Rule. Life Is the ExceptionNew Amsterdam, Season 4

The citizens of South ParQ are clamoring for the COVID-19 vaccine. A hilarious new militant group tries to stop the boys from getting their teacher va...