Four designers compete for only three spots in the Season 19 finale. For the last challenge, the designers will need to show the judges their brand and vision for the future of fashion in a single look..

The Sky Is the Limit from Project Runway Comments

Please wait! The Sky Is the Limit episode comments loading...

The Sky Is the Limit - Project Runway S19E13 Reviews

What happened to it being about fashionI have watched this show since the beginning and will admit ever since Heidi and Tim left it has not been the same. Trying to remain a project runway fan but this season has me less than convinced on watching future seasons. It seems to be all about race and less about fashion. Race does not determine creativity and i feel every other episode is about being a minority and not being able to show the world that other races can design too. We have a world with an abundant amount of foreign/colored/Latin/Asian/European designers nobody got knocked for their color of skin if it wasn’t fashionable it wasn’t working. Hate to see that this minority and oppressed vocabulary/way of thinking has taken over the meaning of everything else. Being a minority myself I can say it is not needed if what you designed is ugly it’s ugly has nothing to do with where you come from. Disappointed..SadesDScore: 4/5

Woke, Woke, WokeI am sorry that I purchased a Season Pass - Up to now this has very little to do with Fashion and everything to do with Race ! The clothes on Episode 2 were unwearble anywhere except for Carnival..Cessie3Score: 1/5

Back to the originalSo a few years ago I stopped watching Project runway Heidi Klum and Tim Gunn had left and they were very big personalities that made the show really fun to watch. I understand changed over to making the cut on Amazon love the first season second season rolled around and I was extremely disappointed not only in the contestants but then the designs as well I don’t know if it’s because it was filmed during Covid they had limited people but let’s get back to project runway . Like I said I haven’t watched it for a few seasons because of them leaving being disappointed with the latest season of making the cut I saw that the new season was starting it decided to give it a watch. And I can say I was put right back into the original seasons there was a drive there was drama there was fun and there was a great fashion and that’s what I love to see . Overall the first episode itself was great and I can’t wait to continue to watch these contestants going forward until the finale I’m back to being a project runway fan..Kyle87Score: 5/5

What is going on?I purchased a Season pass but now I’m being told to purchase Episode 11 - what gives?.Mary SaucierScore: 1/5

BVGKENN DojaCat: believe in yourself never give up the sky is the limit a goal without a plan is just a wish .BVGKENNScore: 2/5

NFT_O_JProjectKaitoNFT 1) Jason Paige 2) Since I heard about this fabulous project I had to find some meaning and it sa… .NFT_O_JScore: 5/5

Rosi_400Velolique Depends which way you want to do it, fast? lengthen it for satisfaction? The limit is the sky nena (｡•̀ᴗ… .Rosi_400Score: 3/5

JessicaLYatesWhat a blessing this year has been! The sky is the limit! .JessicaLYatesScore: 1/5

FightMA247 M2_QBacademy: Completely confident in this statement- not many QB’s in the country with this arm talent/potential. Keep grinding Brady….FightMA247Score: 2/5

Kassam_aminGOP He can go on forever breaking gas price records the sky is the limit as long as he doesn't have to pay from his minimum wage.Kassam_aminScore: 4/5 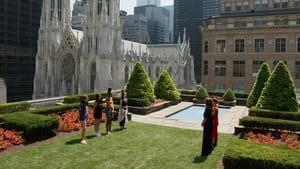 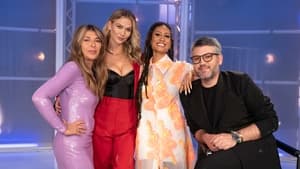 The season premiere begins at the iconic Lincoln Center where Christian Siriano, Nina Garcia, Elaine Welteroth, and Brandon Maxwell welcome a talented group of new designers eager to show the world their skills and creativity.

In their first individual challenge, the designers take on streetwear - the most relevant and individualized style in fashion.

It's Halloween and Christian has a few tricks up his stylish sleeve. The designers are sent to sleep in a haunted mansion to find inspiration for their challenge.

For their fourth challenge, the designers show up to discover their work room has been "flower flashed!"

For the first time ever, our designers will collaborate with some of New York City's most talented accessory designers who - like our designers - are all working to revitalize the fashion industry.

It's the avant garde challenge! Working in pairs, the designers must create innovative avant garde looks highlighting one of the most trendy and complicated of materials, faux fur.

This week the designers are challenged to solve one of fashion's eternal struggles; can comfortable really be chic?

The designers fall for an age-old prank when they're invited out for cocktails by Christian Siriano only to discover that it's actually challenge-time, not party-time.

Bravo's Real Housewives of Potomac, Orange County and New York City bring their signature attitudes to the catwalk for a client challenge like no other.

It's time for a twist... a hair twist, that is! In this one day challenge, the designers are each teamed with an up-and-coming hairstylist for a head-to-toe fashion collaboration.

For the first time ever in Project Runway history, the designers will be creating looks for the same Supermodel in this one-of-a-kind challenge.

This season, as the fashion industry evolves, so does our runway with a new design aesthetic and additions to the judging panel: supermodel and entrepreneur Karlie Kloss joins as host with former Project Runway champion and celebrated CFDA fashion designer Christian Siriano as the mentor. ELLE Editor-in-Chief Nina Garcia returns as a judge, along with famed fashion designer Brandon Maxwell, and journalist and former Teen Vogue Editor-in-Chief Elaine Welteroth. The new look and feel continues with 16 new designers from across the United States and abroad who will compete for the coveted spot of a lifetime, a chance to show their collection during an exclusive runway show for industry insiders and influencers, as well as win the largest cash prize in the show's history. With an all-new runway and workroom furnished with sewing and embroidery machines by Brother, a glam room for the models outfitted by TRESemmé and Maybelline, along with challenges that embrace the nuances of the fashion industry—including flash sales, fast fashion, the inclusion of plus-size models, Instagram, a special Elton John challenge inspired by Paramount Pictures' Rocketman, and so much more. The runway game changes forever beginning now.

Bravo's Emmy-winning competition series "Project Runway" returns for another season of high stakes and fierce fashions. Returning mentor Christian Siriano, along with judges Nina Garcia, Brandon Maxwell, and Elaine Welteroth, takes on 16 new designers from across the United States and abroad, each ready to prove they have what it takes to show a collection at New York Fashion Week and be the next great name in fashion. Each 90-minute episode will test the contestants' creativity and technique with challenges such as producing a "hauntingly" chic look, an avant-garde look from faux fur, an unconventional cocktail dress with a twist, and in a Project Runway first, the ultimate "Real Housewives" reunion outfit for women from "The Real Housewives of Orange County," "The Real Housewives of New York City," and "The Real Housewives of Potomac." Runway shows are taken to new heights at cultural destination Lincoln Center and the beautiful hidden gardens at Rockefeller Center. Additionally, in the custom digital series "Project Runway Redemption," which premieres on Thursday, September 9, with new episodes airing every week until the "Project Runway" premiere, alums from "Project Runway" seasons 17 and 18 go head to head for a chance to win $25,000.

The fashion competition is back with 16 new designers ready to wow host Karlie Kloss, mentor Christian Siriano, and judges Nina Garcia, Brandon Maxwell, and Elaine Welteroth with their jaw-dropping fashions. The designers will be more dynamic, the runway shows will be more breathtaking, and the critiques will be more intense than ever before. Project Runway will be bringing back some elements of the competition that fans know and love, including the "Siriano Save," which gives Christian the opportunity to bring one eliminated designer back into the competition, and the chance to present a final collection at New York Fashion Week. The Project Runway Season 18 premiere takes off with the designers meeting at the TWA Hotel at JFK Airport before pairing up to collaborate on cohesive pieces inspired by space exploration. The judges' winning look and a fan-favorite look will be manufactured in the USA by Nineteenth Amendment and sold on BravoTV.com/ProjectRunway. Of course, there's nothing like the pressure of the Project Runway workroom. With epic challenges, medical emergencies, and clashing contestants, there will be no shortage of drama in Season 18.

The Sky Is the Limit Similar TV Episodes

Harry, the alien, is back on earth but doesn't remember who he is and only Asta can keep him safe.

A public flame-out forces 20-something alcoholic Sam to move back home with her overbearing mother, Carol. Surrounded by all the triggers that made he...

Tired of being chased by an evil A.I. and her robo-soliders, Sara decides to create an aberration that will allow the Legends to take back the Evil Wa...

The ancestors of today’s Maya people thrived in hundreds of cities across Central America for centuries. Why, around 800 CE, did the major cities in...

The Beginning of the EndSister Wives, Season 16

After a family gathering, the Brown family has their first COVID exposure. A conversation with Kody is the last straw for Christine, and when he retur...

When he hears that Serano is out on bail, Dan panics and asks Liam for help; Geri decides to have an open mic night at the Side Step and encourages Au...

Raymond Reddington and the members of the FBI Task Force have disbanded with Reddington's whereabouts unknown. When one of their own is injured in the...

An alien hiding in a small Colorado town meets the locals when they ask him to help solve a murder.

The entire cast begins to let loose and form new friendships, while a new dad joins the group. Leah decides to invite someone special to the reunion w...

After a negative teacher review, Janine gets a confidence boost when a student gets transferred from Melissa’s class into hers, but it turns out the...