An encounter with land-bound pirates forces Galavant, Isabella and Sid to learn how to get over their petty squabbles and work together. Meanwhile, King Richard tries a new tact to win Madalena's love..

#RenewGalavantTHANK YOU FOR BRINGING THIS TO iTUNES! I literally knew nothing about this show other than the commericials on ABC but thought I'd give it a shot because it looked promising and wow, I have no regrets in finally watching it when it first aired. Actors were well-suited for their roles, characters were all likeable and loveable in their own ways, songs were fun and strangely addicting to listen to and the story was somewhat predictable but still really lovely to watch unfold. And with the show only being scheduled for 8 episodes and the way it ended, I want to show my support in every way possible and purchasing it!.鏡音レンくんScore: 5/5

Bring it backIt was a shame this show was canceled. It was wonderfully written, directed, acted, and Alan Menken better win that Emmy. Bring it back for a movie or a third season..StephenmuppetstoogesScore: 5/5

Good but ehhBought the 2nd episode and didn't hate it. 20 years old and a fan of brooks and monty. I think this show has some good potential but not for abc, the writers are clever in making adult/funny jokes for a pg rating, but it feels like its being restricted in humor. Im hoping this show can surprise me..CoreborScore: 3/5

Loving ItIt has humor twists and turns sometimes the song are meh. But it hits home reminds me of the stuff I liked as a kid with an adult twist. If you don't like this show like Timothy said....you have no soul. To each his own...I can't wait for season two..[email protected]Score: 5/5

Hilariously cheesyI don't know who greenlit this but they deserve a promotion wrapped in bacon in a champaign glass..David ChartierScore: 5/5

Huh.. It’s actually original.When I first heard of Galavant I thought it was some extra show Disney pinned on to attach to Once Upon A Time (a good show nonetheless). But to my upmost surprise… it’s actually funny and original. I know, who would’ve thunk it? This show managed to hit my soft spot for theatrical comedies and musicals and kept me laughing as I listened to its list of galavanting songs and cheeky dialogue (sorry about the pun). I would say this is a must-watch if you’re a fan of musical comedies and clever writing, and I mean MUST!!! Seriously, it’s great time watching this and it’ll keep you chuckling to yourself as you watch characters have their own unique personalities from their typical character archetypes. So in conclusion… FUN!!! HILARIOUS!!! SINGING!!! GALAVANTING!!!.AMRakovScore: 5/5 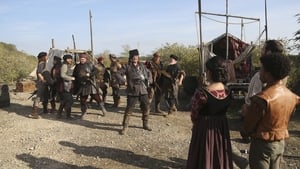 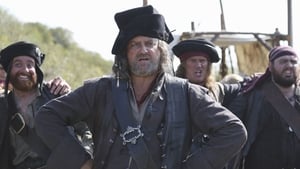 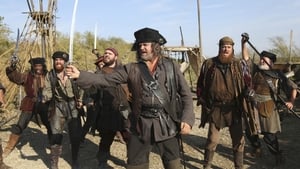 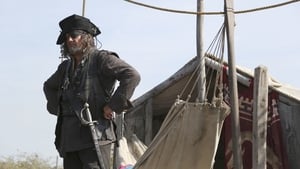 When heroic, charming and handsome Sir Galavant loses his true love, the beautiful Madalena, to evil King Richard's wealth and power, he falls into a deep and drunken despair. Just as our hero hits rock bottom, Princess Isabella shows up with a quest to save her kingdom, defeat the despicable King Richard, and provide an opportunity for Galavant to reclaim Madalena. Galavant is off to become a hero again and strike a blow for true love--but first, Galavant has to fit into his old hero pants.

Galavant enters a jousting tournament against a boastful rival, Sir Jean Hamm (guest star John Stamos), to test his return to heroic form (and win some much-needed traveling money and a really nice rooster). But it quickly becomes clear that Galavant is a long shot to win. Meanwhile, King Richard asks Gareth to help him become a bit more macho so that Madalena won't despise him quite so much.

A visit to Sid's hometown reveals he has not been truthful about his career path. While Galavant and Isabella back up Sid's stories, King Richard decides to throw a ball to cheer up the people of Valencia.

As our heroic trio finally approaches Valencia, they find shelter and doo-wop among local monks who have taken a vow of singing, led by Confessional Monk (Weird Al Yankovic). Madalena, frustrated with King Richard, decides to take matters into her own hands with her own devious plot involving the besotted Chef and her winsome handmaiden, Gwynne (Sophie McShera).

While Galavant struggles with the realization about his true love, King Richard goes on a voyage of self-discovery, thanks to a potion from the magician, Xanax (guest star Ricky Gervais). As Galavant draws closer to the woman he really loves, an emboldened King Richard starts to assert himself, just as his meaner, elder brother returns-Kingsley (Rutger Hauer).

Thinking about being in a relationship, Isabella wants Galavant to try to impress her parents with attentive small talk, but he's confident that breaking everyone out of prison will impress them and save them from certain death. Galavant gets his opportunity for a hero moment when King Richard challenges his brother to a duel and needs a champion to fight for him.

Galavant enlists King Richard in a plot to kill Kingsley before the duel but ends with a drunken whimper. Will Gareth kill King Richard in the duel? Will Galavant rescue everyone? Will Madalena find a new "boy toy?" The answers are very different from what you expect.

Galavant is a musical comedy fairytale of epic proportions. Dashing Galavant lost the love of his life to the evil King Richard. Now, our fallen hero is ready to take reclaim his “happily ever after.” But it won’t be without twists along the way.

Having discovered the dark side of Madalena, our dashing hero's adventures continue as he embarks on an unlikely bromance with King Richard and fights to rekindle the romance with his true love, Isabella.

Some people have friends in low places and some have them in the highest place possible: The White House! From the 92nd Street Y in New York City, Rick Cleveland, former writer/co-producer for "The West Wing" and HBO's "Six Feet Under" as well as a breakthrough performer at the U.S. Comedy Arts Festival in Aspen, brings viewers along on a fictional journey with his "buddy" Bill Clinton. Through the halls of Washington, to the beaches of Malibu and the coffee shops of Amsterdam, Cleveland's tale is one that is hilariously unforgettable.

Jo Koy talks about life growing up with a Filipino mother, how everyone in LA is an actress, and speculates how long it took God to create the male and female sex organs in this half-hour stand-up special.

It's chaos in the lounge when one of the queens is devastated and threatens to leave the competition.

Mike Birbiglia shares his childhood artwork and his tendency to drink at the Laundromat.

Hosts Andrew Santino and Sarah Tiana hit the red carpet to interview Justin Bieber, Roast Master Kevin Hart and other members of the star-studded dais about what to expect when the Roast gets underway.

Episode 1A Discovery of Witches, Season 3

Matthew and Diana return from Elizabethan London to discover a chaotic scene. Peter Knox’s attack has left Em dead and Sept-Tours in shock. Amongst ...

Nine food truck teams converge in Laguna Beach, CA, and begin the battle to win the hottest season ever. One team with stellar sales gets less than st...

When the team works with a group of astronomy experts to conduct a telescope and rocket experiment at the Triangle Area on Skinwalker Ranch, they have...

Duffey finds herself torn between choosing her DJ career or family, while Brandi and Malaysia deal with the fallout from their former friendship in th...

Kyle invites her friends to the desert for the launch of her new store. Sutton apologizes to Dorit for seeming unsympathetic following her traumatic h...

I Wouldn't Be Standing Here If It Weren't For YouLegacies, Season 4

Part one of the Season Finale. Everyone on the Isles prepares to celebrate the Day of Unity.