Thinking about being in a relationship, Isabella wants Galavant to try to impress her parents with attentive small talk, but he's confident that breaking everyone out of prison will impress them and save them from certain death. Galavant gets his opportunity for a hero moment when King Richard challenges his brother to a duel and needs a champion to fight for him..

My Cousin Izzy from Galavant Comments

Amazing, please have a second season!! Oh my gosh! I absolutely love this show. At first I was a little unsure but after my brother and I watched the first 3, we were hooked. Galavant is an amazing show, a must watch. I really hope that it gets picked up for another season! The characters, choreography, singing (voices) are brilliantly done. Thanks for making such an amazing series! :).Kristian DillonScore: 5/5

THIS SHOW IS THE BEST THING EVERI've watched ever episode at least 10 times each. I LOVE IT SO MUCH. It's hilarious and the songs ARE AMAZING. I recommend GALAVANT to any one who ever lives. I'm so obsessed with this show ITS SO AMAZING, If I could give it more than 5 stars I WOULD. This show is gr8 and everyone should watch it!!!!.David-PringlesScore: 5/5

Absolutely Hilarious!!!!Great songs, with a hilarious characters and plot. Every musical/ fantasy nerd's dream. I love that it's not afraid to make fun of itself not only as a musical or fantasy but also as a Disney show.TeaSpoonArtsScore: 5/5

The Musical SeasonOkay, Yes I have watched the first episode but its funny. Especially for ABC, Never in a million years would you think a musical Tv Show would be here. I Love the Singing, the dances, everything about. The cast is great and Timothy is actually quite brilliant. I think yes. I hope it goes for a second season. Although I do want someone to say 'Why is Everybody Singing Just once!' It really is an Original..Amberlynn102Score: 5/5

Need To Laugh?This series was such a pleasant surprise of hilarity. Cast. Costumes. Singing. Dancing. Accents. Storyline. Direction. Under one umbrella, this series was a slice of heaven on earth. I use the verb "was", because the series sadly ended after 2 seasons. I want MOAR. And I added this series to my collection..Awe HealScore: 5/5

I need season 2 pronto!I loved this show so much! The characters are all great, the songs will get stuck in your head for weeks, and when it's over, you'll want to watch again. I highly recommend to people who enjoy shows that do not take themselves too seriously. This show knows that it's ridiculous, which is why it's so much fun. Also, if you do not love King Richard, I don't know what to say to you..Shelly1502Score: 5/5

Bring it backIt was a shame this show was canceled. It was wonderfully written, directed, acted, and Alan Menken better win that Emmy. Bring it back for a movie or a third season..StephenmuppetstoogesScore: 5/5

One of my favsI love this show! The humor is amazing. This show is by far one of my favorite shows this year!!.BlueyedsweetScore: 5/5

Huh.. It’s actually original.When I first heard of Galavant I thought it was some extra show Disney pinned on to attach to Once Upon A Time (a good show nonetheless). But to my upmost surprise… it’s actually funny and original. I know, who would’ve thunk it? This show managed to hit my soft spot for theatrical comedies and musicals and kept me laughing as I listened to its list of galavanting songs and cheeky dialogue (sorry about the pun). I would say this is a must-watch if you’re a fan of musical comedies and clever writing, and I mean MUST!!! Seriously, it’s great time watching this and it’ll keep you chuckling to yourself as you watch characters have their own unique personalities from their typical character archetypes. So in conclusion… FUN!!! HILARIOUS!!! SINGING!!! GALAVANTING!!!.AMRakovScore: 5/5

Lahey_izzyStilinskiAngry Izzy nods, “We definitely don’t need that. I’ll do whatever it takes to get my cousin and anchor ba… .Lahey_izzyScore: 4/5

BryBrightsideC4nTSt0pM3LOL My family same thing. They helped my n cousin who plays the game, but not us. Not when Sarah was liv… .BryBrightsideScore: 5/5

Step2ToriMy new name according to this quiz 😮 is Izzy my sister? Cousin? 🤔🤔🤔🤔 .Step2ToriScore: 5/5

StilinskiAngryLahey_izzy "I want my husband!" Sydney screamed, anger coursing through her as Cora stepped out from the shadows.… .StilinskiAngryScore: 3/5

Lahey_izzyTHE0THERLAHEY “Lot easier said than done, but I’ll try my best.”, says the witch to her cousin as she noticed how anxious Stiles was..Lahey_izzyScore: 4/5

THE0THERLAHEYLahey_izzy "Yes my dear cousin. Yes we do" Issac said as he crossed one leg over the other. "You sure you wanna… .THE0THERLAHEYScore: 1/5

Izzy_TaughtMe danny_blanks: this was not in the choreography. why my little cousin do this at the end? 😂 .Izzy_TaughtMeScore: 4/5

Lahey_izzyEveraalahey Izzy held her cousin close to her body as she gently whispered, “I’m not sure either, but I’m going to… .Lahey_izzyScore: 2/5

Izzy_hereeeBro omg my cousin just called her baby daddy’s mom on him and she said, “ okay i’ll go get him bye”.Izzy_hereeeScore: 3/5

Yung_Kvng_IZZYMy lil cousin really got assault charge in Texas for a fight he help his friend in boy ain’t kno fuckin way.Yung_Kvng_IZZYScore: 2/5

Lahey_izzyEveraalahey izzy let her cousin explore the house, “just don’t go into the room past my bedroom, it’s my witch roo… .Lahey_izzyScore: 1/5

Gezzy504HighHeelEsquire That’s my baby cousin IZZY she is now 8 and speaks 3 languages 😊😊.Gezzy504Score: 1/5 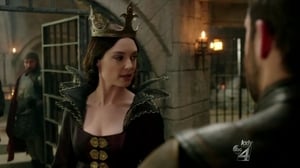 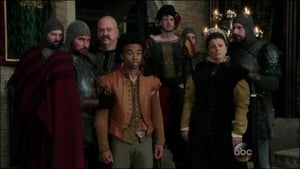 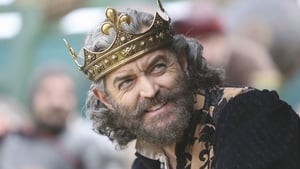 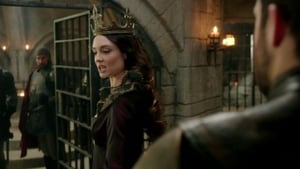 When heroic, charming and handsome Sir Galavant loses his true love, the beautiful Madalena, to evil King Richard's wealth and power, he falls into a deep and drunken despair. Just as our hero hits rock bottom, Princess Isabella shows up with a quest to save her kingdom, defeat the despicable King Richard, and provide an opportunity for Galavant to reclaim Madalena. Galavant is off to become a hero again and strike a blow for true love--but first, Galavant has to fit into his old hero pants.

Galavant enters a jousting tournament against a boastful rival, Sir Jean Hamm (guest star John Stamos), to test his return to heroic form (and win some much-needed traveling money and a really nice rooster). But it quickly becomes clear that Galavant is a long shot to win. Meanwhile, King Richard asks Gareth to help him become a bit more macho so that Madalena won't despise him quite so much.

A visit to Sid's hometown reveals he has not been truthful about his career path. While Galavant and Isabella back up Sid's stories, King Richard decides to throw a ball to cheer up the people of Valencia.

As our heroic trio finally approaches Valencia, they find shelter and doo-wop among local monks who have taken a vow of singing, led by Confessional Monk (Weird Al Yankovic). Madalena, frustrated with King Richard, decides to take matters into her own hands with her own devious plot involving the besotted Chef and her winsome handmaiden, Gwynne (Sophie McShera).

While Galavant struggles with the realization about his true love, King Richard goes on a voyage of self-discovery, thanks to a potion from the magician, Xanax (guest star Ricky Gervais). As Galavant draws closer to the woman he really loves, an emboldened King Richard starts to assert himself, just as his meaner, elder brother returns-Kingsley (Rutger Hauer).

Galavant enlists King Richard in a plot to kill Kingsley before the duel but ends with a drunken whimper. Will Gareth kill King Richard in the duel? Will Galavant rescue everyone? Will Madalena find a new "boy toy?" The answers are very different from what you expect.

Galavant is a musical comedy fairytale of epic proportions. Dashing Galavant lost the love of his life to the evil King Richard. Now, our fallen hero is ready to take reclaim his “happily ever after.” But it won’t be without twists along the way.

Having discovered the dark side of Madalena, our dashing hero's adventures continue as he embarks on an unlikely bromance with King Richard and fights to rekindle the romance with his true love, Isabella.

New Yorker Alonzo Bodden shares his thoughts on stereotypes and how to deal with security issues.

Maria Bamford is a small town girl who hits the big time in this Comedy Central Presents stand-up special.

Ventriloquist Jeff Dunham introduces you to his favorite dummies.

Patton Oswalt brings his biting view of life and people to the stage in this Comedy Central original one-hour stand-up special.  A popular and prolific comic, Oswalt has appeared on numerous TV shows, including "The King of Queens," "Seinfeld" and "NewsRadio."

Between a Brock and a Hard PlaceVanderpump Rules, Season 9

Ariana and Katie meet with Randall about investing in their sandwich shop, while Sandoval gets cold feet about helping Brock with his latest scheme to...

Sophia Bush and Jason Isaacs star in a drama about Dr. Sam Griffith, a gifted heart surgeon who excels in her new leadership role as chief of surgery ...

The queens put their design skills to the test in a Double Ball challenge, stomping the runway in 42 fashion looks. Christine Chiu (Bling Empire) gues...

Tarek and Christina head to Huntington Beach, California, to check out a large home in a nice neighborhood. The home is dated and has a boxy layout, b...

The Playboy LegacySecrets of Playboy

Hugh Hefner sold himself as a champion of free speech who created the Playboy brand to set off a sexual revolution that would liberate men and women a...