Not worth your time and not worth 99 cents for rental, believe me the hype is from the people who were involved with making this 1960’s horror flick. It’s worse then you can imagine, for it being a recent release from a few years back. Movie making at its worst!

$.99 would have been too much, had to leave it in 1 minute. Garbage

I loved this movie

ratioblue - The Best Anthology Ever!!!

This movie kept creeping up as recommended but it never caught my eye... until I realized that the guys who made all the V/H/S movies also made this one as well as perform in it. Each story is just great and could even stand on its own. There’s almost everything in this film from intense creepiness to humor... it’s definitely a fun ride! I was so impressed with this film that I couldn’t stop recommending it to everyone. The quality of the film (well, each of them and as a whole) is amazing; the production cost was clearly way higher than any of the other anthology films they made before (even though those films were still excellent). The acting is great too... I mean everyone in it was amazing. I also like how they didn’t ‘answer’ everything for you... it leaves you to reflect on some things... very interesting things. The way they relate all the stories was really creative as well. Overall, this is definitely become one of the best films I’ve ever seen! And I’ve seen ALOT!

Stevelknievel 0 - A fresh take on a classic anthology format

5 creepy stories woven together with a splash of blood and lots of violence. A great modern take on a classic horror format. Made me intrigued to the point that I looked up additional info on the movie afterwards. Also, I had disturbing dreams that night. Well done, Southbound! Highly recommended

This was the worst movie ever. Absolutley worhtless. Don't waste your time or money.

SeattleMoose - It Was Uneven But Overall A Good Rental

The beginning is killer as the creatures are awesome. But some of the flashbacks and plot turns play together while others just seem disjointed with no resolution. I would not buy this. But as a rental, yea it has some scary moments and interesting stuff going on.

In my top 10 favorites

THIS IS LITERALLY MY FAVORITE MOVIE EVER

Southbound is a decent anthology horror flick. It's nice to see there are filmmakers out there paying homage to John Carpenter the correct way, instead of trying to steal his glory by making garbage remakes of his films. Pretty good gore FX and a haunting synth 80's soundtrack help to make this worth your attention. If you're a fan of films like Bodybags or In The Mouth Of Madness hopefully you'll enjoy Southbound.

what was just happen???? horrible movie.

No story and not scary. Don't waste your time.

I liked this film it was a fun film. Very Twilight Zoneish. Low budgety but ok. Makes for an entertaining evening, although, not great or even remotly scary its kind of a cool road tripish film if your into it. An ok rent but not worthy of buying IMO.

This had a lot of elements in one movie

I can’t believe i just wasted my time watching this. It was awful. Ugh

Freakysexman - I loved this flick!!!!!

So so so much fun. I really enjoyed this anthology of horror. Tons of fun and very creative. Totally worth a watch.

Don't believe the hype and the fresh tomatoes. This is a forgettable and generic flick.

This movie is a bloody mess. I wish I could get my money back. Rotten tomatoes are rotten

If like me you're tiring of the 1st person camera effect and that god awful Jeruzalem film, then SouthBound is for you. It's from the guys who did VHS but without the POV. Which makes it even better. I loved VHS but the POV got boring. I also love stories that are intertwined and this does a good job. It got straight into the story and I genuinely had to fast forward a few minutes of one scene - I got that scared. I haven't done that since I was young!! Not too gory (okay a little) but more supernatural. Can't wait for their second installment.

Really impressed by this one! Didn't get bogged down in trying to explain why the bad guys were bad, and the characters were all believable. The concept design was unique, really impressed!

This movie was beyond scary and disturbing in many ways but I loved every minute of it. Giving it 5 stars!!!!

I love anthology horror. This one was creative and interesting. It may leave you with some questions, which I feel is up to you to decide the meanings. Still I am overall satisfied after watching it. Hope to see more from the makers. I'm a fan of the first two VHS films also.

A great anthology that connects together. This one is a really fun watch!

IceStationZebra - even better when i watched it again!

it was fun and fast and intriguing. everything that i thought wass familiar took cool twists. so i watched it twice and thought it was even better the second time, i had missed a lot of stuff the first time. it's a great weird one-of-a-kind movie.

sandstone - I really enjoyed this movie, a lot.

I consider myself a connoisseur of horror films so I was pretty surprised that this movie affected me as much as it did. It's not terrifying, but it is thought-provoking, creepy and so well-made. One of the best anthologies out there.

Really great atmosphere and very consistent (unlike other anthologies). Tapers off ever so slightly at the end but has great rematch value.

Could have been good; special effects wasted on a scattered storyline with zero character development.

This was a very good movie because everything was very unexpected. I would recommend this to anyone who likes to be shocked out of their minds!! 10/10 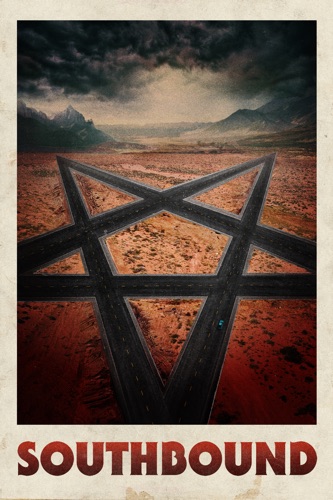