Based on the true story of Miss Shepherd (played by a magnificent Maggie Smith), a woman of uncertain origins “temporarily” parks her van in Alan Bennett’s (Alex Jennings) London driveway and proceeds to live there for 15 years. What begins as a begrudged favor becomes a relationship that will change both their lives. Acclaimed director Nicholas Hytner reunites with iconic writer Alan Bennett to create this rare and touching portrait.

The Lady In the Van Film Synopsis

The true story of the relationship between Alan Bennett and the singular Miss Shepherd, a woman of uncertain origins who ‘temporarily’ parked her van in Bennett’s London driveway and proceeded to live there for 15 years.

The Lady In the Van Comments & Critics

Please wait! The Lady In the Van movie comments loading...

The Lady In the Van Movie Reviews

Wonderful and thought provokingMaggie Smith is brilliant, left me in tears.YOGO78Score: 5/5

ArtistMaggie Smith is a great actress- and so was the other guy. But the story was bland and super bland. Disappointed with story line and ending.AjkdjkfScore: 2/5

An Over-baked CakeThis movie was like a cake that stayed in the oven too long. The movie should have ended at least five scenes before it did. Telling a back story at the end of a fairly well done movie ruined it for me..StorylvrScore: 2/5

Really hard to watchLove the cast, but this movie is a real downer!.LucyapopScore: 1/5

A poignant little film...Maggie Smith plays a wonderfully complex, stubborn, human character in Mary Shepherd — an elderly woman who lived in a van parked, in a driveway, in London, for 15 years. Told very much in the format of a diary, this moving, funny, quirky picture will make you laugh and cry. Wonderful!.SanvenScore: 5/5

MAGGIE SMITH FABULOUSNESSMaggie Smith is an amazing actress who plays the role of Mary/Margaret so incredibly well. I love this movie so so so much!.Possibly a Anjali Fan-BoyScore: 5/5

Delightful, Splendid.I wish it ran longer, I loved every minute of it. Truly lovely. A well spent evening. Now I’m going to tell everyone I know they just must watch - no- experience this brilliant movie. Thank you very very much..Sean CairneScore: 5/5

Character-Driven Biopic ComedyA British-based drama, more character-driven than action-related. "Mary" (a chameleonic performance by esteemed actress Dame Maggie Smith) doesn't necessarily evoke feelings of empathy from the viewer, as her surly & acrimonious behaviour almost leads you to believe that she is well deserving of her subjected fate. However, as far as culpability is considered (Britain's social welfare system), there may be more to Mary's predicament, than meets the eye. Three versions of Alan Bennett appear in the film: As the ubiquitous narrator, Alan the appointed caregiver (Alex Jennings, also in a brilliant disguise), and a cameo appearance by the real-life Alan Bennett.."Flash" Robert SetoScore: 4/5

Brilliant!Brilliant perfomance by Maggie Smith!!! a Moving story well told. Enjoyed it from the start to the end..Olivetree4everScore: 5/5

A bit of a sleeperWhile it had its moments, I found it slow and predictable. Most effective was the care for her shown by Maggie's "landlord"..WhitmoredonScore: 2/5

The Lady in the VanExcellent movie and story so very well performed by all actors and support staff..Sickbay rangerScore: 5/5

Not a comedyMaggie Smith is, of course, wonderful. The film was described to me as a comedy, but it is definitely a drama and at times a bit slow although it weaves an interesting portrait of various characters and their relationships..SWOntarianScore: 3/5

Absolutely Hilarious!This was the funniest movie, I would dare to say, that I've ever watched. While it is hilarious, this "true story" is heartwarming and captivating and friendly for the whole family. There was one period I laughed continuously for about five minutes, barely able to breath. While I adore Maggie Smith in practically everything she does, particularly Downton Abbey, she is exceptional in the Lady in the Van. Her acting in this film is amongst her absolute finest. This movie is definitely worth the watching!.ShaneOsmondScore: 5/5

LokpoLokpo1Peoples_pop …and this, for “Lady Of The Night”. (Wikipedia sez: “One of her first TV appearances was in the tele… .LokpoLokpo1Score: 2/5

ImlilgingDog in the gas station parking lot started barking out of a van window and some lady looks over and goes “dog shut… .ImlilgingScore: 2/5

The_Lady_Red 2Strong2Silence: See this is what a real Democrat does, defend the VP. Maybe you Karen’s are so accustomed to stabbing each other in th….The_Lady_RedScore: 2/5

The Lady In the Van Trailers & Teasers 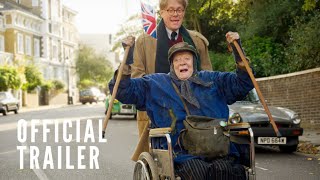 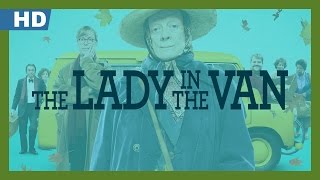 The Lady In the Van Screencaps, Images & Pictures

The Lady In the Van Posters

The Lady In the Van Movie Languages & Subtitles

The Lady In the Van Similar Movies

The Madness of King GeorgeComedy1994

The Madness of King George, Based on Alan Bennett's acclaimed play The Madness of George III, takes a dark-humored look at the mental decline of King George III of England. Taking place in 1788, the film’s story begins three decades into George's reign, as the unstable king (Nigel Hawthorne) begins to show signs of increasing dementia, from violent fits of foul language to bouts of forgetfulness. The King's prime minister William Pitt (Julian Wadham) and his wife Queen Charlotte (Helen Mirren) are determined to protect the throne during this time of weakness, when many see it as an opportunity to overthrow the unpopular George, whom they blamed for the loss of the American colonies. Although doctors are brought in, their archaic treatments of the time prove of little value and therefore, in desperation, they turn to Dr. Willis (Ian Holm), a harsh, unconventional specialist whose unusual methods recall modern psychiatry. George experiences an unfamiliar anger and haughtiness as Willis struggles to break through to the mad king. Stressing the absurdity of the entire situation, Bennett's witty screenplay emphasizes dry humor over tragedy, even utilizing references to King Lear for comic effect.

From Nicholas Hytner, the acclaimed director of the Madness of King George, The Crucible and The Object of My Affection, and Academy Award Nominated producer Laurence Mark (Jerry Maguire, As Good As It Gets) comes Center Stage. A drama with heart and energy that follows the hopes and dreams of a tight-knit group of young ballet students as they try to make a name for themselves in the competitive world of professional dance. Talented, vibrant and supremely gifted, they are students who devote themselves to dance, sacrificing ordinary pleasures of life to train for their art with the rigor of Olympic athletes. While experiencing the normal joys and sorrows, love and conflicts of life, they vie for a place in an ultra-selective professional ballet company and strive to take center stage.

The Salem witch trials of 1692 are brought vividly to life in this compelling adaptation of Arthur Miller's play, directed by Nicholas Hytner ("The Madness of King George"). A group of teenage girls meet in the woods at midnight for a secret love-conjuring ceremony. While the other girls attempt to cast love spells, Abigail Williams (Winona Ryder) wishes for the death of her former lover's (Daniel Day-Lewis) wife. When their ceremony is witnessed by the town minister, the girls suddenly find themselves accused of witchcraft. Soon the entire village is consumed by cries of witchcraft, and as the hysteria grows, blameless victims are torn from their homes, leading to a devastating climax.

The Object of My AffectionComedy2002

The Lady In the VanDrama2016

Based on the true story of Miss Shepherd (played by a magnificent Maggie Smith), a woman of uncertain origins “temporarily” parks her van in Alan Bennett’s (Alex Jennings) London driveway and proceeds to live there for 15 years. What begins as a begrudged favor becomes a relationship that will change both their lives. Acclaimed director Nicholas Hytner reunites with iconic writer Alan Bennett to create this rare and touching portrait.

From award-winning playwright Alan Bennett (The Madness of King George) comes this delightfully witty comedy of eight boisterous-yet-talented schoolboys hoping to gain admittance to England's most prestigious universities. They're aided on their quest by two teachers, a shrewd young upstart and an inspiring old eccentric, whose opposing philosophies challenge the boys to confront the true meaning of education and the relative values of happiness and success. Adapted from the original Tony Award winning play and starring the original Tony Award winning cast, "The History Boys" is an engaging, thought-provoking, and wickedly funny look at history, the pursuit of knowledge, and the utter randomness of life.

The Lady In the Van Similar TV Seasons