In 1880s Kansas, sharpshooter turned rancher, Clay Travis, goes from happily married father of two to a man on a mission after the tragic death of his son and the disappearance of his daughter. Determined to bring his daughter home, and to protect what little family he has left, Clay leaves his quiet ranch and heads to Wichita and on to Dodge City with help of unlikely companion Billy (Kris Kristofferson), leaving a trail of gun smoke and dead bodies in their wake. Also starring Trace Adkins and Tom Sizemore. In the 1880s western "Traded", a father must leave his ranch for Dodge City to save his daughter from an old enemy, putting his reputation as the fastest draw in the west to the test. Traded Wiki

Revenge is a bitter deal...

Rented this based on cast -which looked interesting.. The begining wsa as slow and tedious as you can imagine. And then it gets worse. I've never seen such an amaturous western, and I've seen some really bad ones. The storyline, the situations, the direction and the acting of many of the characters is what you'd expect from a local plan.

I've seen Trace Adkins on stage singing and he's good there. But acting? A big hell no! He should find another hobby or open a western store or something. His movies are awful and they don't get any better!

If you like Westerns and action, this movie is good.

I love westerns, this one is bad. I gave it two stars for effort. Script was so predictable you could turn the sound off and get the dialogue right. Good effort from actors, but just painful to watch.

This film brought back many fond memories for me. It reminded me of the classic westerns I grew up watching each weekend, but this film also had different twists and turns that brought it into the 21st century. I found the plot very engrossing with complex characters and an equal balace of action and emotion. The performances were all first rate. The photography placed you in the wild west. All in all I would totally recommend TRADED.

Do you like movies? Do you love westerns? Then stay away from this clunker or you may never want to watch a movie ever again for fear that it might be as bad as this one. Ridiculous dialog and just bad acting by all. Every cliché is recycled here. I knew going in it probably wouldn't be great, but wow.

The movie was definitely a low budget movie, and it played like one. The story line was OK. I made the mistake of purchasing it based on the cast and the fact that it was a Western. The movie is not really worth the purchase price (12.99) or even the rental price (6.99). However, when the price gets down to 99 cents, it may be worth a watch. You should keep in mind that I am not very critical.

@ItzMeAshleyYt WE BELIEVE YOU! Record the chat and post it! And show your inventory! Also did you trade because i k…

@Grego_1899 But have you seen Hakan and frank kessie play??? Lol Milan is so dysfunctional we have turned into the…

@IamMotswane: Starting with my best friend @afrika_mosadi❤️. Born into farming, this staunch entrepreneur has traded her Financial Econo…

Typically a staple of my wardrobe, I haven’t worn a @RedSox hat since they traded @mookiebetts. 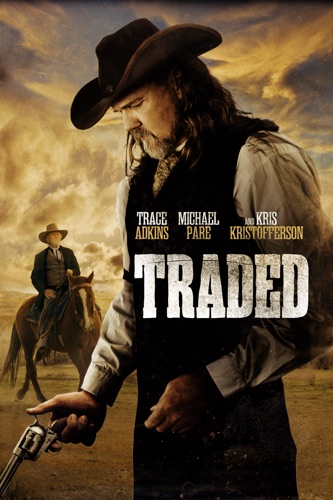