Having out lived and out smoked all of his contemporaries, the fiercely independent Lucky finds himself at the precipice of life, thrust into a journey of self-exploration, leading towards that which is so often unattainable: enlightenment. Acclaimed character actor John Carroll Lynch’s directorial debut, Lucky, is at once a love letter to the life and career of Harry Dean Stanton as well as a meditation on mortality, loneliness, spirituality, and human connection. Trying to reverse a family curse, brothers Jimmy and Clyde Logan set out to execute an elaborate robbery during the legendary Coca-Cola 600 race at the Charlotte Motor Speedway. Lucky Wiki

See how the other half steals...

What do you think Lucky movie? Can you share your thoughts with other peoples?

Among the small handful of the best movies I have ever seen. Lynch is masterful and only continues to get better. The actors, the script, the setting, the cinematography, the timing, everything is as close to perfect as I have seen in decades.

A truly enjoyable “slice of life” movie. Well done by the cast. Loved it 👏💙

molabola - Realism is a thing

As reflections of life and death on film go I can think of none truer than this. Realism indeed is a thing.

Pointless drivel dressed up as intellectual artwork. If you watch this, watch it as a lesson about how this philosophy leads to a meaningless life with no purpose. The nihilism is strong with this one.

a nice way to end his film career. Lucky!!

saganfan - Turned it off after half an hour

A profane old man living near a rural town in the American south west is old and gets older every day. He smokes a lot, he likes to do crossword puzzles. God it’s boring. I couldn’t stand more than half an hour before turning it off and that was restraining myself.

Many may complain that the film is too slow or that it’s kind of pointless and made up of disjointed scenes, but it couldn’t be more false. While it definitely is deliberately paced, that’s because it represents the world these characters live in. And upon second viewing, you’ll see that every scene has a much deeper meaning, and every line has a ton of nuance. Not a wasted frame. Highly recommended, especially if you’re a fan of HDS. David Lynch also has a very significant role which took me by surprise in its poignancy.

Jumpnap - He saved the best for last.

Harry Dean Stanton died about ten days before the release of this movie, not coincidentally the movie of his life, which opened briefly in theaters before heading to VOD. In the movie, Lucky may not be a Hollywood actor, but he drinks, smokes, lives, and acts like Stanton did, who made it to the age of 91. The movie moves as slow as the tortoise we see in the opening and closing shots of the movie, but that's on purpose, and it works. Lucky lives a routine life- practicing the same yoga moves, walking into town to eat at the same cafe, and drink at the same bar, then returning home to watch his shows- but one day staring at a blinking LED clock seems to cause him to fall. He goes to the doctor, but receives no answers, and his only conclusion is that his time is almost up. The rest of the movie involves the regular patrons at the bar, including some great performances by David Lynch, and even a brief onscreen reunion with Tom Skeritt. At the end Lucky says goodbye in his own way, but it's a wry smile from Stanton that informs us his was a different life, but still a life good lived.

brslc - Heck of a movie

Really well done. I will try to implement what Lucky learned in my own life.

Lone Resident - Above and beyond.

I'm a lifelong HDS fan, so I'm 100% biased. This is such a lovingly executed tribute, with honors, to the man. Rendered in his beloved media of film. It quietly sings the sweetest of bittersweet songs throughout. Supporting cast is fantastic and hold their ends of the film down effortlessly. Harry Dean of course is the guest of honor and...well, it's HDS! The master in rare form - above and beyond. Part celebration part wake...part testimony. The word is tossed around these days too freely, but in this case, "beautiful" has been defined and is well deserved. This is a beautiful film, plain and simple! What a great debut offering from Lynch. There is a particularly special moment captured (which I won't spoil here) that will gut you emotionally (in a good way) if you're a fan. It is clearly the pièce de résistance of this truly special gem and life. RIP HDS, truly.

Truly Harry Dean Stanton’s magnum opus, the story of an old man finally dealing with the eventual inevitability of death. With close friend David Lynch occasionally appearing at his side, the film is both touching and brave in its depiction of man contemplating existence and non-existence. Harry Dean Stanton’s passing would happen 13 days before the films release, and couldn’t be more poetic as a capstone to a brilliant actor and career.

I am a life long student of film. This one is special.... This movie will reward you with a thump to your heart. It will sting...but you'll be thankful. A wonderful movie!

I've been a Harry Dean Stanton fan for decades. He was a brilliant character actor. In Lucky, he is finally the star and is masterful. The movie is the perfect coda to an extraordinary career. I loved this film. Can't wait to have my own copy!

@ASerrillo The person he tagged in the caption is lucky😭😭

@mobkitchenuk: We have a HUGE giveaway for you MOB. We’ve partnered with the brilliant @Ocado to give one lucky winner £5000 worth of vo…

@FU_clod2 It’s Taho. Taho is basically a Filipino dessert and its just tofu, caramel and Sago (tapioca) And it’s ve…

I’ve taken the high road with so many people in life. Y’all some lucky mfs fr. 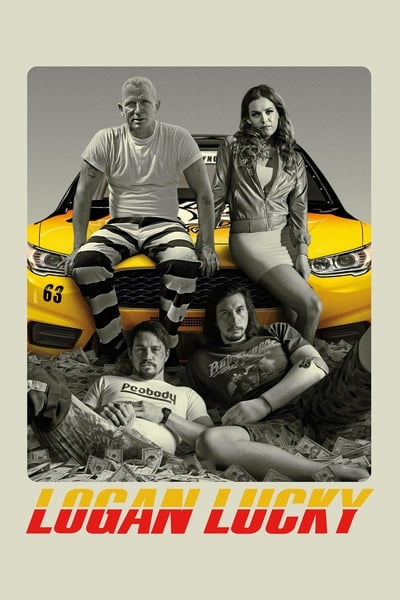