The creative minds behind the hit Insidious trilogy return for Insidious: The Last Key. In the supernatural thriller, which welcomes back franchise standout Lin Shaye as Dr. Elise Rainier, the brilliant parapsychologist faces her most fearsome and personal haunting yet: in her own family home. Parapsychologist Elise Rainier and her team travel to Five Keys, NM, to investigate a man’s claim of a haunting. Terror soon strikes when Rainier realizes that the house he lives in was her family’s old home. Insidious: The Last Key Wiki

Insidious is just hidious to watch it's stupid and highly overated and dosen't make sense at all.

I used to be able to do this but, I stopped when they started reaching out for me.

This movie goes SOOOO WELL with the Insidious trilogies. Amazing Movie , effects and everything was great!

deepwvters - Not as great, but good

Definitely not worth the price, but I did love how it tied into the first film in the trilogy. I expected more out of it but you get what you get.

Through The Eyes Of Maij - Long Live Dr. Elise Rainer!!!

Well, at least in these prequels anyhoo! One of my very favorite Franchises.

Funtime Foxy and friends - Awesome! Gets a little sad tho😢

What the title says -Funtime Foxy

Love the previous movies and this is just as good. Lots of creepy eerie themes and good solid plot

Reading all the reviews, I thought I wasn’t going to enjoy this film. It was surprisingly a good film. I’m glad they made this film.

Thank you guys for making this movie. I’ve seen your movies, all of them and love it. I can’t wait to see the next one. “ Dalton is in danger. “ great movie. I really recommend it.

It’s weird how this one turned out to be the worst one of them all, kinda disappointed.

I LOVE the character Elise! This is her backstory. I found this movie to be disturbing, haunting, and emotionally powerful. I thought this installement was well produced and while it may not be a favorite within the franchise I find this addition worthwhile. As far as I'm concerned they can keep these story arcs going- as long as there is love for the characters, great writing, and a passion for the uniquely terrifying; this will carve out its own niche within the genre.

Too funny to my taste if it’s scary

Dorian137 - One of the most boring scary movies I've ever watched

...the first 3 were good - perhpas getting progressively worse - but his one hit bottom. It was only lightly tied to the first three and really was just about Elise's character and her twoidiot sidekicks. I don't remember a single scare.

I am into the first five minutes and the video quality is terrible for even SD. I can clearly see the contour lines on the mum's face and the shade was red and green. Never seen this in any video and its clearly not intentional.

A good addition to the Insidious franchise.

This one was good. Same kind of deal like the other ones. Pretty good twist in the story. It was a good idea. It is worth a watch.

Honestly, the two “assistants” ruined this movie for me. It felt like a cheap ghost busters play and the dry humor just didn’t resonate. Agree with previous reviews in that there were a few good jump scares but overall very disappointing.

Wow!!!! Great storyline with lots of twists and turns! Awesome actors, and lots of scares!! I even cried at one point! Love this movie!!!

Better than a lot of b.s horror films out!! Don’t believe the critics, there 2cents aren’t worth a dollar 💵.

Melwrobsyou - Ok but not the answers I was looking for

I feel like it answered why everything started with the Lambert family which was ok I guess. I just wanted to know if it tied in to the end of the second movie where Elise looks up into the corner of the room in complete horror. What was she afraid of? What was haunting that girl? Why did I waste my time on so many prequels?

enough OR ready for four

Although it had a storyline that was kinda good the way the film was shot wasn’t that well and the jump scares were a little original but compared to the first 3 this one is bad. The story had nothing to do to the other insidious and there was nothing to the insidious franchise. The first three were great and so original and to have a fourth one about a different story kinda tilts the whole storyline to the other films in the series. Good movie to watch when you are bored but not that well made

Can you please put in spanish audio

This movie had some creepy moments 😨😳🍿🎥

[email protected] - Not the best but good

The movie isn’t terrible, but it isn’t good. I was never a big fan of the series to begin with, but it’s a decent horror flick to watch for Halloween time.

Yes it has jump scares, other then that there is not really any other horror. I found myself bored throughout most of the movie. You may not but I did.

Now I love the first three insidious movies, they were the first scary movies I started watching and my friend and I were really excited to go see it. I’m not going to overly bash the movie but I was pretty disappointed as it carried on. It still has a great storyline like the first three, but there was only about two points of the movie where we actually jumped. They really had a good story build up, but towards the end I actually looked at my friend and was like is this seriously the ending of the movie. It was very anticlimactic and when the movie reached its climax it all ended quickly and did not feel like the normal insidious movie we are used to. I didn’t want to dislike it, but I left the theater disappointed that I had to pay 12 dollars to see it because in short it just wasn’t worth it.

Compared to the previous movies, this one made me jump out of my seat and scream in terror.

This one was scary. Made me stay in my seat but the scary parts are scarier than what you see on the trailer because I saw it in theaters 1/13 at night so it scared me because I saw a sign and it looked like a person. It will make you scared and make you see things. 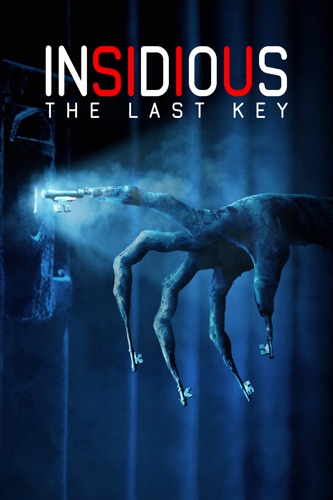