An ordinary woman must summon extraordinary courage to survive a nightmare odyssey in this harrowing survival thriller. Sawyer (Hermione Corfield) is an ambitious, overachieving college senior with a seemingly bright future. While on her way to a job interview, a wrong turn leaves her stranded deep in the frozen Kentucky woods. Suddenly, the young woman with everything to live for finds herself facing her own mortality as she's punished by the elements and pursued by a band of ruthless outlaws. With nowhere left to run, she is forced into an uneasy alliance with Lowell (Jay Paulson), an enigmatic loner with shadowy intentions. Though she's not sure she can trust him, Sawyer must take a chance if she hopes to escape Rust Creek alive. When an overachieving college senior makes a wrong turn, her road trip becomes a life-changing fight for survival in rural Kentucky. Rust Creek Wiki

Keeps you on the edge of your seat from beginning to end. Was not sure how it was going to end right up to the very end. Surprised me how good it was.

This is a game little thriller with a narrow scope. The heroine struggles with just occasional moments of ingenuity. A quest for restrained authenticity overcomes the theatrical energy. If you want to watch a hampered walk through the woods, this is your picture.

Good thriller with no “oh that would never happen” instances. Good cast.

Not a moment of waste

Should of been a Cable movie. No depth . Also gave me the creeps.

This is akin to a rated R version of the Wrong Turn movie. So predictable that it was one of those I-know-what-is-coming-next movies. Here is the major star deduction from my standpoint. The main character is college educated, ultra healthy based on a few opening scenes, very intelligent, but stupid enough to not get into her vehicle and drive off when two backwoods hillbillies pull over??? But wait ... why did she keep driving into the middle of nowhere when she knew she was lost? Frankly, the only reason I gave it 2 stars was because of the acting (at least on her part and the meth-lab cooker’s part). Both did very good jobs, but the rest of the acting was extremely subpar and basically lame. Worth a .99 cent rental ... not really. Worth watching for free ... only if nothing else better is available to view in my humble opinion. Sorry, but this was just not any more exciting or suspenseful than the trailer which pretty much shines as the high points of this movie. I hope this helps. Sincerely

This film is a great take on the "lead character gets stranded" narrative that we often see in thrillers. The most wonderful part about this film is the acting. All of the actors did such a fantastic job it is hard to believe the circumstances in the film are not their real lives. Hermione Corfield is fantastic for this kind of raw-no bells and whistles-realist kind of character. The gruesome scenes were really well executed, and give you that kind of "gross but i can't stop watching feeling". After these scenes, it's hard to not want to find out how this girl gets herself out of this terrible situation. The cinematography captures beautiful images and really gives you a feel for what its like to be in this creepy tiny town. I wish the sherrif's involvement with drug trafficking and desire to "beat the mexican cartel" was delved into more. However, this film has no shortage of raw relationships between characters and a powerful desire for survival from the lead.

.....however, far from great. Several parts are unrealistic such as being injured and being mobile, etc...

Great thriller and fun to watch! The story was engaging and suspenseful. They built the world of the story nicely, as well as the relationships between characters. The lead actor, Hermione Corfield gives a great performance. It’s a fun ride of a movie and will keep you guessing.

this is maybe maybe my second review in many years.. not good.

It saddens me that movies are so dumbed down these days. What was the point of even making this one? The money invested in this production could have fed, clothed, sheltered people in the very same region depicted. The script was un original crap, the acting crap, the direction, crap. The story, crap.

quatney - A thriller with depth

A twist on your standard thriller, this movie reminds me of the FX show Justified - deep characters and complex relationships driving the drama. If you like a little depth with your heart-pounding suspense, Rust Creek is for you!

This was a really enjoyable movie

I thoroughly enjoyed this movie.

ABD72 - Does not disappoint

A great thriller with a very talented cast! I was on the edge of my seat the whole movie. Beautiful cinematography too!

This movie kept my attention for the ENTIRE time, and even had me on the edge of my seat at some points. A really good thriller, and I love the fact that pretty much any generation could watch it. I could literally watch this with my grandma and never be uncomfortable, which is something to say about movies these days! All in all loved it, and would watch again!

A lover of scrabble - Well worth your time!

Fantastic movie. Had me on the edge of my seat from beginning to end. Loved the ending!

Terrific performances make this one really something special, don't watch if your nerves are shot though. From beginning to end, you're on the edge of your seat hoping for the best but expecting the worst for the lead girl. Beautifully shot as well, definitely worth a watch!

Fabulous thriller from start to finish, with a refreshing ending in the sense that the story does not give up the integrity of the lead character. You will have to watch to understand what I mean. More simply put, the movie is truly an intense thriller that will hold you on the edge of your seat. Bravo!

I like thrillers that make me think and make me care about the characters. This one did. Solid performances all around.

hulio5 - Hoped for more...especially for $7 rental

This movie disappoints...it was predictable from the very beginning with a frustratingly naive female lead...she wins in the end and comes out like Rocky, which was lame. Save your money and go find one of 100’s of movies just like it.

This movie seems to know I love survival stories and I'm terrified of rednecks, which is really unfair. The actors are great, especially the lead actress. The plotting is sharp, and it's not overdone. I appreciate how much of the drama hinges on small, realistic things, like wet socks or an infected wound. Would recommend to anyone who likes survival thrillers.

Not bad, but not great. Predictable but not horrible to watch. The ending was drawn out and could have been better. Meh. I’d give 2 1/2 stars if I could, bring kind with 3.

LOVED this thrilling, female driven indie! Hats off to the director for keeping the performances up in what seemed to be very "chilling" circumstances. Hermione Corfield keeps us on the edge of our seats and the supporting cast adds so many layers. Do yourself a favor and check out Rust Creek!

Such an incredible movie that kept me on the edge of my seat and entertained the entire time!! Loved the acting by the female character, very impressive!! Highly recommend this thriller!

Not much of a thriller fan and the ominous floating head poster didn’t help either, so I was so surprised when I ended up really enjoying this! Wow. I’m always here for character-driven stories, and this was definitely one of those, but the score and cinematography brought it up to a next level!! Loved it!

DECKOA - An unexpected take on a thriller

This female-led thriller is captivating, but it goes deeper to show a soulful take on humanity and relationships.

What an awesome thriller that kept me on the edge of my seat! Loved all of it, and very appreciative of a powerful, well-produced, well-acted movie that didn’t cave to the typical “norms” in today’s movie culture of excessive language, gratuitous sex scenes, and politicization.

Warning: this film has no gimmicks. No superpowers, no magic, no MacGuffins. The thrill of this movie is watching an ordinary person desperately try to escape from an all-too-believable menace. When a college student gets stranded in the woods, she must fight for survival against the elements, not to mention a pair of good ol’ boys who have a dark secret to protect. The main character is not a hyper-capable “strong woman” type. She is not a type at all. Rather, she is an authentic, fully rendered person who just so happens to find herself in life-threatening danger. This isn’t a far-off adventure that she went looking for; it’s an adventure that could happen to any one of us if we were sufficiently unlucky. The film’s realistic setting and visceral stakes make it all the more impactful.

Very good movie it's not a horror movie (I actually hate that horror movies are now often called "thriller") but tense, with some good twists, engaging pace, and great acting.

Poorly executed story that wasn’t that original in the first place. Lots of silly, unrealistic mistakes, including teeth that are way too straight and white! Laughable turn of relationship between protagonist and cook. I consider it a waste of my $ for the price of 6.99.

Beautifully shot indie thriller. I'm a big fan of the character development and evolving relationships throughout the film.

Loved this film! The storyline was very intriguing and kept me guesing the entire time. Strongly recommend for anyone looking for an new and unqiue exciting thriller!

This was a good flick!

Lead actress is great, reminded me of Jennifer Lawrence in Winter’s Bone.

Rust Creek's moody and evocative cinematography creates a visceral sense of the environment, bringing us closer to the protagonist’s experience. Propelled by a stellar, subtle performance by Hermione Cornfield, this film is a valuable, thoughtful addition to the “Me Too” cannon that leaves its audience inspired and motivated to take control of their own self-defense.

Shouldn't be in the "horror" catagory. It's an okay movie, pretty predictable with predictable bad guys and a predictable ending.

aligotum - Surprising and Worth Another View

Wow, I really don't have anything bad to say about this movie. Actually, I have a lot of good things to say! I was on the edge of my seat the entire time. I wasn't sure what I was expecting, but it definitely surprised me in a good way. The lead actress Hermione Corfield was stunning. The relationships between the characters are delicate and complicated. And it definitely got me thinking about how I would handle the situation she's in. I'm going to watch it again because I feel there was so much under the surface that I didn't catch the first time around.

@abc7newsbayarea: WILD VIDEO: Here's video of #looters in Walnut Creek turning on each other and start fighting over the clothes they st… 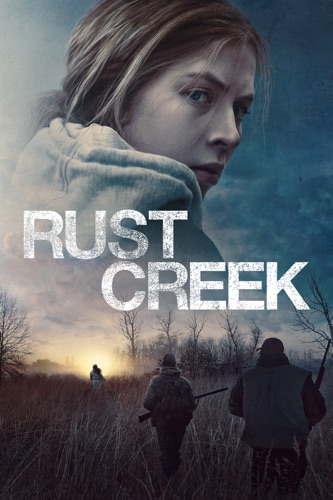