Hellboy is back, and he’s on fire. From the pages of Mike Mignola’s seminal work, this action-packed story sees the legendary half-demon (David Harbour) called to the English countryside to battle a trio of rampaging giants. There he discovers The Blood Queen, Nimue (Milla Jovovich), a resurrected ancient sorceress thirsting to avenge a past betrayal. Suddenly caught in a clash between the supernatural and the human, Hellboy is now hell-bent on stopping Nimue without triggering the end of the world. Hellboy comes to England, where he must defeat Nimue, Merlin's consort and the Blood Queen. But their battle will bring about the end of the world, a fate he desperately tries to turn away. Hellboy Wiki

Demons Have Demons Too.. 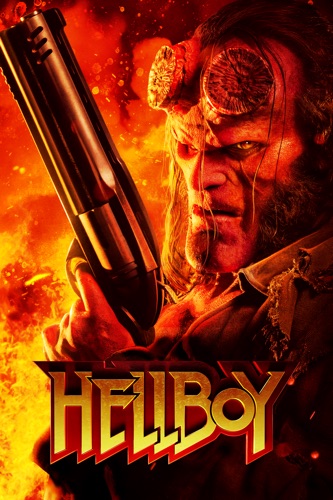