Everybody's welcome at Ma's. But good luck getting home safe. Sue Ann (Oscar® winner Octavia Spencer) is a lonely woman who keeps to herself in a quiet Ohio town. When a local teenage girl asks Sue Ann to buy some booze for her group of friends, she decides to make some new friends of her own and offers her basement for the kids to party. They just have to follow a few simple house rules: Someone has to stay sober. Don't curse. Never go upstairs. And call her "Ma." As Ma's hospitality curdles into obsession, what began as a teenage dream turns into a terrorizing nightmare, and Ma's place goes from the best place in town to the worst place on earth. Sue Ann is a loner who keeps to herself in her quiet Ohio town. One day, she is asked by Maggie, a new teenager in town, to buy some booze for her and her friends, and Sue Ann sees the chance to make some unsuspecting, if younger, friends of her own. Ma (2019) Wiki

Nicholas becerra - How I Met Your Mother type of horror

Octavia Spencer wasn't perfect for this horror movie she's not even scary at all she just convices teenagers party lovers and for the dumb reason starts hurting them. Not scary at all don't waste your money.

I wasn’t to sure about this movie. It took me a while to even watch it. Overall is wasn’t that bad. It’s not scary it is just a thriller in a way. The creepy feel to it. Like someone is not right. It has a good pace feel. It never draws your interest cause the movie continues its pace some there are no fill ins to make the plot and story longer when it doesn’t need to be. So I recommend this movie.

Jkcdrggv - Just cause!!! I love this actor

I’ll give it 2 stars only because I truly adore her!!! She is a beautiful black woman her eyes look as though they light up a room she looks to be in person a real sweet lady This was so wrong having her play the part she did definitely didn’t fit some how I hope she never tries this horror film again so not her she has to precious of a face an voice to act all crazy The actor MA didn’t set good with me at all creepy An sexual some what got racist vibe when she did the paint seen Just cause she is a beautiful woman an great actress I gave this 2 stars the movie it’s self was ratchet an very distasteful I feel like I wasted time I can’t get back Next time choose someone else to play that kinda roll Not someone from Christmas movies An movies that move us an give us hope thanks I’m Sorry very unhappy she is to classy for such a roll

I wouldn't call this a horror movie per se, but the movie has a solid plot and not too predictable ending.

Rented this for $1.00 the movie isn't even worth that. Don't waste your money. Absolutly horrible. Waste of time and so boring

Great movie not too scary but definitely worth watching amazing plot and cast!!!

I usually don’t watch horror films like this but I am a fan of Octavia Spencer’s work. She certainly did not disappoint as the broken, psychotic SueAnn. She also carried this film for the most part, though Juliette Lewis was decent as Maggie’s mother. The story was somewhat predictable; there were a couple of surprises. The 5🌟are basically for Ms. Spencer’s performance.

This film is good enough to rent but I wouldn’t recommend purchasing it. The film touches Munchausen By Proxy , child abuse , teen bullying . Good storyline and acting

Ma does great as a creepy character. Not super scary, but a solid teen slasher flick for sure.

Its so stupid, but i still love the movie

One of my favorite horror movies

What did i just watch? The movie was very predictable, not thought out and just bad. I love Octavia Spencer, but I really wish she wasn’t in this. The acting wasn't the best but I could deal with that. However, the horrible writing and directing can’t be tolerated. I wasted a rental...

Sorry. But this is one of the worst movies I've seen in years. The film is not only bad - it is simply ridiculous. Illogical. Wrongly linked. And the acting is embarrassing. One is ashamed of the actors who ruin their careers for this nonsense. It's really regrettable that Apple and iTunes are so easily abused by PR agents. Because I can't explain the good reviews any other way.

And set in our miserable state of Ohio!

Kept me interested enough to watch although it seemed to be more funny than scary.

Amylsnorts - Stereotypical with no interesting twists

I found this movie to be very boring I couldn’t wait to the end.

Nothing but facts - Horrible.

Straight garbage. Most of these reviews HAVE GOT to be fake.

I loved this whole movie. It was a bit creepy, but amazing. The woman who played ma played her part well. Every scene in the movie gave me chill bumps. Especially at the end when I thought they all was going to die👀👀

Not great, predictable but did keep me watching the movie the whole time. I wouldnt pay full price to watch this movie.

I love Blumhouse and Octavia does such a great job as the front runner in a horror! Loved seeing her in Halloween 2 and glad she loves being part of the horror genre! A must-see if you like a good thriller! It had some comedy too! all around a great film!

I enjoyed Ma a lot. It's well acted by Octavia Spencer. One minute she's funny af, the next minute she's creepy and cruel. I laughed (in a good way) and got creeped out too. Good fun.

Predictable and stupid. How they got this great cast is beyond me. The writing is awful.

I have watched this movie 3 times already, it's just that good!! I LOVE IT!! You would never think of Octavia playing this type of roll, BUT she is so FANTASTIC that I want MORE!!!!

How this recieved good reviews blows my mind. This was bad! MA: Majorly Awful. It had 1 good scene and they showed it on the preview.

I liked this! It was fun to watch & worth watching. I liked Octavia in this type of film.

Ma is meh. It's ok to see one time but not multiple times

I Saw Ma On June 1st In Theaters and In My Opinion I Loved It and Octavia Spencer Did A Great Job All The Way Though and The Concept Is Very Unique, Very Original and Very Terrifying and To Me It Reminds Me Of The Gift, The Purge, Split and The Boy Next Door and Jason Blum (The Purge Series, Halloween and Get Out) Is My Favorite Producer Of All Time and My Favorite Movie From Jason Blum Is Glass, Us, Blackkklansman, Halloween, Get Out and Ma and One Of My Favorites Is Split, The Gift, Happy Death Day Series and The First Purge and I Will Give Ma Two Very Enthusiastic Thumbs Up 👍🏾👍🏾👍🏾👍🏾 and Five Stars ‘⭐️⭐️⭐️⭐️⭐️’ As Well!

The movie has good tensions and an outstanding acting.

This movie is so cool

Seeing Octavia Spencer play this completely different type of character in a movie is everything! Definitely worth watching:)

Octavia Spencer is no doubt a great actress; I have loved pretty much all of her movie. She's great in this one too, and that's about it. The movie itself isn't quite worth appreciating. It's with Dry Mystery/Thrill. No Unwatchable Fatalities. Not a Strong, or Compelling Story to fit in. She could have gone full psycho mode with a strong, dark background-story; turning her into a Joker(ref: Batman) and going on a killing spree--all with added mystery and suspense. 🌚 I would give it 3.5 / 5 with a C+

Queen Metalia - I love this Movie

It is really fun to watch, great movie

@johnpavlovitz: No America, things are not just going to be okay anymore. Those days are over. That truth ended three years ago. The… 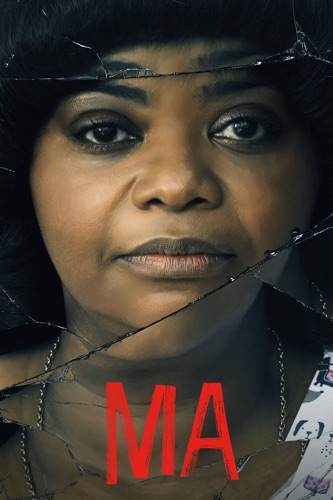