The Kitchen (2019) Summary and Synopsis

Watered down. Needed an edge on it to make it more believable.

Not sure what’s worse, the acting or the plot. Truly a terrible waste of everyone’s time.

I’m not sure why this was given such poor reviews by rotten tomatoes. I enjoyed the movie. Melissa McCarthy was great as was Elizabeth Moss and Tiffany Haddish.

Fun with a few unexpected twists! I can see why men would give it a low rating.

TaterTotTuna - Poorly done on all accounts

I came in with high hopes as I enjoy all three top-billed actresses. But it was quickly apparent I was in for a big disappointment. Poor plot, poor sequencing, lack of depth, and ultimately bad acting. Either that or the actors weren’t given much to work with. I thought the sets and costumes looked phony, too. Lots of awkwardness. A real waste of time, money and talent.

This could have been a solid movie - instead it was absolute trash.

I wanted to like this movie, but the performances are flat, and the execution of the plot is not believable. It's lazy writing with one dimensional characters which is a shame since many of these actors are great in previous performances. The only thing worse than the movie itself are the final minutes that seriously make no sense at all. Easily could've been much much better.

This ranks as one of the worst movies I’ve ever seen.. it was so bad all I could do was laugh at the dialogue and silliness.. Save your money I wish I had..

Trying it against - Good movie

Enjoyed and would recommend it to everyone.

First I rented it on iPad and couldn’t watch it. Then I rented it on Apple TV. I was wondering who was sitting in the room reading the scripts and thought anything was a good idea in this movie. What a worthless effort in trying to make a movie . The best part of this movie was when it was over and I could watch paint dry. It was that bad.

This was a very good pased drama. Well developed and thoughtful. Not cheeky or corny. It was a great movie. Rotten tomatoes Critics do not love cinema. Well done women. Well done!!! I am glad I bought this movie. I will watch it a few more times. Hater's hate.

The movie was good & everybody did a good job with their performances. Also nice twist with one of the characters but a movie about the mob based on a graphic novel/comic it needed a lil more action sequences or at least a final battle/showdown!! the movie literally just ended out of nowhere!!?

Boring, formulaic and basic. What a waste of McCarthy and Moss.

Not what I expected in a good way - definite must watch

Surprised how many people hate this movie or said it was boring. I thought it was an awesome throw back to the 70’s NYC mob scene with a twist. I thought the 3 actresses were perfect in their rolls. I loved the movie!! But then I was a kid in the 70’s. I laugh that one review said the movie was unrealistic. Obviously that person has no idea about the time being portrayed in the movie. I thought it was great.

Green Tee 🍵 - Not realistic or believable

This film could have been really good, but the plot , character lines and sequence aren’t realistic.

Boring. Only thing good was the wardrobe and costumes used. Walked out on this movie a little after an hour.

When Hollywood stops casting sick people like Elisabeth Moth I will spend my money. Her actions are despicable and yet here she is.

This movie was terrible, but since it was a woman-can-do-this-too type movie, iTunes hid the terrible Rotten Tomatoes score and keeps the price at the premium twenty dollar mark to give it the impression this is a desireable purchase. Don't waste your money, it will be a 99 cent rental before you know it. To give you an idea, it made $15 million in the theaters but cost $38 million to make. A financial and critical failure which is what people deserve when they make movies based on a political aggenda rather than a good story.

16 HORSES - Too many Cooks Spoiled the pot!

We have 3 three Comedy Actresses making a joke of a Drama movie! The Kitchen tried to be a gender switch version of The Godfather but Winds up feeling perfunctory! They wanted us to take Melissa McCarthy and Tiffany Haddish more seriously, but this was Unintentionally Funny 😂! Get out of the Kitchen!

I was really surprised with this movie! I did buy this movie. Even though it could of had a touch more action. But! I would really like to see a sequel to make up with lots of action!!!

disapointing movie - Where is the rotten tomatoes score

BTW this got 20%. You include this for all other movies, why not this one?

may lex - I can’t do laundry tomorrow night I’m

I am so disappointed in this movie because it was quiet boring, and unrealistic. I wasted $20 on this. It was alright, but def wait to rent or you will be mad As heck.

It starts out kinda slow but builds up and is amazing!

I really enjoyed this movie a lot more than I thought I would. A lol 😂 and Kept my interest all the way through 👍

i really enjoyed this movie, though i was waiting for more action. is it worth watching it? definitely.

Superhero145 - One of the best gangster movie I have ever seen!!!

Omg this was big surprise it had lots of bad reviews and I say to myself say what the heck wrong with this movie it really really worth the watch and I want a sequel I highly recommend the kitchen to anyone it a must watch and don’t DON’T listen to the critics there wrong and it a definite must buy!!!!!

The movie depicted exactly how women would have been portrayed at that time in that situation and place. Enjoyed each and every woman in their Lead role, also portrayed the complicated relationships as they became more successful in the take over of a male dominated business.

The anticipation endured throughout this film for me - I was riveted until the very end. The three leads killed it, and I thoroughly enjoyed Haddish and McCarthy in these serious roles. Now, I know absolutely nothing about the graphic novel, so I'm unaware of any deviations from the original story, and frankly don't care. I thoroughly enjoyed this and will watch again for sure.

The trailer made it look awesome. The cast was horrible. I fell asleep in it more then once. Get your money back or don't watch in the first place. I love Melissa McCarthy but she was awful in this.

An excellent case, an excellent premise, and what a horrifically puerile attempt to buck gender role stereotypes in the mobster genre. Except that the characters are so unidimensional and cliche, that they actually serve to reinforce the stereotypes they could have been presenting a counterpoint to. There are few movies I can't suffer through. This was one. I was angry at the waste of time and insulted at how terrible it is on every level. Didn't make it through to the end. Do yourself a favour: don't invest the time.

Very much enjoyed. Many surprises and some badass-ness. All three women were fantastic!

Trailers looked amazing. Then, it turned out to be an absolute joke of a film. Easily one of the worse films of the year so far

six.feet.under - Not as bad as i thought

Yeah its not movie of the year, sometimes its a but sketchy and theres definitely en editing problem, but they were good ideas and moments. Rent it if you want when its 0,99 or 2,99$ and relax. Not much action, a little, sometimes little suprises ans little twists. But should have been lot better

Some of the acting is too try hard. I would not pay to watch it.

Not bad but not great. The actors involved give some great performances but the story & characters just ends up feels like wasted potential. Stream/rent it rather than buy it

It flopped at the box office. The reviews were savage but I actually didn’t hate it. Could it have been better? Yes of course it could. But I love these 3 actresses and I enjoyed the story.

All roles in this film, were well acted and put together, liked the story line and the way it went, Mellisa Mcarthy just excelled in her part as you would expect, liked how the beaten wife turned things around for her self, and became a major character in the film. The African American lady was also on top of her game, a different kind of gangster movie, but it definitely works, like one of the other reviews, would love too see a part 2, all in all a dam good watch 👍👍👍👍👍💋

shaynes573 - Don’t get the hate for this

This is better than the average Hollywood thriller/ action movie. I don’t really understand why it has such poor reviews.

Loved the movie and like the godfather, I’d love to see a sequel

prawn connery - Where is it?=

I pre-ordered and expected it on th 5th November - but it isn’t on iTunes yet - is it available or has iTunes a fault?

I liked this film even if the subject matter and storyline have been done before. It’s a steady paced movie that will transport you back to the 70s for sure. My only criticism is some of the lead actresses facial expressions, which at times appeared overly dramatic and unrealistic but minor criticism aside, I enjoyed it and would recommend it to others.

@kyungseng: nope, it’s just a normal day for kyungsoo as he goes in the kitchen to cook wdym???? ㅋㅋㅋㅋ

@chriswinedoctor: "The 2019 vintage primeurs have been unique. I doubt very much I will ever sit down again at my kitchen table to work…

@Coconutinbahama: The washing machine I purchased in January 2019 from peter jones just been told is the cause of the leak it has leaked…

"The 2019 vintage primeurs have been unique. I doubt very much I will ever sit down again at my kitchen table to wo… 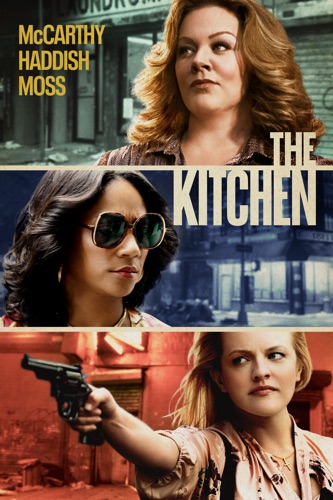