We've been expecting you..

laurenbani3 - COULD & WILL WATCH OVER & OVER!

Can’t finish the movie because it says I don’t have access to it on iTunes even though I have 5 hours left to view. Thanks I guess I’ll just make up and ending with my imagination.

Buckaroo Banzai 007 - An Excellent Tie Up

What a wonderful movie. It was just what I was looking for in Downton Abbey. It was excellent how clever they were to have a begining to catch you up on a few important story lines. Again, the movie was excellent and magnificent. The attention to detail, period costumes, etc. was on top. This is a Oscar worthy movie unlike the horrible other movies that were nominated.

The movie was good, it was nice to go back to Downton and I enjoyed it

We have watched this three times now and just love it. Superb story line and acting, more please!!

So good to see the cast after all these years again

Alan Willson - Movie of the Year

This movie brings back so much memories of what was the best essence of the show ... I could only hope that they will make a second or third installment of it. It is well executed, well performed and of course Maggie Smiths performance is once again her very very best. I highly recommend it even if you have seen the show because u will want to watch all 6 seasons after u watch this movie. Bravo

Wasn't sure how a theatrical company could do more for the series, but this movie was romantic and funny. It captures the characters and how they react when situations test their loyalty. Highly recommend.

Can’t wait for the next movie

Reminded how much I missed Downton and all of it’s wonder.

The movie was wonderful, sets and costumes were amazing. The only downer were the “extras” Very short snippets, only a few minutes each. There could have done so much more for us die hard fans.

It is so difficult to instill Christian values in our children today. I enjoy Downtown abbey when it was on TV. I didn't expect to get more of unchristian behavior. The perversion that was displayed is evidence of the times we live in. Come soon dear Jesus!

ScottNelson - This could not be better.

Fans (like us) will love this. And they had better keep them coming. The cast, crew, and all involved should be very proud. Amazing job! Well done all of you. Now then, to whom should we write to request a sequel?? (And then a trilogy. ;-) )

Great movie. I’m glad that I had the chance to see it on the big screen before it left since the last Saturday I finished the tv series. I enjoyed the story line along with seeing the actors/actresses all over again.

This script could not have included one more cliche without imploding on itself. This film is nothing more than a series of undeveloped stories strung together to serve as a backdrop for the set and costumes, which really are the main characters.

The Downton Abbey movie was just what the world needed. An escape from reality. A wholesome world where there are just as many laughs as there are tears. A true marvel movie for anyone of any age! One of the very few movies I ever saw in cinemas twice! I hope they make a sequel! ❤️

Story, cinematography and talent were right on. They never missed a beat! I hope we see another installment. Thank you for keeping Downton alive!

Rinasandler - Really good as was the series

The most pleasurable experience you’ll have watching a film in 2019. It’s like a 3 day vacation: just enough to satisfy your craving, but not so much that you wish it had never happened. The downstairs crew are the stars, with their team carrying the bulk of the comedy...which is some of the purest, funniest bits of humor you’ll see all year. Maggie Smith deserves several awards. And, naturally, Mary’s wardrobe is just everything.

Such a wonderful, feel good movie. Would recommend to everyone. What a magnificent ensemble cast. Bravo again to Julian Fellowes for another smash hit!!!

kini10 - Nice treat for those missing this series

I can give five stars to the actors for showing up. I couldn’t believe how fit and trim they all looked. The wardrobe was spectacular, music was fabulous. A tremendous opportunity was missed to show us more about our beloved downstairs dwellers. I thought the movie was too focused on the royal family. I think the world has grown weary of all things monarchy. Can we get a movie about the people after the sale of Downton??

Please ignore the (worst of human nature) reviewer offended by the homosexual character and blabbering about politics. This was a charming movie in every way; there was literally no agenda, political or otherwise. We loved the series and found the movie a two hour break from the people like said reviewer.

Ashbie T - Amazing in Every Way

Saw it the first night out! I took my daughters and it was so well done and the final scene...I don't think there was a dry eye in the theater. Please make another one and soon! Should win many Oscars next year!

I watched and was disappointed! Don’t waste your money 💰

I loved reuniting with DOWNTON. It was prefection heightened! The cast, music, cinematography, story were all as fantastic as HIGHCLERE itself! Cannot wait to watch it again and again. I WANT MORE PLEASE!

For fans of the show, this movie is a wonderful treat. All your favorite characters are present and accounted for ... As you watch, you are reminded of just how much you missed them all. The Dame, Maggie and Penelope steal the show. I challenge anyone not to burst into tears at the final scene between The Dowager and Mary.

Absolutely love this movie. I hope that they will produce more of this brilliant story.

Basically this is a two hour episode shot with 4K cameras and cinematic lenses. I love these characters and the writing was just as good as when it was on tv. Here’s hoping for a sequel... but I’d take a trilogy.

Simply amazing movie! I can’t wait to add this to my collection!

I can watch Downton Abbey forever and ever

AndreTheGeek - Better than the series

The "Downton Abbey" movie feels like an encore to the series. It is not brilliant in its own right, but for fans it is a chance to revisit places, characters and mini-plots that have become familiar and delightful. If you loved the series, you may not love the movie, but you'll at least enjoy it.

Great visuals, and that’s about all. The story was really rather pathetic. I’m glad I didn’t buy this. Save your money and quit while you’re ahead!

As a die hard fan of the tv series, it was all I could of hoped for in the motion picture. It moved seamlessly from the tv to the big screen. Maggie Smith, what can we say as magnificent as always. In a time of all movies having to have shock and awe, much like the everyday news, filled with devastation, corruption, rape, drugs, mass muder etc etc. There is an entire audience that would like to enjoy a feel good movie filled with their favorite characters, great acting, some twists and turns, and a triumphant ending. I was very happy to see my favorite actor from Waking Ned Devine, Susan Lynch, and Full Monty and Love Actual actor Mark Addy. Taking this movie home for Christmas to watch with the entire family! Well done! Keep it coming.

GreyMockingjay - Definitely not worth it

It wasn’t worth buying. The only thing that kept me interested was the very steamy love making and the crude humour. Though I did have to mute the movie a few times so my children wouldn’t hear the filthy language they spoke. THIS MOVIE IS NOT A FAMILY MOVIE!

Oldladymovies - Writers in a coma!

As a diehard Downton fan, I was extremely disappointed in this feature film. From the time they announced the production of this movie I've been eagerly awaiting it. But sadly, both my husband and I were sorely disappointed. The major criticism is that it seems as though the writers went to sleep on this one - a silly, and completely unbelievable storyline has the servants usurping the directions of the royal staff when they come to stay the night at Downton. It is totally unbelievable and one-dimensional. If you are going to invest so much time and money into a film production, it makes sense to start with a decent script. I never thought I'd say this, but I wish they had left off at the end of the series. I'm just going to try and pretend I ddint' see this and remember the t.v. series. Don't waste your money on this - rewatch some episodes for a fix instead.

Movies & Books for all - Everything I hoped it would be

The next chapter doesn’t disappoint! Downton fans, don’t miss this movie, you will love it.

CDeSouza - Exactly what fans would want....

....another season of Downton crammed into one sitting. Maggie Smith is a legend.

...Go for it. Saw it in theatre - I was one of three men there. My wife (and others there) seemed to love it. Me and other two men may have to start a support group. Don’t bother with this movie unless you’re a fan of the TV series.

This may be an unpopular opinion, but if nothing else, we'll up our tweet numbers: I really don't see why everyone…

@BennyBoygr That’s the only thing that would get me up so early these days but luckily no need, very quiet again on…

@RowanShawAuthor I mean, all the characters in Versailles are horrible people, but I appreciated that Chevy was bi.…

@niki_awae I could see him having a redemption arc the same as Thomas from Downton Abbey. We'll hate him until the end. #renewannewithane

@solthequeer not in our house you will not ...except for downton abbey

@berniespofforth As per the line from Downton Abbey: “There’s nothing like an English summer” “Except an English… 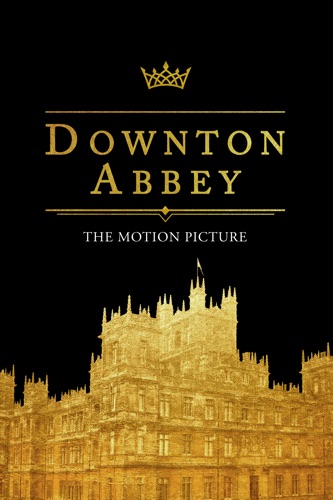