When the hunter becomes the prey...

first off when i want to enjoy a movie even if part of it are cheesy i dont want any part of the movie incorporating trashy rap music. the dam movie industry need to stop with the rap!!! apple stop avoiding posting my review or i will report you for unfair practices!

Saw it at a screening free. Wasn’t worth it.

For the most part Megan Fox pulled off that she can be more than a sexualized bae running after a man or some heavy machine that was once a car and thats nice to see. The plot was kind of dragged in parts, the casting was well enough and the overall message about sex trafficking and lion poaching is clear to the point. It was a good movie with the exception of where the plot slows down to build tension when its clear that everything is on the line as they try to make their way out of the jungle. Hope Megan picks more roles where shes the main character!

Junior Snyder - If this was made in 2001 it would’ve been worth it.

I support Megan and hope she is offered better roles. The writing could have been better anf better directed shots used for suspense but overall good movie.

It was ok But not sure if I’d recommend it. You could tell the parts that are fake and that made the movie 🥴

AtlasAric - Brings to light a lot of world issues

It’s a shame that people will hate on a movie because of Megan Fox alone. Honestly I wish the lions had not been part of it because it was a small, unnecessary plot device, but entertaining overall!

Undercross - Megan Fox as a merc?

Wow...such bad casting. In the next movie I guess the rock will be a swimsuit model..wait, I know, cast Joe Biden as Billy the Kid in a western. How about Nancy Pelosi as Miss Universe winner? How can they film this without laughing or is this really a comedy? Megan Fox is so attractive that no one will believe she is a killer merc? How about Bernie Sanders cast as Captain Kangaroo?

Babs the mighty - Megan has to pay her rent

There was no other reason for this movie

The movie is okay, but I was glad too see Mega Fox back in the game, she's such an underrated actress.

I wasn’t expecting much but I thought it was going to be a campy entertaining movie, but nop, bad acting obviosly and boring

tiered of these movies putting women like this in rolls they clearly dont belong this could have been a good movie but seriously megan fox?

Megan Fox is a mercenary who’s saving lives and having fun! It’s a goofy film that is totally worth the cheese! It’s great to see Megan Fox back in films

Do ya thang, I’m glad to see you in the screen again. You deserve good things and the respect Hollywood denied you. Shake off that negative energy!!! Go forward my lady and keep bringing us these out of character gems. 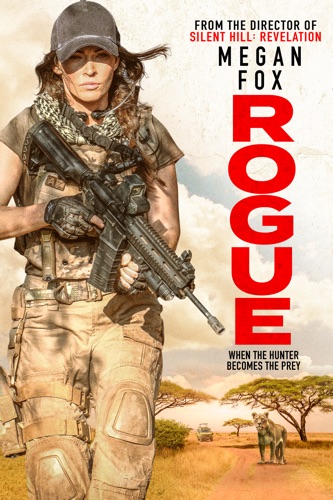