Pauly Shore (ENCINO MAN) and Steve-O ("Jackass") kick this outrageous, raunchy comedy into high gear. When engaged couple Sarah (Aimee Teegarden, "Friday Night Lights") and Blake (Mike Castle, "Brews Brothers") buy their dream home, there's a catch: a party animal named Randy (Shore) in the guest house who refuses to leave! When Randy throws a wild, sexy pool party, the cops show up—and Blake gets arrested. Can he and Sarah get through their backyard wedding without a certain loser crashing the party—and ruining their marriage? Also starring Chris Kattan (A NIGHT AT THE ROXBURY), Bobby Lee ("MADtv"), Erik Griffin (MURDER MYSTERY) and more! A newly engaged couple finds the home of their dreams and it quickly becomes a nightmare when the previous owner's friend continues squatting in their guest house. It leads to a turf war that ultimately ruins their house, their marriage and their lives. Guest House Wiki

They're kicking him to the curb. He's just kicking back...

This film was actual garbage, from the terrible character development, to the sudden changes in atmosphere. Steve-O couldn’t even save this movie from falling flat on the ground. It’s just god awful

It was really hard to watch. I’m a huge Pauly fan and he was fine, but the others were just bad. It might have been the directing, but the edits were choppy and the acting was so awkward. I’m surprised they released this.

The movie is absolutely horrible. Thought it was going to be good since it was on the top movie section but it was far from it. The acting is horrid.

Thought it was worth watching, but NOT! It was like watching Animal House on steroids... The only part worth watching was the ending. This could have been a good movie with a little more imagination and less of the other garbage!

Really poor acting and background music. Watched for 10 min and we decided to rent something else. $6 down the drain.

This just isn’t the weasel that we all love and adore! This movie made me happy to see him work again but sad that he didn’t bring out more of his charisma. Pauly you said once that old chicks where you live stay baby fresh nugs till there senile! Stay that baby fresh Nug pauly this isn’t it!

Not funny at all.

Good movie, funny moments and Pauly was awsome for that roll, glad I bought it in stead of renting, would watch this later again with the boys

I liked it a lot, I was hoping for more Bobby Lee but it was still good.

Wow! This raunchy comedy didn’t leave much to the imagination. But our group of friends found it laugh out loud funny. It had great comic chemistry among the characters. I thought it might be too formulaic but it had plenty of surprising twists and turns. And funny to think that this was made before the pandemic yet its painfully timely given how many people have been forced to live together for months. It feels like it’s got cult following potential like Old School.

PAULY SHORE!!!! THE ORIGINAL KING IS BACK!!!!!!!! bbbuuuuuuuuddddddd-E!!! Owowowowowowowwww!!!!!!! FINALLY!! 🖕 to anyone that said PAULY shore is dead! Legends never die haters!!

FreshlySqueeeeezed - What Year is this??

This looks like it was made 25 years ago. Steve O is the man but the trailer was so bad. Will wait until Netflix. 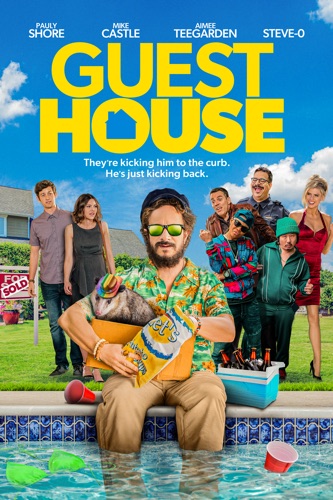