The Phenomenon Summary and Synopsis

Director James Fox’s explosive documentary is being hailed as the most credible and revealing film ever made about the long-standing global cover-up and mystery involving unidentified aerial phenomenon. Including shocking never-before-seen testimony from high-ranking government and military officials, NASA Astronauts, and riveting footage, the timely film includes bombshell reveals about UAP incursions at nuclear weapon facilities, and the monumental events behind the NY Times’ recent disclosure of UFO videos and The Pentagon’s classified UFO program. Providing eye-opening evidence that mankind is not alone in the universe, Senator Harry Reid says, “The Phenomenon makes the incredible credible.”Former Senior CIA Officer Jim Semivan, calls it “The most important documentary of the year.” Dr. Jacques Vallee says “70 years of secrecy has led to this. The most credible documentary ever made about UFOs.” Lue Elizondo, Former Director of the Pentagon’s Advanced Aerospace Threat Identification Program (AATIP), says "The Phenomenon sets a new benchmark for disclosure and is the most accurate and informative documentary ever made about UAPs.”Narrated by Peter Coyote (E.T), the film includes Senator Harry Reid, President Clinton, John Podesta, White House Chief of Staff for Clinton and advisor to Obama, Governor Bill Richardson, former U.S Department of Defense Senior Intelligence Official, Christopher Mellon, NASA Astronauts, Governor Fife Symington, Dr. Garry Nolan, Dr. Jacques Vallee, who was portrayed in Steven Spielberg’s Close Encounters of the Third Kind, and more. This documentary examines unidentified aerial phenomenon. With testimony from high-ranking government officials, and NASA Astronauts, Senator Harry Reid says it "makes the incredible credible." The Phenomenon Wiki

A wise man can learn more from a foolish question than a fool can learn from a wise answer.

What do you think The Phenomenon movie? Can you share your thoughts with other peoples?

Some of the same stories we know and a few not so known ones. Overall, it was good.

I’ve seen many of these and there were a number of historical documents and interviews which I hadn’t seen. I very much enjoyed this production.

I completely agree we’ve been visited and that the US government is aware. Yet, it’s hard not to take note of the politicians highlighted in this doc. All proven liars. More distraction.

James Fox has done it again. This is a must watch for anyone residing on the wet rock we call earth. It will open your mind and make you question reality.

It's an interesting watch. However, there were no new revelations. They should have devoted more time on and provided more information about the exotic metals. The underwater craft...

The whole thing is lazy... it has only old material, it is sensationalist and it even gets political. Garbage!

JonStutz - A Compelling History of UFOs

The Phenomenon is a well-made, compelling look at the history of UFOs beginning at the turn of the 1900s to the recent Pentagon revelations. For anyone new to the subject, many of the accounts are likely to be jaw-dropping. For the well-read on the subject there are still plenty of interviews, footage, and exploration into the phenomenon that warrant a look, including many interviews and audio from government officials and witnesses that I’d never heard before. From a production standpoint (a low point for many films in this field) James Fox has made one of the finest UFO documentaries out there. The sound design, editing, and voice over (by none other than ET /film legend Peter Coyote) is top notch. The most compelling and emotional moments (for me) are the cases with the school children describing a mass sighting. Some of their descriptions of the events is absolutely chilling and some of the best content in the field. I’d recommend this as essential viewing for everyone considering the evidence presented and what that means.

This documentary really brings out info that's not being told and it's criminal were being left in the dark. Highly recommend everyone watches this!

Arishee - Everyone needs to watch this

Well done. A wake up call.

The truth as presented here is plain and simple. We’ve been lied to.

Martin Grundle - A Must See

James Fox is an excellent filmmaker and now he’s back with The Phenomenon. It covers the history of well documented ufo cases as well as the US government’s ongoing investigations. The interviews & recreations make for a compelling documentary that everyone should see.

Not sure why more people don’t demand disclosure from the govt. contact your local representative today. Excellent film, James is a leader in his field. He’s on the Mt Rushmore of film makers in this field.

Documentary is terrible. Involves members of TTSA which are known for spreading fear and disinformation surrounding UFOs/UAP

"The Phenomenon is meritorious. It makes the incredible credible.” Former U.S Senate Majority Leader Harry Reid “The most important documentary of the yearand the most accurate examination of the world's greatest mystery.” Jim Semivan, Former Senior CIA officer, member of the Senior Intelligence Service "The Phenomenon sets a new benchmark for disclosure and is the most accurate and informative documentary ever made aboutUAPs. The film will help the Pentagon’s new UAP Task Force in its efforts to inform the U.S government about the reality of this enigma” Lue Elizondo, Former Director of thePentagon’s Advanced Aerospace Threat Identification Program (AATIP) “The rapidly increasing number and quality of land and space-based sensors is making the UAP issue impossible to avoid. I can’t think of a better way for people to begin educating themselves on this long-neglected issue than watching “The Phenomenon.” The film provides a badly needed remedy for the unwarranted stigma that for too long has prevented government and academia from taking this important topic seriously.” Chris Mellon, Former Deputy Assistant Secretary of Defense for Intelligence, U.S Department of Defense "This brilliant documentary provides us an eye-opening panorama of one of the most challenging issues of our day, the UFO enigma.The scope of its powerful coverage of never-before-seen credible interviews and events is absolutely ground-breaking.” Hal Puthoff, Ph.D., Co-Founder, To The Stars Academy of Arts & Science “The most compelling film ever made on the subject.” Governor Fife Symington “The most credible documentary ever made about UFOs. 70 years of secrecy has led to this.” Dr. Jacques Vallee, scientist and UFO researcher, portrayed in Spielberg’s Close Encounters of the Third Kind “The definitive examination of an enduring global mystery. The most powerful evidence…incredible stories told by credible people. This film will land on an unsuspecting Earth with the force of an alien invasion.” George Knapp, Investigative journalist “Masterfully presented, The Phenomenon is a comprehensive overview of UFOs that the public should not miss.” John B. Alexander, Ph.D, Retired Senior Army Officer, Los Alamos National Lab

The most credible and revealing ufo documentary ever made!

This is undoubtedly the most important documentary of our time. It's implications touch on every part of humanity. First step is to demand full disclosure from governments around the world.

This is hands down the best doumentary on real ET visitation yet produced! Mr. Fox and collobarators have done fantastic service to the public with this project. The source materials are compelling and presented in a way that is both easy to follow and also revelatory. From top miliatry whistleblowers to modern and historical encounters this movie leaves little out. Please share this film, the truth is out and it's coming to light.

James fox has delivered a true masterpiece with The Phenomenon. The film shows the history of the UFO enigma starting from the 20s all the way to modern day. The cinematography, production quality, case studies, narration, sound and music are absolutely stellar! Fox must’ve spent years making this movie to achieve this level of perfection. I bought the film for 20 bucks and got the three hours a bonus footage and glad I did. The additional content is well worth it. Typically I am underwhelmed by ufo docs this is the first one that truly surprised me. Don’t even think, just get it and enjoy and discuss this incredible piece of history.

If true, ground breaking. A lot fo information disclosed here. A must watch!

I truly enjoyed watching this documentary. Every minute raised my interest more and more. It was also educational with the older cases that i didn’t know about ( i’m 37 years old ). Really credible from beginning to finish.

If you've ever wanted to see an intelligent, grounded and serious documentary about UFOs, then this is the one you need to watch. It's brilliantly told and pieces together a credible, historical account of the phenomenon dating back to the 1940s. It provides some of the most reliable cases and witnesses from around the world. It's about time the cliché of cartooned 'little green men', X-files music and condescending looks of superiority by the uninformed come to an end. If you watch one film on the subject, make it this one!

Finally, a documentary about the the U.F.O question that you could quite happily and seriously show to serious people knowing there are no cringe moments. Obviously a labour of love to bring forward what we all need to know. Just excellent. Thank you.

This is very very convincing. Worth watching even if you are a sceptic.

The most credible UFO film ever made, top-secret material, impeccable witnesses, military pilots, astronauts, state governors, high ranking pentagon officials, scientists. Never seen before video, the film takes us on a journey through UFO history, it has the feeling of being unofficially authorised by the Pentagon with access to some of the most sensitive documents and high ranking military and government personnel. This film is the most sincere and factual documentary ever made on the subject. Disclosure has started.

This is probably the best documentary out there that covers the history of UFOs 1947-2020.

Danny Simba - A history lesson you won’t have had at school.

James Fox’s documentary brilliantly covers 70 years of historical UFO sightings and events highlighting commonalities and links to nuclear activity and the bombshell fact there was indeed a cover up of the issue. It brings us up to date with recent Pentagon revelations all backed up with expert witness testimony from high ranking government officials, former astronaughts and military personel. This film is a must watch and an eye opener for all of humanity.

They have taken bits from speeches to paint their narrative. Bill Clinton went looking for info on aliens and stated “if there was any, I couldn’t find it.” Any technically advanced species that can transverse billions of light years wouldn’t waste their time coming here. 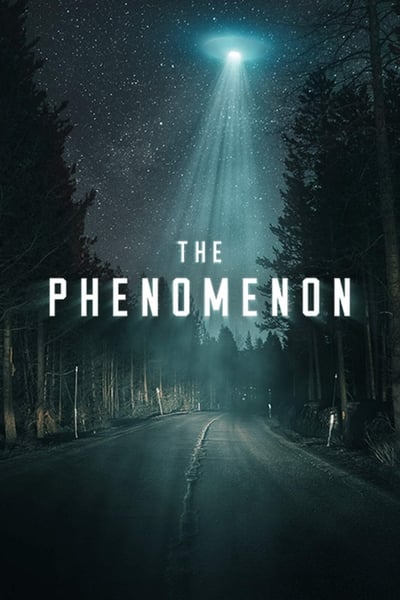