Battle of the Bulge: Winter War Summary and Synopsis

The two most powerful warriors are patience and time.

What do you think Battle of the Bulge: Winter War movie? Can you share your thoughts with other peoples?

Poor acting, silly lines, slow moving. One fight sequence is shown twice. This movie is so bad it deserves negative stars. Overall a terrible movie - no redeeming qualities or moments of any kind. I know this sounds harsh, and I apologize for that - but this is not a movie that is worth being watched.

Save your money this movie is absolutely awful I would give it no stars! If I could!!! Don’t be fooled with Billy Zane and Tom Berenger in the movie! Even their acting is atrocious! I wish I could get my money back! Very disappointing!

Bluegoose54 - Worst war movie ever made!!!

To be fair the uniforms and equipment appear to be accurate for the time. The acting is terrible, even from the well known actors. The special effects are zero. Seriously think a high school drama/film class could do a better job. I didn’t even finish the movie it was so bad. Wouldn’t watch even if it was free. Can’t stress enough, don’t watch.

Not worth the film, the cartoon gun fire along with bad acting did this classic no justice!!!

Total waste of money ... terrible directing, terrible acting. Turned it off after 15 minutes.

Don’t waste your money. The acting was poor and there was nothing historical about it.

Danny Archer - Pass this one by

Historically inaccurate. Militarily inaccurate. Poor attention to details. Really poor acting. A film school student could have done a better job at making this movie. Do not waste your money on this trash.

Worst WWII movie I’ve seen in a while. Bad acting, and effects. Not worth your time.

I wish i had read the reviews....TOTAL WASTE of money.

They turned the Ardennes Offensive ("Battle of the Bulge") into a petty socio-political critique on race relations... What a disgrace and utterly insulting to the men who fought and died in this great struggle, and to modern audiences.

DS-History - Good Good what a waste of money

This should be illegal to charge for this thing. Do NOT rent or buy this thing!!!! Pathetic!!!!

Apple should refund the money if you rented this. If I could give it a zero star I would have.

V the W - Battle of the Bulge

Should be a zero

Horrible writing and poor acting ruined what could have been a compelling story line. Terrible movie.

The acting was horrible and the slowness of the delivery of the lines were hardly an example of wartime activity especially in battle scenes and impending danger. I do not recommend renting or buying this tragedy of a movie experience.

I think the war on drugs should be refocused and renamed “war on bad films” these guys would get life without. Would rather have seen Tom Berenger in another remake of sniper!!

Didn't know the sun was shining so brightly durly the seige. No one looked cold and hungry. Clean sharp uniforms Otherr than that worst acting and portrayl ever.

I'm sorry to have wasted my money and time watching this cheap movie.

Looks good, hard to make a super duper fantastic war film with low budget. But the people who write the reviews wouldn’t know that. Keep you head up guys I love this. #independentfilmmakers

Easily, the worst movie I have ever seen and a waste of talented actors (at least I think Tom Berenger is a good actor). Did they not even have opportunity to rehearse their lines? Was the budget so low you had to repeat showing some scenes...or was there just no budget for the cutting floor?

Just by looking at the trailer alone I can’t get myself to watch this movie because everyone is so clean. No one’s dirty the uniforms are speaking span they’re getting in a fight but everyone looks clean no dirt on uniforms. I’ve been to Afghanistan and Iraq I know what a dirty uniform looks like and the only time it’s clean is if we’re in the rear with the gear.

I so wanted this to be something to decent to watch after being glued to the news during the election. The story is facinating but the writing, acting, cinematography is appauling. Note to self, read the review befoe you purchase. Does anyone know how to delete a purchased movie from your playlist?

ColoradoJB2 - So Glad I did NOT buy this movie!!!

I could have made a better movie on my iPhone! Literally in the top 5 worst movies ever filmed. Cabin Boy is number one worst...until I saw this!

Patrick Volpi - It’s not worth to spend 7 dollars on

You can tell it’s a low budget movie. Action isn’t really that great CGI is pretty bad. I know a youtube channel could do better then this. Dialogue is pretty bad. Audio is ever so slightly out of sync. Do not buy

The worst war movie I have ever seen. It is like a bunch of kids with no military or historical knowledge decided to go to the woods to play war and make a movie. Totally disrespectful of the soldiers who fought this historic battle.

Maximilian62 - Battle of the Buldge

Worst movie I remember for the past 10 years. Actors and director have never ever been even close to the army. Waste of Money. And a prove that Apple only hast crap Movies to offer.

It’s zero stars. I really can’t believe Tom Berringer leant his name to this movie. Horrible acting, horrible action sequences and just all around bad. The plot itself could have been interesting but I’m possible to get past everything else that is wrong

Wow bad on every level. It’s like they were trying to make a bad movie.

Can we give less than one star? Awful. Surprised Berenger agreed to star in such a poor film. The combat scenes are not even close to accurate. Rifles aren’t shouldered appropriately, sounds are not authentic. It’s as if someone made this as a senior film class project. Senior High School film project that is. This should be a free rental. Not worth $6.99, the current rental as of 11/8/2020.

Not buy it it worst I had seen it

This movie is Trash.

I can’t believe i wasted my money on this movie. It’s so bad, cringeworthy bad in almost every way imaginable. Don’t waste your time or money!

Acting very poor, don’t waste your money on this dog.

The acting is poor at best, very little action, war scenes are atrocious, tv shows like Combat from the 60’s had more realistic scenes. Never buying another movie until there are thousands of reviews

I never ever leave reviews for anything but I just had to here. Horrible acting, low budget film charging $6.99 rental?? Really! I wouldn’t watch it for free. Sorry, not trying to be harsh to those in the movie or those that produced it but hopefully this helps you aim for better next tim

I don’t know what is worse, the acting or the cinematography. In the middle of a war scene, these “actors” can’t muster up a little excitement and nervousness? Flat tones and stale expressions. Plus, you might get motion sickness from the terrible camera work. Save your money.

What a waste of money. Watched the first 15 minutes and almost fell asleep. Terrible acting and should be a complete embarrassment to those that invested in this project. 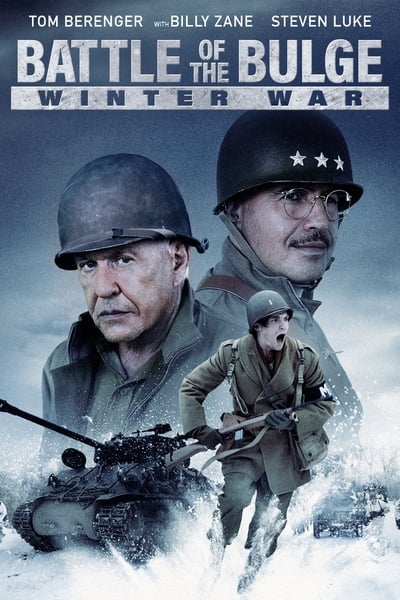