The Doorman Summary and Synopsis

Be careful who you trust...

What do you think The Doorman movie? Can you share your thoughts with other peoples?

techconnect - Waste of money and time

Batwoman or not, Ruby really out did herself and I’m glad she’s doing much better after bouncing back from her injury. As for all those negative comments/reviews, quit thinking you can do better than her or any of the other actors.

I was good, predictable but good

Its not a big budget movie, story line is generic, but the action is great and entertaining! Ruby Rose and Jean Reno did a great job in their roles. Their aciting was spot on as always!.

Ruby rose did amazing and I just love her work on this one! Highly recommend to everyone to watch!

I rented this movie because the preview looked interesting and exciting, and because Jean Reno - a for real great artist - is in it. Reno was good, the other acting was OK, the plot was weak, and the all important gunfights and fistfights were silly. Got a feeling the lead lady could do a good job in a different film, but seeing her fight off several guys at once with fists, knives and guns was silly and not exciting.

I will give it a half a star if I could ... and that would be only because of the presence of Jean Reno. I never felt so terrible about spending nine dollars until today. I don't know what made Jean Reno to participate in this garbage... Terrible dialogues, terrible acting and mainly awful cinematography. My 12-year-old niece can make a better movie on her iPhone. give yourself a favor and save the money ... One of the worst movies made in a decade.

Hollywood is pushing out crap just to push out stuff during this shutdown. Did a 3rd grader put this crap together??

I liked it! Enjoyable and fun. Not something to take seriously just easy, fun movie! Lots of action.

seriously, apple, you put this up for people to waste their $? shame on you and those who made this garbage movie.

holmcph1 - omg what a waist of time

whats up in hollywood are they competing which little girl can kill most bad guys? she is 45 kg and she is doing 4 at a time, very impressive. if you have more money and time to waist you should watch Ava after :) boring plot, bad acting just a bad movie, i only bought it because i really like Jean Reno but after this....... 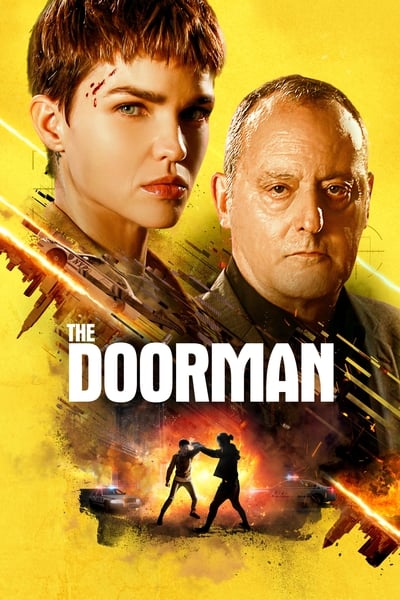