HUNTER HUNTER follows a family living in the remote wilderness earning a living as fur trappers. Joseph Mersault (Devon Sawa), his wife Anne (Camille Sullivan), and their daughter Renée (Summer H. Howell) struggle to make ends meet and think their traps are being hunted by the return of a rogue wolf. Determined to catch the predator in the act, Joseph leaves his family behind to track the wolf. Anne and Renée grow increasingly anxious during Joseph's prolonged absence and struggle to survive without him. When they hear a strange noise outside their cabin, Anne hopes it is Joseph but instead finds a man named Lou (Nick Stahl), who has been severely injured and left for dead. The longer Lou stays and Joseph is away, the more paranoid Anne becomes, and the idea of a mysterious predator in the woods slowly becomes a threat much closer to home. Joseph and his family live in the remote wilderness as fur trappers but their tranquility starts to be threatened when they think are being hunted by the return of a rogue wolf and Joseph leaves them behind to track it. Hunter Hunter Wiki

Stay committed to your decisions, but stay flexible in your approach.

What do you think Hunter Hunter movie? Can you share your thoughts with other peoples?

I actually liked the first 90% of the movie. Suspenseful, interesting...a little slow, but good. It was the worst ending to a movie I have ever seen. Absolutely stupid!

Love the twist at the end. Great performances. The story kept moving. Lacked of back story on the family’s history.

The Great Harlando - Solid B

Gmason456 - Worst movie of all time

Movie is so gory and would not recommend it for anybody movie should never been created and I requested a refund for this one do not purchase it you’ll be disappointed. Daughter gets raped and kills in the movie it’s terrible.

It’s a Horror or idk what the heck type of movie Why a person other than a psycho would enjoy this garbage - hmmm HORRIBLE & Depressing First time I didn’t read the reviews before I rented Wish I could get a refund , oh and the last 2 hours of wasted time back. 🤢 YUCK 🤮

I thought this was going to be a live action rendition of HunterxHunter the anime. Wow, was I surprised when I found out it wasn’t.

The film has a compelling first act. But fails to set up a few major twists and turns in a way that we care that they happen.

First half of the movie was pretty good, then it takes an ugly turn-didn’t fit our expections.

Going in my top 5 of 2020 horror, I thought it was great, and the ending was insane.

The absolute worst movie I have ever watched.

Zollern_ - Save your money

Trailer makes this look like a tense, interesting thriller. It isn’t. Dumb characters make dumb decisions and dumb stuff happens. So it goes.

Dumbest movie ever. Didn’t even have a story. Booo.

Written by someone who knew NOTHING about living in the wilderness. For “outdoorsy, live off the land” folks they were all pretty stupid and scared of their own shadow. And you have to laugh that they carried a .22 and omg, the part where she picks up a live WILD rabbit and snaps his neck Hahaha! All of this was obviously written by someone who knew nothing about the subject matter, thus m me along the movie laughable.

I’ve lived in the woods my whole life. Hunted, fished, trapped. This scenario would’ve gone down a whole different way with me. And why do you always have to make the women so weak in a movie?! Movie started out great, but the ending was ridiculous.

erm im sorry she could of her and daughter drove to the police station and said she a wounded man, Also she made hannibal hector look normal at the end just crap

PMore - Great movie and what an ending!

This is by far the worst and most disgusting movie I watched -story makes absolutely no sense and the scenes are just horrifying and disgusting. There’s something seriously wrong with the director and writer. please refund the money DO NOT WASTE YOUR $$$

I’m not sure to give a little credit on certain decisions; the course of the story is a little weird. Obviously, living in the wild is hard.

Guess I should have expected the ending.

Not worth paying anything.

Give it time. It’s a slow burn.

It's a slow burn but well worth the wait. I'd admit that I spent the first part of the movie wondering if this was the best movie I've seen in awhile or the worst. It is what it is- a great horror movie and the ending rocks.

This movie is a perfect example of how the choices we make in life impact others with sometimes tragic consequences. I was riveted from the first 5 minutes and the twists and turns the movie took were spell-binding. I loved the movie and I am not a teenager that loves every movie - I am in my 40's and always enjoy non-formulaic movies. This movie was definitely not like the typical recycled garbage coming out of Hollywood. Solid directing; solid character development and solid story. Don't miss this film - you will enjoy it. I am guessing the one star reviews are from people that don't like a little gore (only one part was gory) but this movie had me riveted from start to finish. Can't say it strongly enough - watch this movie!

Kobe & Stan the Man - Ending worth the watch

What an ending. Mind blown.

Don’t get the bad reviews, this movie left me thinking about it well after it was over.

As soon as the movie starts each individual of this family starts to RAPIDLY forget everything they ever learned about living in the wild. The director spends an interminable amount of time shoving this down the viewers throat. I was insulting really . I had to stop the movie 1/3 way in I was so annoyed.

I had to keep asking my boyfriend what was going on

It started pretty decent at best. Definitely a strange ending to say the least. I wouldn’t recommend this to anyone to be honest, it’s almost like they ran out of money for production. Even the effects dropped in quality after about 50 min.

I, personally, had a difficult time empathizing with these characters. Perhaps b/c I'm not a wilderness person. To each his own I guess. The ending was so outlandish that I had to laugh at it. Remeniscent of the French film Martyrs only not as good.

If I could leave 0 stars, I would. The first 5 minutes set up what I thought was going to be a great movie, but goes downhill from there. Predictable and outright dumb. Save yourself time and money. I would be disappointed watching it on Netflix let alone paying for it

I really enjoyed this movie! Really good. Worth watching.

45-60 minutes of edge of your seat story telling, character development and thrills....only to seemingly run out of $$$ and rush a bizarre, jarring ending. While you appreciate a different take, there were so many great ways this film could have ended, but they come up way short. Terrible ending, and not because of the shocking visuals, but for the hurried effort to tie up an otherwise edge of your seat thriller.

Look - I love a good thriller and I don’t have anything against gore. This movie had so much potential. The trailer set me up for a completely different kind of plot - which very well could be why the trailer used the word “surprise” in it - because yes - the ending was a complete surprise - basically a complete deviation from what was otherwise a good movie. I wondered - did a new director take over the last 10 minutes of the movie? The first 3/4 of this movie was interesting and tense. The acting was solid. Scenes in the remote wilderness with the isolated family were well-acted and visually appealing with just the right level of tension. But the ending? Campy and ridiculous.

How to make money with the least amount of effort? Hmm ok, come up with a somewhat unique story ending, then write 1-1/2 hour filler of a back story leading up to it. Buy it or rent it, you’re paying for the last 5 minutes of the movie that’s not worth a dime. I give it 1 Star for the unique ending plus 1 Star for the trippy psychedelic song playing during the last 5 minutes.. 2 much.

Loved this movie. Great story telling and keeps you in the edge of your seat headed into the second half and culminates in a very unforgettable ending. Recommend.

It surprised the, you know what, outta me. Good movie

I don't normally do movie reviews but this movie is special. I have a hard time believing people got together and filmed this abomination. Its got to be the worst script ever, totally revolting and for no reason. I am really surprised this was allowed to be viewed by the public.

This is perfect if you want a glimpse of a world worse than living through a global pandemic and you are needing escape from the comfort of your own modern home.

OdinRider - COULD HAVE been fairly good, BUT...

...seriously, that ending? Who sat on the toilet and thought of THAT?! The movie had me watching on the edge of my seat and the ending really ruined it, SO GLAD I only rented it! It was a different take on the typical serial killer movie chain of events, and then they seemed to not know what to have the characters do at the end.

I really liked this movie, and the ending is AMAZING!!! A lot of fun.

Had hopes of getting better but it’s just not a good movie. Not worth $6.99 rental

Killbox199 - A fitting thriller with a jarring ending

A lot will be made about the ending, but the script builds a foundation to unleash such a final scene. Well-acted and visually sound makes this a movie worth watching, too. If gore isn’t your thing than skip this ride.

Lately most movies make me fall asleep 20 minutes in but this one I watched the full thing through, this is a compliment.

This was a good movie with good acting. But be forwarned there are some really disturbing scenes.

This had more surprises than I was ready for - what a finale! Excellent flick!

@RKTTAS @CRUNGE16 Just @JoeBiden being Biden. No wonder Hunter is like he is.

There might be some good Hunter Biden info in this...

@zirbetza FHAFSSG Fun fact: Emoting at the hunter slows you down! The final frame staggers you

@killugonist: “it’s a shame she’s gone, just when hunter x hunter has finally come back” me:

So basically my laptop can run Dead By Daylight, but the moment particle effects happen (bloodsplatters for example…

Why is Monster Hunter ported to Switch? why? why? why? 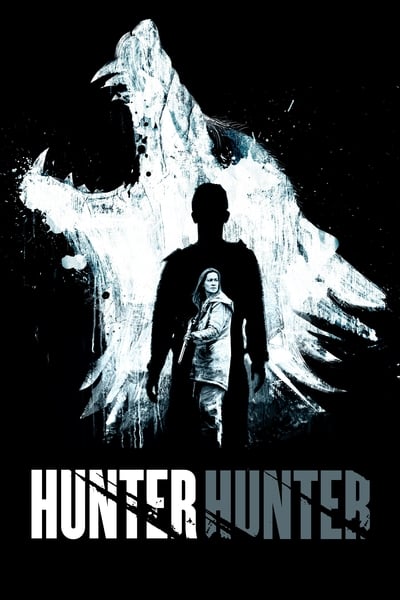