Let Him Go Summary and Synopsis

What do you think Let Him Go movie? Can you share your thoughts with other peoples?

Preacher25 - Another message from our Hollywood betters

CEF1998 - Who is paying twenty bucks to rent movies?

Nope nope nope. Go to Redbox. This is nuts.

I have never been more scared of a family in my life and for one enjoyed this film. You don’t need monsters or demons to scare you when you got simply a psychotic family trying to stop you from taking your grandchild. All in all, this movie is a solid 10 for me.

This is a very deep movie that keeps you on the edge of your seat! Always keeps you guessing what will happen next! Not for snowflakes as there is violence and firearms.

I was glad to get to the end. At times I couldn’t believe the two main characters could be so dumb.

Not worth $20 at all. Lockdown price gouge. Netflix and amazon have better originals.

Am I the only one who refuses to rent a movie for $20?

The only way this waste of film could have been better is if Kevin Costner was put out of his misery with the horse. Terrible plot... rushed sub plots.... and zero continuity. Arghh

Never rent something for 20 bucks when you can purchase it for 20. SMH.

I went to go see the movie in theaters and it was so awful. The story made no sense, it was misleading, and I’m happy I didn’t just waste $20, instead I wasted ten at the theatre. I was happy when it ended, I laughed at the ending even though I shouldn’t have.

This movie that is filled with grief and loss, also shows the ferocity of a mother’s love and control. The good sides and the bad. It is a good build up, I don’t think the violence was gratuitous, this is as much a thriller as a drama. Great performances from the two main leading ladies. Their first meeting was chilling.

Killbox199 - Yellowstone fans may be disappointed but solid movie 🍿

Beautifully shot movie with solid screenplay, but the character development fell short past Lane and Costner, which did a great job. The casting was suspect and the fate of the movie was too much of a burden for just those two to carry. I will continue to support “early access” and would have seen this movie regardless

I think there are a lot of families like this in America. It is not so far fetched. The fact that so many have guns makes it difficult to resolve problems in a civilized way.

S Slammer - Should have been better

So it kept my attention, but the ending was a bit disappointing. Acceptable only during a pandemic.

This movie was slow and somewhat boring. I expected more. I would recommend skipping this one although I like the actors.

Adore Kevin Costner. My favorite actor ever. Like the acting by Diane Ladd. However, I don’t think the two were the best pairing for this movie. The story line was excellent. Acting by all parts was excellent. The movie itself was disturbing to me on A few accounts. I do not want to spoil alert for anyone else who chooses to rent this film. Very disappointed in the ending. Would I rent this again? No, but, I’m glad I did.

Horrible movie—-gratuitous violence in a plot that has no logic. Costner trading on his Yellowstone persona, Lane unconvincing in the cornerstone role. Very sorry I watched the film and certainly sorry I spent the 19.99!

The movie made me go through a rollercoaster of emotions.

Outstanding! A must rent! Pleeeeeease release this kind of movie more often. This is probably a twisted way of looking at it because this one is so intense but as the credits rolled and I was totally satisfied with this film that I may rent the $20 movie again I realized.....hey, I forgot about Covid for two hours. Hallelujah.

I expected a lot more out of this movie. I dont mind spending $19.99 on a movie especially when i can stay home safe in my own house but this movie wasnt worht it. Sorry

I just had to comment on this even tho this movie along with the actors are completely irrelevant to me but the fact that the only option is paying $20 to “rent” a movie like this honestly should be a crime against nature and anybody who actually pays that much is definitely mentally ill lol .

christianbailey - NO COV - How great is that?

Old fashioned Hollywood movie. Totally entertaining. Exciting. Kevin Costner and Diane Lame are fantastic. This is part of the new era of movies first run at home from now on- which was part of the excitement. MORE. AT HOME. THEATERS ARE A THING OF THE PAST. LET THEM GO. I MAKE POPCORN AND ITS GREAT NOT HAVING SOME ANNOYING STRANGER SITTING WAY TOO CLOSE MOVING AROUND TALKING AND CHOMPING ON THEIR POPCORN OH WHATS THAT? With their mouth open WITH THEIR MOUTH OPEN WHILE CHOMPING AND THEY SMELL Shoes off! OH NO YOU DONT! AND GIVING ME THEIR COVID 19 WHILE ASKING WHOMEVER THEY CAME WITH SOMEONE EQUALLY ANNOYING WHATS GOING ON? What did he say? Then I lean over and say - DO YOU MIND NOT TALKING. Then for the rest of the movie we are uncomfortable sitting next to each other. And they talk again and I say WHAT THE HELL? Then I drag the person out by their ear, or ponytail. Thanks Kev and Di FOR FORGING THIS NEW NORMAL of AT HOME FIRST RUN WITHOUT STRANGERS THAT YOU SHOULDN'T BE WATCHING MOVIES WITH ANYWAY.

Great movie set in 50/60s with Costner playing very much like John Dutton. Also set in Montana so scenery is beautiful. The build up is well worth it and gives a great ending.

Beautiful cinematography and film. Slow at times but intense. Just wish the ending was happier. It’s a great enjoy

Slow burn but great story. Plus it’s got Kevin & Diane! What’s not to love.

People like the Weboy’s exist and are closer than you’d like to believe. A raw and gritty view of the side of life most are sheltered from.

I am an avid movie watcher, and a tough critic; so I don't know what these folks watched because they are giving poor reviews. This movie is outstanding, the acting is on point! If you are a fan of YELLOWSTONE you will enjoy this movie. I laughed, cussed, and cried. I felt every emotion throughout. This rental was worth every dollar, and I haven't ever said that before.. The ending let me down a bit ( not going to spoil anything) , but I get why it went that way. LOVED IT!!!

Beautiful photography, strong direction and first-rate performances should make this a modern classic. But it isn't. At all. The script waffles between a serious drama about dealing with loss, and a goofy kidnap story. Once again, traditional male values are subverted, and the result is a silly mess. What a waste of some fine work.

SrDragonWolf - This is Amazing, but dark!

This is Amazing, but dark! They could not have picked a better cast for this film. Another great performance by Kevin Costner, he still does an amazing job. For all of you who have to post a review, and are giving inappropriate comments please keep them to your self. (Or post them on Facebook where they belong)

If I could give it negative -5 stars, I would. 2 hours wasted of my life that I will never get back. So slow. So dumb. I am disgusted I wasted $20 on this horrible movie. I should’ve just burned a $20 bill in the street.

Carson Bird - Let Him Go is an intense slow burn

This movie starts out with beautiful cinematography that is consistent throughout the entire film. It’s gorgeous to look at. The two lead performances by Costner and Lane are phenomenal, you really believe in their relationship and the bond they have with their grandson in the movie. The entire movie I was captivated, however it does drag a little bit in the second act. You care about the charterers, but you struggle to stay interested in how slow they tend to go. All of his quickly stops once the third act begins. Once this third act begins it is pure sweaty-palms cinema. Highly recommend if you don’t mind a slow burn drama with great cinematography and greater performances.

Previews are deceiving save money now. Your welcome!

This movie currently scores a 79% on Rotton Tomatoes. If you know the premise going in, you'll be satisfied with the trade: your money for a solid movie. $20 is always too much to rent a movie so try to split the cost among family or friends.

But where is Clark / Superman?

It’s not bad. It’s not great. I’m not a Costner fan but he did well in this. Fairly predictable/formulaic esp. if you see the trailer first. At end of day it’s an ok/good movie if you need to escape for a couple hours.

oketch96 - a diamond in the rough

Kept me and my boyfriend on the edge of our seats the entire film. Didn’t feel like a 2 hour movie at all. Highly recommend

This movie has got to be one of the worst movies I have ever seen. Even the actors are terrible. DO NOT BUY!

It had potential. Could have gone in several great directions but they picked the long way around. It’s a slow burn that leaves much to be desired. There’s no cheering section, there’s no fear although you anticipate tension, things just happen and you’re left thinking, “uh, okay” they are good at making you think it’s about to go down, it doesn’t. I mean, watch it if you’re already feeling disappointed because this won’t make you feel worse. I mean as viewers aren’t we supposed to care when people die that we like? Yeah this movie doesn’t give you that. Aren’t we supposed to be glad when people die that we don’t like? Yeah you’re not gonna get that either. It doesn’t leave you wanting more it leaves wishing you picked a different movie. Take a pass.

@daisynconfusd RIGHT????? omfg she needs to let him go

@Iloveuyapotato: I wanna thank the caller of the week for asking the question to Abhinav. It was needed. I want him to answer back the l…

@Iloveuyapotato: I wanna thank the caller of the week for asking the question to Abhinav. It was needed. I want him to answer back the l…

@michelleweb67 @MGRANT65 @Joe_Hildebrand I said followed darling. But hey let’s just make it up as you go along. It…

Josh Hart just reminding they Lakers why they let him go....Average at best player.

And one of my Salukis stole an entire pizza from the counter and got it through the doggy door. Ran after him and…

Y don't Rahul G go n sit in dharna encouraged by him, let's see how many days he can sit there.He shd set an exampl…

late night thought: yugyeom gets infantilized so much i get it he’s super cute and sweet and lovely but he’s a 23 y…

@kathasty: you’re in his likes and I’m also in his likes. we’re the same sis let’s go talk shit about him at the bar

@kid_prairie @vance_mike We could put him in a Japanese Zero plane, let him fly off a bit, and then scramble F-15's…

based on novel or book image 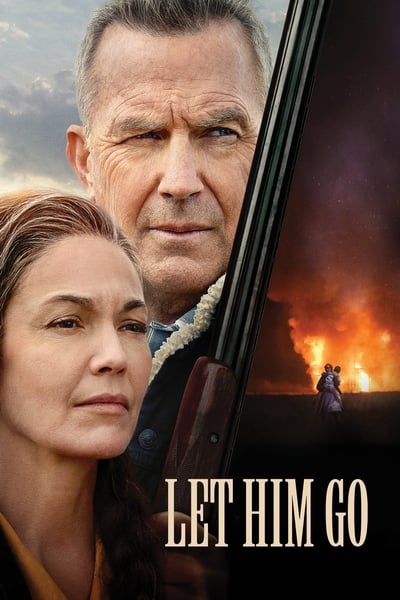