Meticulous thief Tom Carter (Liam Neeson) has stolen $9 million from small-town banks while keeping his identity a secret. But after he falls in love with the bubbly Annie (Kate Walsh), Tom decides to come clean about his criminal past, only to be double-crossed by two ruthless FBI agents. Packed with action, Honest Thief is a tale of redemption and one man's mission to make things right for the sake of love. A bank robber tries to turn himself in because he's falling in love and wants to live an honest life...but when he realizes the Feds are more corrupt than him, he must fight back to clear his name. Honest Thief Wiki

What do you think Honest Thief movie? Can you share your thoughts with other peoples?

Crap movie from a crap actor. Who would want to watch anything this America hating butthead makes. Despises “Americans and their guns,” but makes his living from pretending to kill people! What a loser.

Better than I expected. Great plot and acting! Naturally if he hadn’t stole the money in the first place he wouldn’t have this problem, lol ;)

Mr reason - Yawn, But Not Forgotten

It’s a given that if it’s a Liam Neeson film, you know how it, and all of its following sequels, will end before you even see the first scene. However, this film does have its purpose. It’s great to help induce sleep during bouts of insomnia.

A good movie. Good ending. Not a great movie, but certainly worth watching. I don't understand the one star reviews. The movie is much better than that.

Stop wasting your time and hard earned money supporting these sorry mental cases in Hollywood that are so desperate to have you bow down to their feet that they are just throwing trash movies out at you. Absolutely PATHETIC!! Liam Neeson, one of Hollywoods biggest names in acting, always acting with a gun in his hand and yet the whole time, HE EXPECT YOU TO BE UNARMED AND A VICTIM!! Stop supporting these fools. Bring on some real and honest actors that live by what they portray, at least.

Ever throw up in your mouth then swallow it back down? If not, watch this movie...

Don’t even rent this. Wait to watch it on TV a few years from now. Actually never watch it.

dr3wography - Liam does it again!

Don’t understand the bad reviews! Though predictable, Liam Neeson brings the same action and thrill that he does to all of his movies!

He does sure film great movies. Loved the ending!

I like Liam Neeson this is not a great movie it’s mediocre at best I don’t know who’s writing this crap it is a movie that I watch once great movies you watched two and three times this one not so much.

Good movie but predictable. Some dumb plot like the woman going to the storage place even though he said get away. Kinda lame plot with the crooked thief giving all his money up because he is love. Yeah okay. Enough action to keep you entertained. Heard of crooked cops not crooked FBI agents .

Feels like a really bad TV movie. Wait until you can see it for free, and you may not want to finish watching it.

That was the review.

Down in flames - Horrible

not even worth a 99 cent rental if it comes to that. Bad story. Bad acting. Totally worthless.

Great movie! And no I’m not getting paid to give 4stars. Some people expect too much, I recommend watch movie from your favor actors and maybe you will be happy.

I’m writing this review based on the trailer. It looks like they phoned this one in .. literally looks like it’s all digitally put together and the actors aren’t even together making the film. What a waste. Don’t try to fool people

Thank you n2northsiders! Your review was a well needed, honest viewpoint. They need to back off the hyped-up reviews and stop misleading the potential audience. You nailed it with your title!

I wanted to like it. The positive reviews sold me, which now that I’ve seen it, I’m puzzled how there can be so many positive reviews. I’m a Liam Nesson fan, but this movie was like how to make a movie 101. Elementary screen writing. No surprises or clever banter. Just blah. Produced badly. Lots of holes. Big disappointment. Would love my time and money back.

It was alright nothing too exciting about this movie

Can’t believe I sat thru the whole thing. Is Neeson that broke? Take a pass on this one.

Shallow script. Not smart at all. Nonsense.

it was an amazing movie .

This was a relatively clean movie that was easy and exciting to watch.

Not sure how it has 4 stars movie is just awful.

Too much talking and not enough action... And yes there is an annoying woman who is nothing but a setback for this dude

SuttonDDown - Not the greatest story

Good if you are bored. Liam is a top actor, story is not great.

craigg12 - Great actors who phoned it in

Great cast... horrible writing and acting. Was hoping for so much better, but this movie was complete crap, my wife and I were laughing at scenes that made no sense..

Liam Neeson is the Tom Hanks of revenge and violence. Like Mr Hanks, if Liam is in it, the movie is passable.

ehh it was okay. the story is kinda stupid. Turn the money in anonymousley. Plus some for any damages. Bam! Redeemed.

More down-to-earth and lower key than your typical Liam Neeson action films. Great story line and engaging characters. I love the chemistry between Neeson and Walsh in this one.

It was ok. Storyline was a bit out there. But a fun watch if nothing else looks good.

Liam Neeson never let me down I love this movie ,he’s a great actor this movie have a lot of action and dome good actors ❤️

Manuel_Alvarado - You won’t be disappointed

Another great movie of the Taken guy

The best Liam Neeson movie I’ve ever seen. Very believable. Good action, as always - but a story that will jerk a few tears.

They must be paying people to write favorable reviews. If you’re got money to burn, have at it

Little like Taken movies... but storyline & action was great ..

You wont be bored

I went into this thinking it was gonna another generic sloppy Action movie but it was a pleasant surprise. I went to see this with my dad on his birthday and he had a great time with it and so did I do it was nice seeing him a have good time. Liam Neeson is much more likable than he is in his other movies. And this movie has good amount of action packed scenes

Great escapism and some good acting.

I usually don’t write reviews but this movie is worth your time. It is an excellent movie. Will be watching it again.

Join me to get free gift cards on @Listia! Use code "DPJQLC" for an extra 250 PTS. Just got this with my Points, Th…

@supermangeek101: @DiscussingFilm Look like Liam Neeson has Taken retirement from action movies & is done with his Non-Stop Cold Pursuit…

@TheRandyVandy Have you not seen Honest Thief? That is the most epic film ever made

There’s a new Liam Neeson movie for rent called Honest Thief, I think that might do the trick 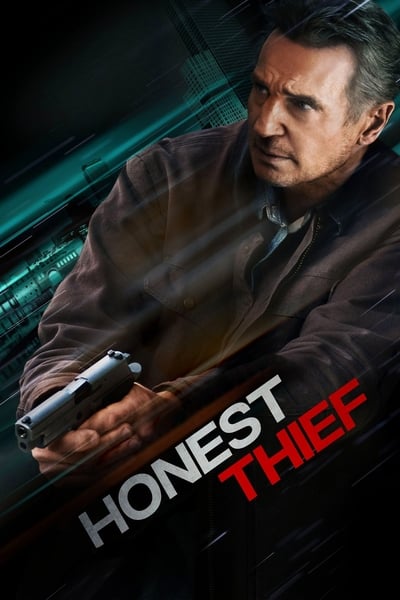