When New Orleans paramedics and longtime best friends Steve (Anthony Mackie) and Dennis (Jamie Dornan) are called to a series of bizarre, gruesome accidents, they chalk it up to the mysterious new party drug found at the scene. But after Dennis’s oldest daughter suddenly disappears, Steve stumbles upon a terrifying truth about the supposed psychedelic that will challenge everything he knows about reality—and the flow of time itself. Two New Orleans paramedics' lives are ripped apart after encountering a series of horrific deaths linked to a designer drug with bizarre, otherworldly effects. Synchronic Wiki

Time is an illusion..

What do you think Synchronic movie? Can you share your thoughts with other peoples?

I saw this in theaters and actually liked it. In general, sci-fi isn’t my thing, but I found the concept to be intriguing and the story held my interest throughout. This is more of a grounded drama with some very strange sci-fi elements that don’t always work, but I enjoyed the original take on a sci-fi story, the handsome main actors and the New Orleans setting. My partner absolutely hated this movie and he’s a sci-fi buff, so I would also take that into consideration. For me, it’s worth the rental price and I would even consider a purchase.

Could have been good but it just wasn’t. Almost turned it off half way thru.

Not sure where to begin on this one. Right, first of all the audio and scene editing were absolutely shocking. On several occasions throughout the movie I was left wondering whether the random breakaways from one scene to another was done intentionally or was just bad editing? As for the audio, the dialogue seem to sound like one of those pirate movie, like the ones where someone sneaks a handcam into the cinema and films the movie from the middle of row F. There were occasions when I was expecting to see the silhouette of a young couple arriving arduously late with their popcorn and soda. Again just sub standard stuff. Regarding the story. Anyone who knows a little bit about science (Grade 9 +) I would suggest you take a Valium before watching this. The concepts are borderline ridiculous and not even remotely believable. Plus the laws that seem to govern the realm of reality once you've taken the pill are totally inconsistent and leave you wondering whether this is a wind up to see how gullible you are! The acting was also less than mediocre especially the two male leads whom had absolutely no chemistry whatsoever. Overall low budget dribble and hardly worthy of me parting with a hard earned 99C 2/10.

This movie could have been decent, if it wasn't completely consumed with addressing race and instead address its own shortcommings in terms of plot and overall quality. But as post 2016 or so hollywood has been doing almost non stop, they cant do that. Stop giving them your money until they make great art and focus on americans and people as one, rather than all in different boxes

Wilmofree - Wasn’t Sure At First But....

This movie got off to a slow start with a lot of drug use and gory details. However, as the movie progressed we could see there was more to it. Anthony Mackie did a superb job of acting and was definitely the star of the movie. Highly recommend watching it.

All types of buzz words thrown in on this script, religion, spirits, unknown, to try and make story seem less irrational than it is. The premise of this story is yesterday’s Equivalent of “Johnny takes lsd which causes him to travel to weird locations “ In his own mind. End of story

Green Tee 🍵 - Not worth the rental

Don’t waste your time or money

I’m right at a 3.5-4 star review for this one! I really like Anthony Mackie and had this film on my watchlist for a while. I thought the plot was good, held my attention, entertained and even evoked emotion!! Give this one a watch!

I partake in the sci-fi genre for escapism not the magic negro glorification that anchors the film. As a black man who enjoys sci-fi I’m disappointed and deeply offended. Don’t waste your time.

Watched this as I enjoyed "the Endless". Skipped the preview (thankfully) and really enjoyed both a cool concept blend, good acting, and cohesive vibe throughout. Gotta say, this is the best I've seen Mackie character/acting wise.

wesbent - Solid for the budget

Wish it was longer but enjoyable

Literally one of the worst movies I’ve ever seen. Beyond stupid and poorly written. Avoid

This movie was a lot better than I expected it to be... Honestly I usually don’t like Anthony Mackie in films but this has to be his best role ever! Love these two directors too they out did them selves in this film... Worth the rent and I may even buy this one! 🙌🏽🙌🏽

Honky of the south - Awesome

Science and fantasy brought together beautifully. Performances were perfect and the anticipation of wanting more keeps you at the edge of your seat.

Wanted to like it, but it was so dark and muddled that it was hard to see and hear in spots. I think the acting was good, but I think so much more attention was given to mood and settings that the dialog and story flow suffered. Many times it was hard to hear what the charactes were saying. Lighting too dark at times. Scenes cut in ways that left me unsure of what I'd just seen. The story itself was slow at the start. Dennis and Steve, best frieds and paramedics, wouldn't exactly be the people I'd hope responded to my needs. They were casual in response, slow, and I wondered at times if they actually knew what they were doing. While their lives are meant to be a contrast, Dennis was just too whinny, and by the end I just wanted him to wake up to how blessed he'd been in life. He had what Steve has always been looking for, but couldn't enjoy it. Dennis is the type to be unhappy in everything he did that I had trouble seeing why Steve liked him. The ending was predictable, but still felt unfinished. A hint as to what happened to them both after the ending would have been better. Not worth sitting through again.

those guys are such babes lets be honest name a better duo?

Anthony Mackie and Jamie Dornan did a great acting job. Aaron Moorhead and Justin Benson films will not disappoint you especially Synchronic. The soundtrack scoring what attracted me to this and I made the purchase because usually the soundtrack let you know if a film got substance to me. Listening on Apple Music I was deeply intrigued. After watching I wasn’t disappointed. The story/score is better than most films with budget of $100 Million+. Waiting for next project. Also want to catch Anthony Mackie next projects. He also did the character justice to the point reminded me of someone I know. Good film, talented people involved.

Morehead and Benson did it again! I absolutely LOVED “Spring” along with “Resolution” and “The Endless”. This was my favorite of their work that I’ve seen so far. The soundtrack was perfect and fit so well. I wanted this movie to keep going and you know dang well it could’ve. Maybe they’ll continue the story in another movie. I really hope so, at least.

An extremely refreshing title in the age of sequels and reboots. Fantastic original plot.

Starts slow and comes across as Noir but it was touching and fun. Worth the watch. Mackey was great as always.

Bank of America_Knoxville - Benson & Moorhead do it again

The filmmaking duo who’ve written & directed three equally brilliant & iconic indie horror titles, “Resolution,” “Spring,” and “The Endless,” have returned with their most ambitious film to date, “Synchronic.” ”Synchronic” leans into the dark fantastical & cosmic horror elements the filmmakers are known for — but this time it’s turned up to 11, and sustained the entire film as opposed to being limited to the third act or climactic final scene. Then there’s the performances. CAN WE PLEASE TALK ABOUT THE PERFORMANCES. I was gobsmacked by Mackie’s & Dornan’s chemistry on screen. The whole “contentious buddy cop partners who learn to work together despite their personal differences” [note: they are paramedics, not police officers of any kind just to be clear] routine could’ve easily fallen flat because it’s such a cliché in dramatic storytelling — both in TV & film. However, their characters’ profession is extremely significant towards each of their own arcs throughout the film as well as the general plot about a new synthetic drug on the streets of New Orleans that quickly derails both of their lives in rather uniquely separate ways. While the subtext is obvious, it’s never too preachy or aggressive about making sure the viewer knows what this film is ultimately saying. Come for the brilliant filmmakers, stay for the performances, and then re-watch it a couple of times because — as one graffitied remarks in the film puts it — “time is a lie.”

The movie starts with a great concept, beautifully executed and performed by all the actors. The problem is by the second half, this beautiful concept becomes nothing more than a vehicle for a typical “looking for someone” type of story. Without spoiling much, it is more about an average overdone “message” covered with a beautiful concept and twisted ideas.

Its been tough during the pandemic for is movie lovers. Films like this help. Good story, good acting, a new twist on time travel. Sci-fi fans must see. ⭐️⭐️⭐️⭐️

I really enjoyed this film! It was trippy at first, but it was def interesting and worth the watch!

Jtripp06 - Such an amazing film 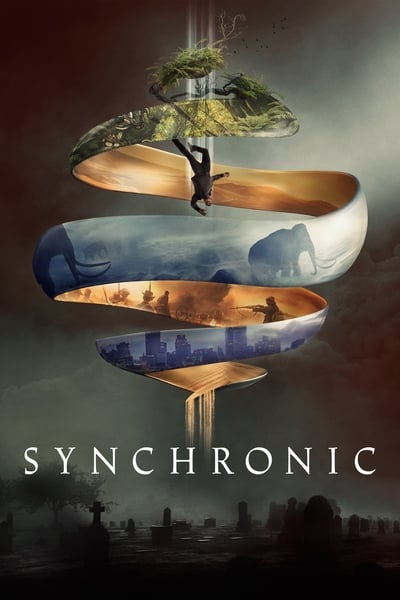