The Dissident Summary and Synopsis

From ACADEMY AWARD-WINNING director Bryan Fogel (ICARUS), The Dissident is a critically acclaimed edge-of-your-seat, adrenaline-filled thriller that plays out at the highest levels of power, exposing the labyrinth of deceit behind the murder of Washington Post journalist Jamal Khashoggi inside the Saudi consulate in Istanbul. Featuring never before seen surveillance footage and unprecedented access to a wealth of other damning information previously unavailable to the public, Fogel weaves a story of courage, money, power, tyranny, love, and technology run amok. The Dissident is the untold story of the crime that shook the world. When Washington Post journalist Jamal Khashoggi disappears after entering Saudi Arabia’s consulate in Istanbul, his fiancée and dissidents around the world are left to piece together the clues to a brutal murder and expose a global cover up perpetrated by the very country he loved. The Dissident Wiki

The untold story of the murder that shook the world...

What do you think The Dissident movie? Can you share your thoughts with other peoples?

I hope the whole world sees this documentary.

A must see documentary!!

saudi nation - What do you know ?

That movie made for political agenda , everyone is interested about Saudi Arabia specially politicians and they ignore their own country when a politician tell you to look away from your country when you know something about to happened to you , thanks God I am from Saudi Arabia 🇸🇦

I thought it was a bit slow in the beginning, but I waited. I’m glad I did. It was an eye opener. I hate that no streaming service will buy this documentary, so more people can access it. Also, beware that many of the bad reviews on here are trolls.

This one hits hard. Well worth watching. Look at all the bad reviews they are all from the Saudi propaganda machine. It’s comical.

From what I saw I think Al-Saud family is the Middle East mafia.

We are stuck in Middle-east, Power at any cost!

A remarkable and guy-wrenching film. Celebrating those willing to risk their lives for the sake of truth is more important than ever. I recommend this film to all, masterful.

Best documentary I’ve seen in a long time if not the best. Period.

Saw the director on a podcast and had to watch it. I’m glad I did. Eye opening.

PTTurboe - This is really bad.

I am very interested in the subject. It is very badly done. Documentaries do not have to be paint drying.

I mean just wow. What an absolutely enthralling and powerful documentary. Absolutely chilling though.

ghluu - A Must See Documentary

This documentary was both eye opening and beyond disturbing. I suspect those writing poor reviews have been dispatched by the same people in power who didn’t want this film released. A great, informative film that everyone meets to watch immediately. It really paints a troubling portrait of MBS and his willingness to kill and torture those who oppose his rule.

Devil charm - The movie is based on a lie story

I don’t recommend it.

Not good at all

Newbie app reviewer - Sobering and important documentary for Free People of the world.

Shocking and far more insightful than what the media covered. To see how the Saudi king unleashed his wrath on innocents is beyond words. Even what he did to Bezos was despicable. An important documentary for freedom loving people across the world. We’ve lost a great hero to a very dark force in this world.

MiddleEastDemocracy - Bryan Fogel did it Again!

Shows the power of Twitter and a constant dream for democratic Middle East one day!

Cmullet - Truly well done, and so poignant ~No Spoilers

First impressions lead you to believe you’re about to go down the international true crime rabbit hole, slowing unraveling the truth behind Jamal’s mysterious disappearance. You quickly begin to realize that Jamal’s embassy ~incident~ was just the last thing in a culmination of years wrought with dissent, blackmail, self exile vs love of home and a tangled web of Saudi royal family members. A truly suspenseful, eye opening and mind boggling dive into the world of a prominent journalist’s (Jamal) epic journey from trusted confidant to the Saudi royals (including MBS himself), to being MBS’s public enemy #1.

Fascinating and compelling work from the filmmaker of the Oscar-winning documentary, Icarus. Fear of political retribution from the Saudis meant it almost didn't find distribution. It's a gut-wrenching story, and a cautionary tale against autocratic control. Highly, highly recommended. Beware of the negative "reviews" here, which appear to support the accusations in the film of a government-backed online troll army; note that they don't actually discuss the documentary, but attack its subject instead. Maybe they should watch it first.

Watching this from the USA. Really mind blowing that this happened!

Just heard of this from Joe Rogan's podcast and rented it. Crazy stuff!!!

This isn't a happy documetnary. This is a real life tale of power, technology, love, and murder that wil leave you shocked. Bryan Fogel you have done it again! Excellent work

So glad there I live in the USA. We are going through something here not as bad as there but a real reality check honestly.

usaadammm - It is what it is

The truth came out. Seriously great documentary. Must have been tough making this

Wonderful movie. Top notch in every way. Everyone should watch!

This movie is filled with lies , also shows Omar how much he hate his own country

It’s like saying Hitler escaped to Argentina; full of suspense but no evidence.

I rented it and it's totally worth it. Such a detailed documentary about something so tragic. The Saudis must not be happy about this.

Abz0184 - Ignore the false negative reviews. This documentary is a MUST WATCH!

This incredible documentary is packed with riveting true details about the barbaric murder of acclaimed journalist Jamal Khashoggi. The false negative reviews are EXACTLY why everyone needs to see this film as soon as possible.

Heard about it on a podcast so I had to watch it. Really deep and well done documentary. Gave me the chills honestly!

Everybody should watch this at least one. Relatable even in the USA with things going on here also. Peace

Like the documentary Icarus I think it's a powerful film you could be an Oscar contender. Could it be the trolls refer to in the film have given this movie all these bad reviews. Yeah the price is high but perhaps it's because he couldn't get the support for the film yet hope for including streaming on main stream platform like Icarus did? I am a victim of violence, threats including one over the phone by an NYPD detective, online A lawyer using a fake account threatening me with retaliation and using the "c" word. I sent it to the NYPD who acted on the threat. The city of New York protected all crimes along with the Manhattan DA and enabled even more crimes. Years so before I had reported Jeffrey Epstein for stealing my yard I called the NYPD spoke to detective 1996. When I had a letter published in the New York Times about holocaust start battle over the mural of pain I xeroxed it and wrote a letter on this rock say the Manhattan DA. The year before I had a letter in the financial times about basic human rights women's rights how women are seen the male gaze --I can tell you as someone who cannot get justice and continues to be a victim of terrible wrongdoing human rights violations civil rights violations and a victim of a pile up of crimes from the doctors office to the 1st Precinct One Police Plaza Internal Affairs --obstructing justice in with the city of New York cheating to win lying in court that I was not coerced when I was withholding my attackers letter threatening me with a second false cross complaint... I can tell you while we have this Twitter.... I can't stand social media and they have used gaslighting or people on their behalf have over eight years trying to convince me it's my fault... so how do you imagine I feel about this film? The media has been killing news on Epstein and Maxwell and my case. I refer people to the film "spotlight" when they ask me how could this go on including judges protecting all crimes and civil rights violations etc.

Nayef Ja - Why is is so expensive?

This is a ridiculous price for a movie. I want to watch it but I'm not paying for that. Also, watch out for the bad reviews. Most of them are Spams from the Saudis.

Fogel has some serious stones for this one, this was intense.

A little expensive but totally worth it!

Jamal We will never forget you, and will always fight for freedom and justice.

Well done doco. I did hear about Jamal Khashoggi in the news here but didn't know the real reason behind it or what was really going on in Saudi Arabia. Detailed and straight to the point.

An insightful documentary on the murder of Jamal Kashoggi. I'm really impressed by the investigative journalism and storytelling.

This is an absolutely terrific documentary on the murder of Jamal Khoshoggi! They got some real extensive and exclusive access to key figures in the story and the events that took place in the Saudi Consulte.

So sad to see this. If your a documentary buff like me you need to rent or buy this asap. A real eye opener. Bryan Fogel never disappoints.

It's finally here!! I was really looking forward to this and to be actually on here.. kuddos to Apple. The Dissident is one of the best documentaries out right now. Support this and get the truth out there.

A really insightful documentary on the murder of Jamal Kashoggi, that is absolutely worth seeing. Also talks about one important thing that I'm concered about and that's cyberwar. Informative and to the point. Well done to the director.

5 stars! A real reminder to all of us about free media and free speech.

Worth the rent. So deep and suspensful, this is really well done and I hope Fogel gets a oscar for this.

It’s a shame no streaming service would pick this documentary up. It’s almost like big tech money didn’t want to upset their Saudi friends.

This film nearly didn’t see the light of day. It takes courage for a streaming platform to distribute such a powerful film criticizing one of the largest investors in the world.

Would consider watching but not at this price.

Despite all the hatred around him. His existence and actions out weigh all possible sins

A great documentary illustrating events with a crime.

rjcooker - Did the Saudis set the price for this movie?

Cause no one is going to watch it for 25 bucks. That’s insane, it’s probably good but no one will ever know. 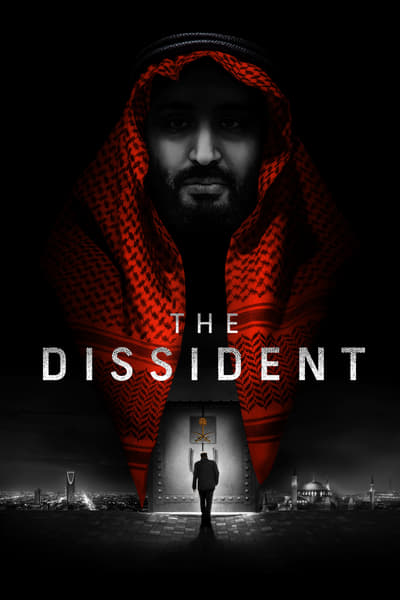