Some Kind of Heaven Summary and Synopsis

Now In Theatres. Some Kind of Heaven explores life inside The Villages, America’s largest retirement community, in central Florida. Referred to as the "Disneyland for Retirees," this planned community offers residents a utopian version of the American yesteryear. While most have bought into its packaged positivity, we meet four residents living on the margins, striving to find happiness. Married couple Anne and Reggie wrestle with Reggie’s deteriorating grip on reality; Barbara, a widow, seeks second love; and Dennis, an 82-year-old bachelor living out of a van, looks for a way in. Biting, tender, and surreal, director Lance Oppenheim's feature debut challenges our stereotypes around aging, emboldening its characters to live as vibrantly as possible in the time they have left. Behind the gates of a palm-tree-lined fantasyland, three residents and one interloper at America’s largest retirement community strive to find happiness. Some Kind of Heaven Wiki

Some Kind of Heaven Movie Trailer

We all leave this Earth the way we came...

Some Kind of Heaven Comments & Critics

What do you think Some Kind of Heaven movie? Can you share your thoughts with other peoples?

Some Kind of Heaven Movie Reviews

UHK2 - A look behind the facade

Very well made documentary. The film isn’t a documentary on The Villages as much as it is a look about life in your senior years and that what may seem like paradise depends on the person and that “Disneyland” is not for everyone. It’s not a marketing film or a feel good story about aging but rather an expose of life’s challenges as you get older.

Anyone upset about the “sad stories” seem to be missing the point entirely.

B-Kara - Some Kind of Heaven

A number of years ago, Disney opened a “planned community” in Florida called Celebration; which didn’t quite work out as planned and Disney eventually cut their losses and sold Celebration off. I was expecting this documentary to focus on “The Villages”, which seemed to me like Celebration for seniors, and on steroids. Instead, it focused on the trials of a lonely widow, a couple of dysfunctional couples, and what was basically a wannabe gigolo living out of his camper van. It wasn’t a BAD movie, but rather than focus on “the Villages” (for better or for worse), its main interest was on these individuals; who could have been living anywhere in the country. It was only incidental that they were all located within the compound of the Villages. Frankly, I was disappointed...

ATLMovieGuy - Well made but very depressing

I was hoping to learn more about this strange place and all the crazy activities that I hear go on there, but instead we are introduced to the strangest 4 people, might I say losers and follow them around for 1.2 hours. You leave feeling better about your self and a ‘that could never happen to me in retirement’ thinking but wake up later in a cold sweat scared to death that it could happen to any of us.

One of the most heartbreaking, beautiful examinations of age and identity I’ve ever seen. Timeless.

Tucker69 all the time - Best documentary I’ve ever seen

This is a must watch

So I rented this thinking it would give me some added insight into a community I have heard plenty about over the years. The documentary is certainly well produced, but if I were a resident of the Villages, I imagine I would feel that they put one over on the community. Despite just about everyone else in the movie seemingly pretty overjoyed to be there, they chose to follow three groups of people that frankly seem to be the oddballs. Of course there are going to be problems and disappointments. Dont want to rant too long, but movie left me mildy entertained as i had nothing beeter to do for 90 minutes, but I wouldnt really recommend.

I gave it two stars because I really don’t know the reason or point of the documentary . . . unless it is to depress you. I thought it would be a documentary about the Villages and interesting stories or profiles of people. What it ended up being was a movie that followed the stories of several people in very depressing situations that left me wondering what the point was for the movie. And there was no update or conclusion at the end - very unsatisfying.

So many interesting people and so well put together.

Some Kind of Heaven Images & Pictures

Some Kind of Heaven Posters 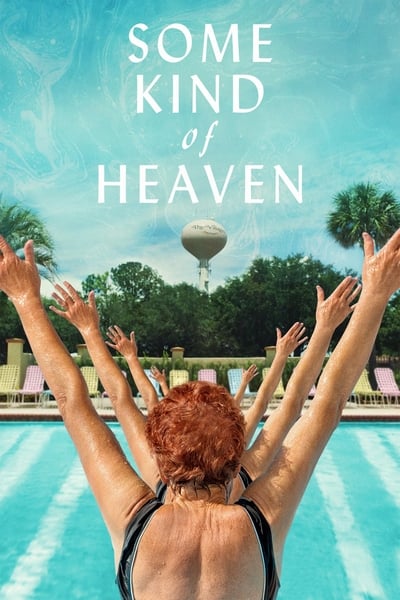