As a serial killer stalks the city, Julia – a young actress who just moved to town with her boyfriend – notices a mysterious stranger watching her from across the street in this terrifying thriller.

As a serial killer stalks the city, Julia — a young actress who just moved to town with her husband — notices a mysterious stranger watching her from across the street.

Excellent Slow BurnerThis is a really good movie that has a great payoff. Maika Monroe (It Follows/The Guest) is the best reason to watch this obviously as she is terrific in it..Fuzz84Score: 4/5

Great film, worth viewing!I enjoyed this film in the theaters and will be renting soon again. Good job to the entire cast!.MikeAudiDriverScore: 5/5

The Best Horror Movie I’ve Seen in YearsThis is the definition of a horror movie. It’s incredibly tense and psychologically anxiety-inducing. We don’t need jump scares and ghosts and demons. Humans will always be the scariest monsters. Many women, especially myself, have the inherent fear of being watched, especially when we aren’t aware of it. Or worse, when we are aware of it. Nothing was too exaggerated in this film, it felt like it could truly happen to anyone at any time. Maika Monroe is a fantastic actress. As the film unfolds, you really start to question everything you’re seeing and wonder if maybe it is possible that she’s misunderstanding things. But either way, the sense of dread remains with you the entire time. I hope we get off the supernatural horror kick, or at least reduce it, so we can see more realistic horror films like this one.FjeksidindksidScore: 5/5

A simple slow burn with very little pay offA very standard and simple horror film with great visuals and strong acting. It takes far too long to get going though and once something does happen the payoff isn’t worth the excruciating build up to the climax. An ok horror flick but nothing special..MicroDragon85Score: 3/5

Slow burn with great pay off.It technically follows a pretty standard format for stalker films; however, its execution is what really sets this film apart. The cinematography is great, very moody. The cast does a great job bringing the script to life, especially the lead actress. In the end, I don’t think this will be a classic for the ages. That being said, it effectively makes itself a very worthy watch..Kyle_Andrew_Score: 4/5

Best thriller of the yearThis movie is excellent from start to finish great tome and camera work, strong acting performances and leaves you guessing until the end but not in the way you think it would a lot of movies in this genre screw up the ending but this ending was exactly what it should have been this is a must see film it will chill you to the bone.LostSinceSundayScore: 5/5

Enjoyed it so muchAMC had it and this was one of my AStubs tickets I used it for. I love the setting! Very beautiful, great casting and while it isn’t a super horror movie it is more like a mystery with a hint of crazy to it. Definitely recommended!.GoodByeRiddanceScore: 5/5

Loved it for the most part!Felt very Hitchcock which I love and it was very tense and well acted. The only thing my wife and I disliked was ******** somehow being able to go from practically dead to up and fine at the end. It made zero sense and wasn’t very realistic but other than that it was a great movie!👍.AidenDPearceScore: 4/5

TerribleSlow, boring with an unrealistic and totally predictable ending!.Episode 1Score: 2/5

Novanicaaa wearewatcher: Dish Granted is BACK! Join us this Friday for the season premiere at ! ✨ .NovanicaaaScore: 3/5

NWO_WatcherFacts is facts, if Trump had been re- elected, Finland and Sweeden joining NATO would have been a no go..NWO_WatcherScore: 5/5

Mattis0311 THEWillWallace1: .JoeParys want to interview Shibtoshi_SG to hear his story? This is what he did. He’s day one #shib whale. #SquidGro….Mattis0311Score: 4/5 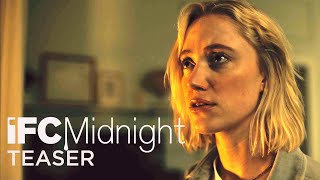 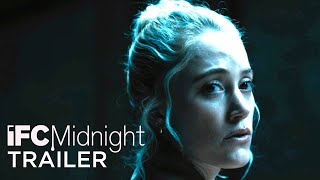 Evil wants to be seen...

For the first time in the cinematic history of Spider-Man, our friendly neighborhood hero's identity is revealed, bringing his Super Hero responsibilities into ...

As a serial killer stalks the city, Julia – a young actress who just moved to town with her boyfriend – notices a mysterious stranger watching her from across the street in this terrifying thriller.

1994. After the discovery of a mysterious VHS tape, a brutish police swat team launch a high intensity raid on a remote warehouse, only to discover a sinister cult compound whose collection of pre-recorded material uncovers a nightmarish conspiracy. V/H/S/94 marks the return of the infamous found footage anthology franchise. With segments from V/H/S alumni Simon Barrett and Timo Tjahjanto and new additions from acclaimed directors Jennifer Reeder, Ryan Prows and Chloe Okuno. A SHUDDER ORIGINAL.

In Serial Thriller, the lives of investigators, victims and associates intertwine as the mystery of one of America's most notorious serial killers unravels.

In the summer of 1979, Detective Mike Brady is confronted by a grisly body count out in the desert of Nevada and Utah. Two years later, a Texan dental hygienist is held captive by a mysterious couple, and she soon learns about the man's violent past and the secrets that make him so determined to mask his true identity.

In this thriller, The Head Hunter, a beautiful seaside city in California is devastated by a series of missing students and hitchhikers in 1972. As the hills and ocean wash up human remains, detectives must find the killer in a frantic bid to restore calm.