When a group of 20-somethings get stuck at a remote family mansion during a hurricane, a party game ends with a dead body on the ground and fingers pointed everywhere. As they try to find the killer among them, fake friends and real enemies have to learn who to trust—and how to survive—in this fresh and funny Gen-Z meltdown starring Pete Davidson, Amandla Stenberg, and Maria Bakalova.

In an isolated family mansion, a group of rich 20-somethings decides to play Bodies Bodies Bodies, a game where one of them is secretly a "killer" while the rest tries to "escape". Things take a turn for the worse when real bodies start turning up, setting off a paranoid and dangerous chain of events.

Horrible movieTrust me… I’ve seen some stinkers before. This one is a huge waste of time. Wait until it drops on a free streaming service if you really want to see it. It ain’t worth ittttt otherwise.Ddiddy01Score: 1/5

This movie ate.This movie was so good im basing my entire personality off of it. rachel sennot dipped in the mother lake before coming set each day and i believe that. i bought a poster for it as soon as i left the theater..CriticallyacclaimedreviewerScore: 5/5

100000% waiting for the next time any of these people work together againHalina Reijn did her JOB Chase Sui Wonders did her JOB Amandla Stenberg did her JOB Maria Bakalova did her JOB Rachel Sennott did her JOB Pete Davidson did his JOB Lee Pace did his JOB Myha’la Herrold did her JOB The entire crew did their JOB watch this film - its a toxic whodunnit and i love it.Hansel (yes, that one)Score: 5/5

Where Is The Meteor😵‍💫🤢🤦🏼‍♂️☄️🌎What an awful movie to sit through. It was like watching a murder mystery unfold on Twitter🙄 The character’s were so disgustingly fake & toxic towards one another, it honestly made me sick to my stomach to know that this is the reality of the world we live in right now and how Gen-Z acts. It’s not scary or funny. It’s just sad! The twist right at the end was great, but not worth sitting through all of the ‘But I’m an ally’ and all that nonsense when you’re literally standing there screaming at each other over the dumbest drama during a potentially dangerous situation💀I can’t😂.RjevernhamScore: 1/5

ATEMy most anticipated movie of 2022. I finally got to watch this movie today, never have I bursted out in laughter and shock in a movie like this one! See this movie with all your friends, it’s a wild ride from start to finish and captured Gen-Z dialogue and aspects greatly!!.Seth SwankeScore: 5/5

Worst movie in a long timeHoly this movie was terrible. Ending was so stupid. The music in the movie is also so bad. Wait for it to be free if you wanna watch it..MyLastSerenade90Score: 1/5

A24 did it againTo be honest, the best way to describe this movie is a toxic satire who-dunit type of movie. The jokes and personality’s of each character are dramatized just enough to make you laugh but also enough to realize how real the characters are portrayed. The ending will catch you completely off guard. Funniest thriller movie in a while..Albert RomeroScore: 5/5

Aezebaezeb2 titiTigray27: Bodies were dumped in a mass grave by the prison gate,according to seven witnesses They were stacked on top of each other….Aezebaezeb2Score: 0/5

Desitay1 Negasi_Awetehey: Pathological lair Abiy Ahmed did something in the name of #CoHA that world is deceived by "peace deal" Now, the turn….Desitay1Score: 4/5

Hi_freekwency DtheNP: rose_rybo Recognize what policing Black bodies looks like. Recognize the invisible labor and call that out too. I have a white….Hi_freekwencyScore: 4/5

504ever___ chati_chic: EnkiSpeaking RBReich StephenKing Is it liberals saying 12 yr Olds who were raped and now pregnant must carry that pregna….504ever___Score: 1/5

KMayliham TigrayM16: Bodies were dumped in a mass grave by the prison gate, according to seven witnesses. “They were stacked on top of each other….KMaylihamScore: 2/5

SelemawitHabsh1 titiTigray27: Bodies were dumped in a mass grave by the prison gate,according to seven witnesses They were stacked on top of each other….SelemawitHabsh1Score: 4/5

TlbletsT SELAM213623801: Bodies were dumped in a mass grave by the prison gate, according to seven witnesses. “They were stacked on top of each….TlbletsTScore: 1/5

KMayliham AbrhaEyerus: Bodies were dumped in a mass grave by the prison gate,according to seven witnesses. “They were stacked on top of each othe….KMaylihamScore: 5/5 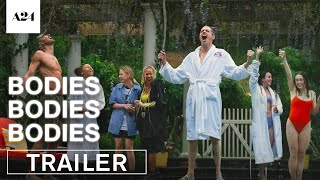 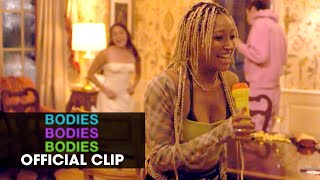 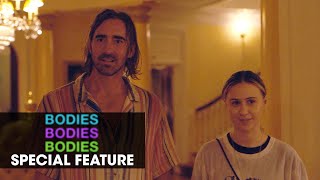 This is not a safe space...

One winter's day Jacob and his sister Marie are left behind in the woods by their unemployed father. In his coat Jacob finds a note from his mother urging them to go to their uncle in Spain. They arrive in Spain only to find that their uncle has died. Marie meets Diego, a rich surgeon, and falls in love with him. Diego lives with his domineering sister Teresa. Marie marries Diego. Jacob keeps jealously trying to tear his sister away from Diego. His efforts are in vain and Jacob starts to provoke Diego. It soon becomes clear that Jacob's defiance won't go unpunished.

In the darkest days of World War II, Jewish fugitives attempt to escape occupied Holland ? only to face a Nazi ambush. Rachel Stein (Carice van Houten) alone survives the attack and joins the Dutch Resistance to avenge her family. She soon confronts the ultimate test: she must infiltrate German headquarters by tempting Captain Ludwig Mÿntze (Sebastian Hoch). In the heat of passion, he uncovers her duplicity...but keeps her secret. Then Rachel's espionage reveals that a murderous traitor lurks within Resistance ranks. Unable to fully trust anyone, Rachel navigates a minefield of deception and becomes an enemy to both sides. Epic, passionate, breathtaking, Black Book relates an untold story of World War II where the distinctions between good and evil become blurred by the complexities of human nature.

In this thriller, The Head Hunter, a beautiful seaside city in California is devastated by a series of missing students and hitchhikers in 1972. As the hills and ocean wash up human remains, detectives must find the killer in a frantic bid to restore calm.

In the summer of 1979, Detective Mike Brady is confronted by a grisly body count out in the desert of Nevada and Utah. Two years later, a Texan dental hygienist is held captive by a mysterious couple, and she soon learns about the man's violent past and the secrets that make him so determined to mask his true identity.

In Serial Thriller, the lives of investigators, victims and associates intertwine as the mystery of one of America's most notorious serial killers unravels.