The Net Summary and Synopsis

Sandra Bullock, Dennis Miller and Jeremy Northam star in this hit thriller about a computer expert whose life is "erased" by a computer conspiracy. A freelance software analyst, Angela Bennett, is inadvertently drawn into a dangerous conspiracy when a client asks her to de-bug a CD-ROM game. Soon the client turns up dead and Angela is next on the hit-list. After the assassins obliterate her official identity, Angela realizes hers is not the only life being destroyed on the Net. Like the best Hitchcock, THE NET builds tension to unbearable heights until "this edge of your seat nail-biter explodes with suspense. Sandra Bullock is sensational." (Jeanne Wolf, Jeanne Wolf's Hollywood) Angela Bennett is a freelance software engineer who lives in a world of computer technology. When a cyber friend asks Bennett to debug a new game, she inadvertently becomes involved in a conspiracy that will soon turn her life upside down and make her the target of an assassination. The Net Wiki

No driver's license, no credit cards, no passport, no access to her bank accounts in a foreign country ... She finds her identity stolen...

What do you think The Net movie? Can you share your thoughts with other peoples?

This movie is metaphorical to today’s online computing experiences. The gate keeper can be compared to today’s social media companies or popular search engines that now offer everything from you email address to your home security. This movie was beyond is time and makes more sense in 2019 than it did in the 90’s. Sandra Bullock is great and convincing as Angela Bennett- a computer programmer who wants to get her identity back after it was ruined and switch when she finds a big tech companies real motive to be everywhere (to control our votes, ideas and spending habits)

Very interesting, but the movie seems a little too long for what is happening in the movie. Great please watch you’ll find it interesting and fascinating.

Klingons for Christ - This Film Needs a Real Sequel!

I've always hoped that Sandra Bullock would make a sequel to this film. The world has changed so much since the first film came out. And, that means there's much more lovely mayhem that can be done! (I'm hoping the SCREAM franchise will tap into that too someday. If you've seen those films, you know that various forms of media and technology were always part of the story.) And while I'm at it, how about a SPEED sequel that takes place on a modern 300 mph HIGH SPEED TRAIN! Thanks. : )

I think the net was one best movies I've seen in a long long time , I also though the music was very good especially the ending song, I don't know who the artist is , but sure would like to find out

Awe Heal - I liked this movie.

This was one of the first movies to address high tech identity theft and the "geek working from home" model. That she was a female geek, made this movie even kewler. Don't know why Rottemtomatoes has to be such haters.

unicornerd - Way before its time

if it would have come out today it would be a blockbuster hit! Also, funny to look back and see what things were like in the early 90's.

I saw this movie last night and it was great! This is probably the most suspenseful movie I've ever seen. The plot was good, the actors were superb, and it is totally worth $10 (but I agree older movies should cost less). Sandra Bullock did a fantastic job (:

It's one of my most favorite movies of all time. It came out the same year as my 1st computer. Everything she was doing was so advanced and techy cool. I rewatched it a lot!

The computers and technology in the movie were accurate but are outdated now. Back then not too many people understood it well anyway so The NET was ahead of its time, a great thriller with a story that can be enjoyed today. A great plot and a trip down memory lane to see what was thought of as state of the art computing in 1995.

Great movie but why is the price so high for older movies. The older movies should be $5.99 and I can understand the newer one's being $9.99 or $14.99 but not the one's that are this old. But still a great movie!

One of the best movies of the ninties.

This is the best movie that she ever stared in, in my book, after the Heat! 👍🏻

Mike the sound guy - A Classic!

Not a typciall Thriller, but it's a great movie with an awesome actor, and a soundtrack to match! Several movies from this era i've remembered to have liked and was disapointed, but this one; it had a soundtrack to impress. Push through the slower parts, but its well worth a revisit to 1995! Enjoy!

A Suspenseful Thriller about a shy Computer Analyst who works out of her home & is "disappeared" because she knows very few people IRL (= "in real life")and stumbles upon some info that may foil the plans for World Domination by a group of very powerful people who wish to remain anonymous. Low keyed but complex perfomance by Sandra Bullock. Solid, entertaining story-telling and Interesting to see how much the Internet / Computers have changed in the not so many years since this film was made. Set the mould for a bunch of copy-cat films.

I looovvveeeee this movie! I was just sucked into it, and Sandra does a reeaalllly good job in it! I say watch it!!! 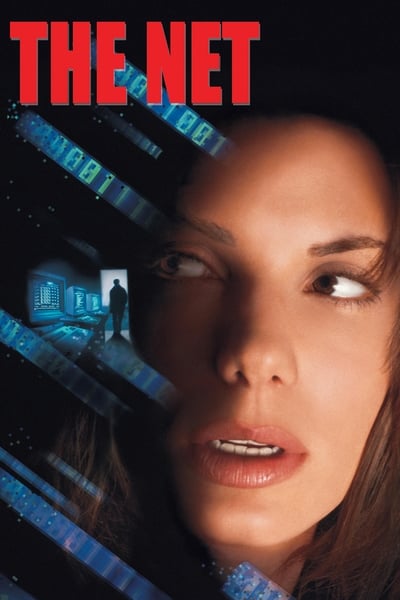