The Haunting (1999) Summary and Synopsis

In the 1860's, industrialist Hugh Crain financed the construction of Hill House, a beautiful but forbidding mansion where Crain hoped to house a wife and children. However, Crain died an unexplained death at Hill House, and ever since tales have circulated that the mansion is haunted by evil spirits. 130 years later, Dr. David Marrow (Liam Neeson), long fascinated by the Hill House legend, brings three people there for what he tells them will be a study in sleep disorders. Theo (Catherine Zeta-Jones) is outwardly brave, but it soon becomes evident that Hill House's sinister reputation has her on edge. Luke (Owen Wilson) quickly finds himself wondering: if this is really about studying sleep, why bring everyone to a haunted house? And Nell (Lili Taylor) finds herself inexplicably drawn to the mansion, with a fascination that soon bears terrifying fruit as the true story of Hill House is revealed. Dr. David Marrow invites Eleanor Vance, Luke Sanderson, and Theo to the eerie and isolated Hill House to be subjects for a sleep disorder study. The unfortunate guests discover that Marrow is far more interested in the sinister mansion itself — and they soon see the true nature of its horror. The Haunting (1999) Wiki

Some houses are born bad...

I enjoy this movie, the actors, and special affects. My problem is that it stops/freezes at some point in the movie. I recently purchased this movie in SD, and watched it twice on my IPad. Both times it froze at some point and had to be closed out and restarted to finish watching it. This is the only movie that has given me problems. Sorry.

This reminds me of disney movie

For one who doesn't watch rated R horror films, I gotta say this is the scariest movie I think I've seen . . . but then again it didn't help that I was a little kid when I watched it. But it has a good story behind it that's not cheesy like other really bad horror films and will leave you with a creepy sense of someone watching you. Don't get nightmares!

This is an unspeakably dumbed down remake and travesty of what remains one of the smartest, best, scariest movies ever made. Watch the 1963 original, and give this one a wide, wide berth.

Definitly has alot in common

Does anybody else find this movie very similar to the mini series Rose Red? I think the house is even the same one used in Rose Red......

the only thing i hated in it was one of the female actress's. that one was butt ugly. when they make horror movies the'll have cute, sexy, or hot women in it. this one is the first one i know that has one hot woman and one ugly one. other than that the whole movie was great. two or three good scares. and a surprising ending i wasn't expecting. rent it first because woman: butt ugly.

so many brain cells were killed during the duration of this movie. i'll never get those 2 hours back and i regret that deeply. horrible, horrible movie. i'ma go take some ambien and pass out.

Terrible version of the book. The early sixties version is much better. Great actors doing a terrible job here. Also, the plot seems to be dumbed down, almost as if it's a bad episode of the children's ghost story series Goosebumps. Very silly and dissapointing.

THE HXC LIFE - This was good

First time I saw this movie on the shelf, I was really young and I thought it was going to be REALLY scary! Mostly because the back of the box cover is awesome, but makes the movie look way scarier than it actually is. This was very suspenseful, but the loud box cover sure tricked me in to thinking it was more hardcore than it actually was. That really disapointed me, but other than that it would've got a 5. Overall: really cool horror flick! But, don't get tricked in to thinking this is a slasher because that's not really what it is.

Okay, so this movie isn't scary at all!! My dad and I rented this for a horror movie party and my friends and I were laughing all the way through it! Sooo cheesy and elanors scream is pricelessly fake and histerical.our favorite parts are the dolls on the beds expressions & when Owen wilsons characters head gets cut off....ahh..good times

ZAVe of ZAVeSTUDIOS L.XAVIER K - This has been my favorite movie since age 6 r 7 lol.

When I first saw it wit my parents in the theater I didn't like it cause it was so loud and scary, but every since we bought it on VHS years ago, It's always been my favorite no matter what any other reviews say, this is truly a great Film!!!

I liked this movie. That may be because when it comes to scary movies I'm something of a baby. Believe me, I'm the friend people take to scary movies because they just find my reactions hilarious. But this was one I could actually handle without wanting to run out of the room, and there is an element of sweetness to the story that gave it a certain humanity.

I love watching this movie and i thought it was always scary to me.

The movie is acctually really good. Expecially if those of us who don't really like scary movies want to start coming out from hiding behind the sofa or next to your friends. So if Anyone wants to watch something a little scary but isn't really THAT scary as say "the Grudge" This would probably be a good movie for you.

Tomsnout/thewall11 - Could have been better.

While not as bad as the critics made it sound, this remake of the 1963 classic has early potential that is never used. It starts out good and keeps you interested but after that it stays on the same note most of the time. The sets and lighting are excellent, and it has more story than the original. But the movie never really gets intense and the acting isn't that great either. (spoiler ahead) I did think it was funny that they killed off owen wilson. Probably just to try to make it scary. Not terrible, but not great either.

I think I cried one time cause I ever bought this movie. If you like any of the following, don't buy this movie: 1. Movies that are good 2. Movies that can have you absorbed in the plot 3. Non-corny-ish movies 4. Acting skills Thank you for reading my life changing review. I know I'm harsh.... but it was just that bad. If u watch this, then you'll understand that im not exaggerating. I'm probably being leniant!

I HAVE IT ON VHS. THE TITLE PUTS THAT EDGE ON THE MOVIE. BUT TO ME NOT THAT SCARY. BUT RENT IT FIRST. EVERYONE'S TASTE IS DIFFERENT.

Mr. Children - You will never get your money or time back.

I really like bad horror movies and this is that kind of bad that breaks you faster than water boarding.

Shneitz - It will keep the young watching in terror however.

Not a very scary movie and too be honest, the best part is funny.

i read jackson's The Haunting of Hill House which was an OK book, and i expected the movie to be slightly scary but mostly so dumb its funny. it was neither. it was just bad. i mean....owen wilson in a "horror" movie...who are they kidding?

watch this movie it is amazing and it is so awesome i bought this movie and The Ruins which also rox!!!

This is a cheesy, thudding, almost comical remake of Robert Wise's original film of 1963, based on Shirley Jackson's novel, The Haunting of Hill House. It is more psychological thriller than special effects vehicle like the 1999 version and as such is much more memorable and frightening. The acting by Claire Bloom, Russ Tamblyn, Richard Johnson, and especially Julie Harris clearly outshines that of their counterparts in the cast here and makes you believe in ghosts -- and pure evil. If iTunes does not sell the original, pick up the DVD of it. The critics were right on this one.

Reminded me of a bad episode of Scooby Doo.

The ending is cliched and a bit forced, but everything else in this picture is beautiful. The imagery, the lighting, the sets, and the sound all come together to form a wonderful piece of eye candy. I believe it is a good "popcorn" movie and one of the better haunted house films.

Five stars for the House absolutely my dream house, A pretty cool story I really enjoyed Owens character and Liam Neeson was pretty cool too, One of the few performances by Catherine but overall a very great movie and as I said before the characters in that spectacular house is worth watching for me again and again

Vsherlock - The Original was better

Saw this when it came out in the theatre. Thought it had potential, but alas it really didn't. Spoiler why would you show gasoline pouring from a crashed car and then have nothing happen? Why was it important? Watch the original from the 50's 60's it was much better.

Bellamort - It wasn't too horrible

It was better than the 1963 version by far! I mean the novel is clearly the best but I prefer this movie to the 1963 one.

the best horror movie ever

Not a patch on either the book it’s based on, one of THE horror classics, or the film Robert Wise directed in the 1963, Jan de Bont’s take starts off with one or two genuine creeps, but then gets too big too fast and is not even remotely scary. It’s much more like a very expensive-looking ghost ride that doesn’t understand the difference between “Boo!” and “BOOM!”. It has handsome photography and genuinely fantastic production design, with one of the largest interior sets on record, but it’s ghosts and bumps are just too big and cheesy to scare you and it doesn’t help that the characters are written too broadly and predictably for us to care about what the special effects budget is going to do to them. The one exception is Lili Taylor, who gives her Nell real pathos, but by the end of the film even she isn’t literally blown against the wall by the lack of subtlety.

I first watched this film when I went to Belgium 2 years ago with some of my year and some of yr11 I really enjoyed the film. I really want to watch it again. The part that I can only really remember is when the blonde guy get his head off from the giant swinging wooden lions head. That shocked me. But I still watched. ?! (^_^)

This is a fantastic movie don't know what the fuss is all about ! I have been watching this movie for donkeys years and not once got bored of it ! Amazing !! I love it and always will this is my favourite of all time movie !!!

Second star for comedy value only, bearing in mind this isn't a comedy. Ridiculous dialogue and hideous acting. Not even Liam Neeson could rescue it.

Don't get this film, instead, watch the original - so much better.....

This is a remake of an older black and white movie. The orginal was ecent and a classic in its time. This however, is an utter waste of time. How can you take a decent movie and then make it badly? All the work has already been done for you so how can a director get it so utterly wrong? 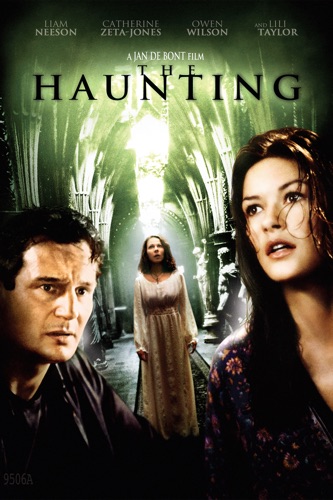