A runaway audience smash at the Sundance Film Festival, Son of Rambow is a hilariously fresh and visually inventive take on friendship, family, film heroes and the death-defying adventures of growing up in the video age. It all begins in 1980s Britain, when young Will Proudfoot, raised in isolation among The Brethren, a group which strictly forbids music and TV, encounters something beyond his wildest fantasies: a pirated copy of Rambo: First Blood. His virgin viewing of the iconic thriller blows his mind – and rapidly expanding imagination – wide open. Now, Will sets out to join forces with the seemingly diabolical school bully, Lee Carter, to make their own action epic, devising wildly creative, on-the-fly stunts, not to mention equally elaborate schemes for creating a movie of total commitment and non-stop thrills while hiding out from The Brethren. But when school popularity finally descends on Will and Lee in the form of, oui, the super-cool French exchange student, Didier Revol, their remarkable new friendship and precious film are pushed, quite literally, to the breaking point...

Will is looking for an escape from his family when he encounters Lee, the school bully. Armed with a video camera and a copy of Rambo, Lee plans to make his own action-packed video epic.

Unique & entertaining. Worth seeing once.It takes a little bit of effort to look past the child acting, but once you let yourself just be entertained it becomes a decent flick..DréwståScore: 4/5

Fantastic!I've had my eye on this film for a while and it was well worth the wait! Well written and acted! Such pure talent from such young actors!.Solsen581Score: 5/5

Son of RambowSaw this preview awhile back and couldn't wait for it to come out. Missed it in theatres, and haven't been able to find it at my local video store. Decided to rent it tonight on iTunes, and now I wish I had bought it. This is a great, and funny, movie. Definite 5 stars..GreigoScore: 5/5

Beyond AwesomeThis movie is so funny and it has lots of fun twists to it. Its definitly worth buying..Moublue4Score: 5/5

Awesome Flick!Such a great and touching story. Even though its British humor, it pretty dang funny!.Mac156Score: 5/5

FIRST REVIEW!This movie looks really funny. i saw the trailer on youtube back in march and ive been waiting for it to come out on dvd ever since..Avoidable TableScore: 5/5

Worst movie everThis movie sucked. What a waste of 2 hours..Suns_fanScore: 1/5

Loved It!This film is beautifully done, it will remind you of what it was like to have one of those wonderful childhood friendships, the kind that will stand the test of time and help you get through anything life throws at you. I loved how it made me question myself as to what ever happened to my own wild, free and vivid imagination I once had when I was a child. I would recomend this film to anyone who is in need of a reminder of just those things; childhood friendships, imagination, fun, and pure magical entertainment!.LalalilaScore: 5/5

Wow1234This movie keeps you on your toes. It is intense and has a great ending. It is defently worth a watch..BulgaScore: 4/5

A dissapointmentThis movie was a good idea and could have been a great movie but just ended up being stupid and cheezie..UhhbsjxnjxkdScore: 1/5

DEF NOT A COMEDYWhen i rented this i though okay good me my mom and dad will have a comedy movie for us to watch boy was i wrong this was so boring i'm not gonna lie it would be a good movie if you can't sleep and you want to relax but sadly this was a disgrace don't rent it thinking it's a comedy.DKAT4Score: 2/5

Quite expensive for a downloadLets draw a line here. no download movie should be more than fifteen dollars. there is no box, no cd, and quality is not quite DVD quality. so why pay the same price as a DVD?.WarpassScore: 1/5

Great movie, too expensiveI agree with the previous comment. movies should cost about 5-6 $ for an older movie and no more than 10 for a new release. Lets see some HD movies on our computers too! not just on apple tv.Spartan22Score: 5/5

Amazing and Beautiful!This is one of the most beautifully made movies ever. It has everything drama,comedy,sadness you name it! MY FAVORITE MOVIE!!!!.ActingIsAnArtScore: 5/5

KanopyThis week's staff pick was a #Sundance sensation. SON OF RAMBOW (2007) Armed with a video camera and a copy of Ram… .KanopyScore: 2/5

Shukes69 BBCArchive: #OnThisDay 1993: Will Poulter was born in Hammersmith, London. In 2008, he and Son of Rambow co-star Bill Milner were on th….Shukes69Score: 1/5

Yukett BBCArchive: #OnThisDay 1993: Will Poulter was born in Hammersmith, London. In 2008, he and Son of Rambow co-star Bill Milner were on th….YukettScore: 2/5

HeroldJh Horror31: Happy Birthday to Will Poulter, star of Midsommar (2019) and The Little Stranger (2018). Other credits include Son of Rambow….HeroldJhScore: 1/5 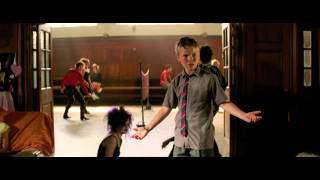 From Illumination Entertainment, the studio that brought you The Secret Life of Pets comes an animated comedy about finding the music that lives inside all of us. Sing stars Academy Award® winner Matthew McConaughey as Buster Moon, an eternally optimistic koala who puts on the world’s greatest singing competition to save his crumbling theater; Academy Award® winner Reese Witherspoon as Rosita, an overworked and underappreciated mother of 25 piglets desperate to unleash her inner diva; Scarlett Johansson as Ash, a punk rock porcupine with a beautiful voice behind her prickly exterior; and Taron Egerton as Johnny, a young gangster gorilla looking to break free of his family’s felonies. Sing is the musical comedy event of the year!

Join your favorite all-stars from Illumination's Sing as they return in the definitive feel-good event of the year, now with the Sing-Along Edition. The ever-optimistic koala, Buster Moon, and his cast have big dreams of staging their most dazzling show yet in the glittering entertainment capital of the world, Redshore City. There's just one hitch: They must persuade the world's most reclusive rock star, Clay Calloway, to join them. Rosita, Ash, Johnny, Meena and Gunter return with all-new characters, spectacular hit songs and electrifying performances in Sing 2, a comedy about the emotional healing power of music.

The Hitchhikers Guide to the GalaxyIndependent2005

Mere seconds before the earth is to be demolished by an alien construction crew, journeyman Arthur Dent is swept off the planet by his friend Ford Prefect, a researcher penning a new edition of "The Hitchhiker's Guide to the Galaxy."

All your favorite singing, dancing all-stars from Illumination's Sing return in the definitive feel-good event of the year. The ever-optimistic koala, Buster Moon, and his cast have big dreams of staging their most dazzling show yet in the glittering entertainment capital of the world, Redshore City. There's just one hitch: They must persuade the world's most reclusive rock star, Clay Calloway, to join them. Rosita, Ash, Johnny, Meena and Gunter return with all-new characters, spectacular hit songs and electrifying performances in Sing 2, a comedy about the emotional healing power of music.

Following in the footsteps of Roastee "greats" like Justin Bieber and Donald Trump, the illustrious and multitalented film and television star Alec Baldwin will take the stage to be skewered by his entertainment industry peers.

Created, written by and starring Scott Aukerman (co-creator/director/producer, Between Two Ferns with Zach Galifianakis; writer/performer, Mr. Show) and based on Scott's popular podcast of the same name, Comedy Bang! Bang! infuses celebrity appearances and comedy sketches with a tinge of the surreal.

With nothing but a stage and a microphone, thirteen of the most promising and unique voices in the stand-up world embrace the spotlight to make you laugh for a half hour.