A live-action adaptation of Jeff Kinney's best-selling illustrated novel, "Diary of a Wimpy Kid" chronicles the adventures of skinny "middle child" Greg Heffley over the course of a school year, as told through his diary and hand-drawn cartoons. Determined not to remain on the lowest rung of the social ladder during his first year of middle school, the hapless Greg takes several stabs at becoming popular – including betraying his seemingly uncool best friend – but when his efforts backfire spectacularly, he realizes that keeping a low profile may not be such a bad idea after all. As Greg says, "One day I'll be rich and famous, but for now I'm stuck in middle school with a bunch of morons." Zachary Gordon as Kinney’s wise-cracking hero, Greg Heffley. Rachael Harris and Steve Zahn play Greg’s quirky parents.

Greg Heffley is a scrawny but ambitious kid with an active imagination and big plans to be rich and famous – he just has to survive middle school first.

Diary of a wimpy kidYou know the people that vote on rotten tomatoes, well I hate them..Fabyin:DOAWK's biggiest fanScore: 5/5

AwesomeThe movie was awesome it blow my mind! :).Zombie 229 killerScore: 5/5

IdioticThese books are idiotic and made with no thought at all. The movies have DISCUSTING actors, and is causing kids in my grade (5) to spread this so called "cheese touch!" I only read them for laughter. These books are for stupid people. Why don't they make dork diary movies? Huh? Yah. So, try reading something more complex and something that DOESN'T have a cheesy 14 yr old love life. Like twilight or dork diaries or... Or something other than this crud!.TanyannetteScore: 1/5

Okay...The movie is good and all, but just like a bunch of other book to film adaptations, the book was better,.Bacon GnanaboopathyScore: 3/5

Good movieI think it was a good movie but I really don’t like how Greg tried to change his friend and how he purposely made him self better than Rowley.Purple dinosaur 18Score: 4/5

Read this for you wrote a review with 3/5 or lessIf you did do that and you wrote something like it was nothing like the book, well I kinda know how the movie was created and something's are fake to give the movie a better feel I think. They do that because if you read the book what would be the point in watching the movie? I am just saying and I am writing this and I haven't watched the movie yet. Also this movie is supposed to be stupid and funny they worked very hard on it. 1 shot like standing in the hallway can be like 10 shots over and over again..Jamie1681Score: 5/5

GREATEST CINEMATIC ACHIEVEMENT OF ALL TIMEThis movie is a milestone for peak performance by directors, actors, writers, you name it. Diary of a Wimpy Kid is GENIUS for a few key reasons, and I will lay out my areas of analysis. 1) Soundtrack Par exemplum, Total Eclipse of The Heart hit the mark. Top notch, Greg’s audition stuck with viewers and I even adopted it for my OWN Segway into the theatre life. When Greg hit that final note, the whole world FELT it. 2) Cast Fregley is the sex symbol of the century. Those glasses, freckles, and unique but alluring haircut, one simply cannot resist. He exudes sex appeal. That’s hot. 3) perhaps most critical in reviewing the film, the EMOTION Evokes feelings I haven’t felt in years. Greg not receiving the role of Dorothy was a folly to gender and social structures, and a major injustice to all adolescents. I just wanted to hug him! You know you love the Heffleys Best, Bubby.AverymarzScore: 5/5

Diary of a wimpy kidThis movie was pretty good, the main character seemed a bit narsasistic lol ie. Backstabbed his best friend and he never really ended up following his dreams... But yeah i wouldn't pay 4.99 to rent it ever again maybe 2.99 lol.Luckyluke2000Score: 4/5

Not badIt was ok. I was expecting more stuff though..Supercooldude62Score: 3/5

My kids loved itKids liked it, wanted to watch it again right away.DblDieselScore: 4/5

GoodThe movie was great but I expected a bit more.Hockey rocks 16Score: 4/5

Suitable for all middle school aged kids and even younger.My 7 year old girls have watched this 3 times now. Kinda cheezy but actually a pretty good story line. Only one part that's a bit on the mature side where Mom finds older brother's magazine that she doesn't approve of but not a big deal. Some freaky parts for a few seconds so I wouldn't let any preschooler's watch it if they asked to. Basically it's a story about a kid who's determined to be popular but in the end finds that maybe that isn't important at all. I would recommend this..Larry767Score: 4/5

:)I loved it. They took things from all the books and made it really funny. Go read the books before you watch the movie.RipOutMyWingsScore: 4/5

OMG AmazingI love this movie but the book was better. I hope that they make all the books movies..BrittBritt10Score: 5/5 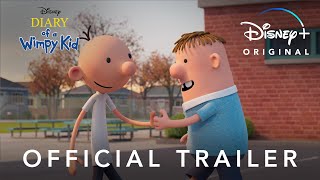 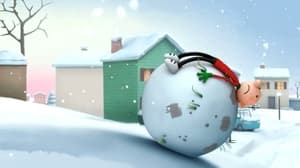 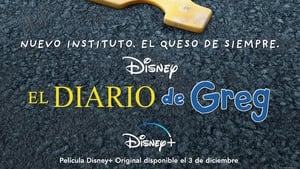 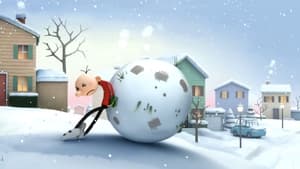 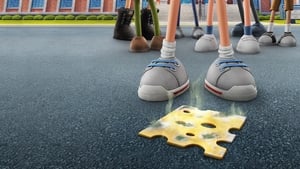 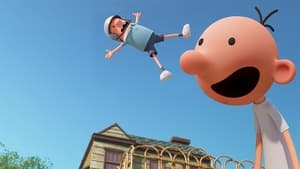 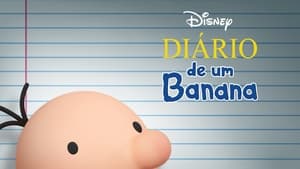 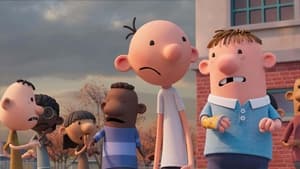 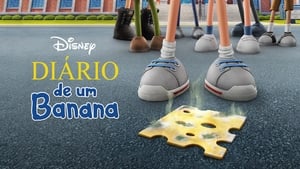 Diary of a Wimpy Kid Posters 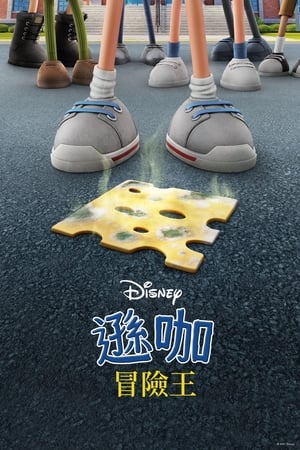 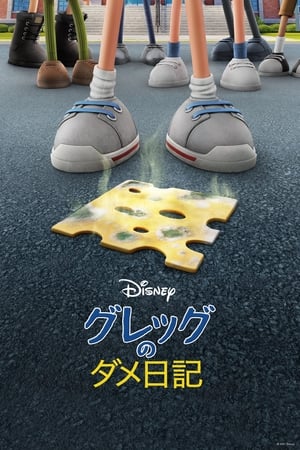 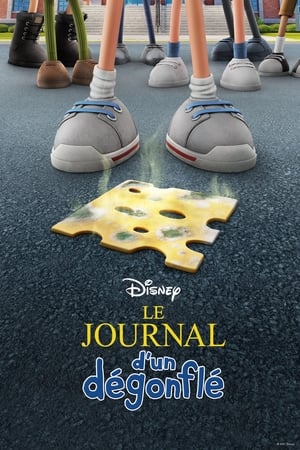 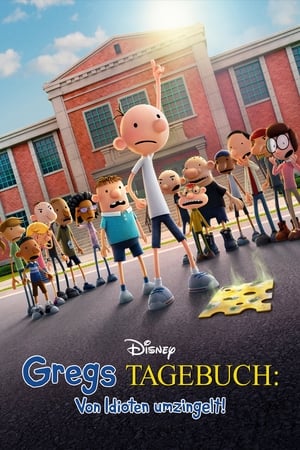 The magical, mythical adventures of teenager Percy Jackson — the half-human son of Poseidon — continue in this heroic, action-packed thrill ride! Out to prove he’s not just a “one-quest wonder,” Percy and his demigod friends embark on an epic journey to the treacherous Sea of Monsters in order to find the fabled Golden Fleece, which has the power to save their world...and save us all!

Adam (Charlie Plummer) is a witty, introspective teen pursuing his dream of becoming a chef. When Adam is diagnosed with a mental illness, he lives in fear of being exposed — until he meets Maya (Taylor Russell), an outspoken and fiercely intelligent girl who inspires him to open his heart and not be defined by his condition. With its inspiring journey of love, acceptance, and hope, Words on Bathroom Walls is a triumphant story of overcoming life's challenges and embracing who you are.

Hotel For Dogs is a funny, heartwarming and inspiring animal adventure that shows how far love and imagination can take you. When 16-year old, Andi (Roberts), and her younger brother Bruce (Austin) find themselves in a foster home with a strict "no pets" policy, they must use their quick wit to find a new home for their dog, Friday. When they stumble into an abandoned hotel, they realize they can transform it into the perfect place for Friday- as well as all the strays in the city. What began as a crusade to save one dog becomes a high stakes adventure as everyone around them starts to wonder- who let the dogs in?

Diary of a Wimpy KidKids & Family2010

A live-action adaptation of Jeff Kinney's best-selling illustrated novel, "Diary of a Wimpy Kid" chronicles the adventures of skinny "middle child" Greg Heffley over the course of a school year, as told through his diary and hand-drawn cartoons. Determined not to remain on the lowest rung of the social ladder during his first year of middle school, the hapless Greg takes several stabs at becoming popular – including betraying his seemingly uncool best friend – but when his efforts backfire spectacularly, he realizes that keeping a low profile may not be such a bad idea after all. As Greg says, "One day I'll be rich and famous, but for now I'm stuck in middle school with a bunch of morons." Zachary Gordon as Kinney’s wise-cracking hero, Greg Heffley. Rachael Harris and Steve Zahn play Greg’s quirky parents.

Kayce settles into his new role at the Ranch. A damaging article threatens to expose John. Rainwater pitches his new plan to the tribal council.

Vicky Ward profiles the life of media mogul Robert Maxwell. Maxwell's story helps to pull back the veil on his daughter Ghislaine's mysterious past. To understa...

The family finds creative ways to help Winter let go of her relationship with Jah. Chantel decides to fly to the Dominican Republic to support Pedro after Nicol...

Danny partners with Anthony to solve a double homicide when Anthony’s shady cousin, Joey (Anthony DeSando), proves to have gang ties to the crime. Also, the b...

Upon discovering that their self-made Lethal Weapon sequels have been pulled from the local library, the Gang decides to address their political incorrectness b...

When Amy tries to get her house in order, she must confront some demons from her past. Tammy admits to a few cheat days just before her first doctor's appointme...