From Walt Disney Pictures comes the magical retelling of Charles Dickens beloved tale Disney's A Christmas Carol, the high-flying, heartwarming adventure for the whole family, starring Jim Carrey. When three ghosts take penny-pinching Scrooge on an eye-opening journey, he discovers the true meaning of Christmas -- but he must act on it before it's too late. This exhilarating and touching Disney classic is destined to be part of your holiday tradition, adding sparkle and heart to all your Christmases yet to come.

On a cold Christmas Eve, selfish miser Ebenezer Scrooge has one night left to face his past — and change the future — before time runs out.

Meant to be seen in 3D!I love this movie so much! But it should really be seen in 3D for its immersive animation and visual effects. Absolutely brilliant..EdweirdScore: 5/5

BoringThis movie is SO boring... Half way through it and want to turn it off..Alexa berkmanScore: 1/5

A different spinStrangely I really enjoyed the darker take on this classic tale...but I wouldn't recommend it for younger children. And it's kinda refreshing to see [or at least hear] Jim Carrey doing a serious movie..Razorfin75Score: 4/5

Exciting, But Scary!A Christmas carol is exciting because you don't know what would happen next, but it is also kind of dark and scary in some parts. My cousin saw it in theatres and said it would probaly be a movie that you would watch at home, it is to scary in the theatre.ParkermccordScore: 4/5

So GoodI actually JUST saw this. I love it. It was so good. Kinda scary but absolutely love this version. I got it like 5 years ago, & just saw it. So realistic too..Adriana M. HillstromScore: 5/5

AwesomeThis movie is great what the heck are people talking about , well done ,Jim Carey was awesome , it captured the parts of the original black and white (w/ Allister Simm ) that were essential while adding its own creativity and interpretation, the horse chase was a little drawn out and over done, but cool for IMAX so I got it, I absolutely loved it!!!! I really am perplexed how anyone could say this was boring or not great..KITTLE7Score: 5/5

Terrible!This is the worst rendition of this classic I have seen. Even though I know the story well, I find myself wondering why this character did not care about any of this stuff just a minute ago and now all of a sudden seems moved by it. Everything about this movie was terrible. And Jim Carrey is one of my favorite actors. Oh and I think it would freak little kids out..JamesoheareScore: 1/5

Bring on the RentalWhy would I want to buy a movie that I can only watch on a single device which will eventually be obsolete? Please bring on the rental - it's almost Christmas!.Daz902Score: 4/5

Excellent movie - Should be M though not PGI have only managed to get half way through this movie so far as I was watching it with my children, and it was just way too scary for them. I love the storyline. Visually this is incredible, a feast for the eyes, but it was scary!.Just wanted a BBQScore: 3/5

WoahhScariest childrens movie ever. im 16 and i was jumping every now and again, but it was still such a good movie ! i would say dont let anyone under the age of 9 or 10 watch it.Jade♥Score: 5/5

Yuck!I have watched many of Jim Carry's films, when it comes to OTT he rates well, but sadly not in this version of Scrooge. I think I have a problem with this type of computer generated animation too. The eyes, something is odd about them, same thing with the polar express. Back to this film, I didn't even bother to watch the last half hour, I think Carry based his idea of Scrooge on an old version of Christmas Carol with Reginald Owen playing Scrooge, it worked for Owen, not for Carry. The best version in my humble opinion is a Christmas Carol/Scrooge from the fifties starring Alistair Sim..Nana RileyScore: 1/5

BoringToo bad. Started to fall asleep 10 minutes in. Very slow paced so I can imagine small children would have trouble sitting through the whole thing. The pace of the story was all over the place - one second Scrooge didn't care about something then the next he was in tears. For me, I want to sit down to a movie like this and relax, not having to really concentrate on the makings of the movie, and unfortunately it didn't happen for me..Tomjc90Score: 2/5

Very True to DickensThis film is very true to the version Charles Dickens wrote a long time ago. I'd almost say it's not suited for children as there are a few scary parts, but they hidden under a slight of comic relief. Jim Carrey and the entire cast do a great job at the Motion Capture aspect of the movie. This is not your typical "Toy Story" type of animation. The actors all had to wear special head gear and allow a computer to "capture" the movements of their faces and bodies on a soundstage. Of course Jim Carrey is a master of great faces..ScottyMakScore: 4/5 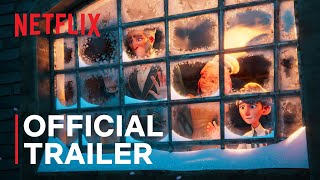 From the director of Forrest Gump and Cast Away comes the year’s most seductive thriller. When Intelligence Officer Max Vatan (Academy Award® nominee Brad Pitt) learns his wife (Academy Award® winner Marion Cotillard) may be conspiring with the enemy, he has only 72 hours to prove her innocence and save his family before he must do the unthinkable.

From the Academy Award-winning filmmakers Steven Spielberg and Robert Zemeckis comes Back to the Future - the original, groundbreaking adventure that sparked one of the most successful trilogies ever! When teenager Marty McFly (Michael J. Fox) is blasted to 1955 in the DeLorean time machine created by the eccentric Doc Brown (Christopher Lloyd), he finds himself mixed up in a time-shattering chain reaction that could vaporize his future - and leave him trapped in the past. Powered by innovative special effects, unforgettable songs and non-stop action, Back to the Future is an unrivaled adventure that stands the test of time.

It's 1947 Hollywood and Eddie Valiant (Bob Hoskins), a down-on-his-luck detective is hired to find proof that Marvin Acme, gag factory mogul and owner of Toontown, is playing hanky-panky with femme fatale Jessica Rabbit, wife of Maroon Cartoon superstar, Roger Rabbit. When Acme is found murdered, all fingers point to Roger, who begs the Toon-hating Valiant to find the real evildoer.

Academy Award winner Denzel Washington stars in this riveting and powerful nail-biting thriller from Robert Zemeckis, the Academy Award-winning director of Forrest Gump and Cast Away. Airline pilot Whip Whitaker (Washington) miraculously lands his plane after a mid-air catastrophe. But even as hes being hailed for his heroic efforts, questions arise as to who or what was really at fault.

Back to the Future Part IIComedy1989

Getting back was only the beginning as the most spectacular time-travel adventure ever continues in Back to the Future Part II - the sequel that proves that lightning can strike twice! Picking up precisely where they left off, Marty and Doc (Michael J. Fox and Christopher Lloyd) launch themselves to the year 2015 to fine-tune the future and inadvertently disrupt the space-time continuum. Now, their only chance to fix the present is by going back to 1955 all over again before it is too late. From the Academy Award®winning filmmakers Steven Spielberg and Robert Zemeckis, Back to the Future Part II proves true excitement is timeless.

Academy Award®-winning filmmaker Robert Zemeckis and two-time Oscar winner Tom Hanks reunite to explore the blessings and heartache of fate and the survival of the human spirit. Tom Hanks gives one of the towering screen performances of all time as Chuck Noland, a FedEx systems engineer whose ruled-by-the-clock existence abruptly ends when a harrowing plane crash leaves him isolated on a remote island. As Chuck struggles to survive, he finds that his own personal journey has only just begun...

Season 3 of Honey, I Shrunk The Kids" follows the adventures of brilliant but befuddled scientist Wayne Szalinski, whose often-misguided projects wreak havoc on his family and friends.

Now that Jr. and his girlfriend, Vanessa, are parents of a baby boy, Michael and his loving wife, Jay, are proud but young grandparents, and are adjusting to their new roles. While trying to turn his son into a man, Michael begins to look at where his own life has taken him and wonders if he should make some changes. Jay, who also starts to question her purpose in life, pursues her educational goals and, along the way, decides to open a restaurant. Little Kady feels a bit threatened by the new baby's presence, and her family is there to help her get over any insecurities.

Join the fun in the town of Bedrock back when the members of this fabulously famous modern Stone-Age family were precocious prehistoric preteens. Mowing the lawn with a saw-toothed dinosaur ... showering with water sprayed from a woolly mammoth's trunk ... eating brontosaurus burgers are everyday events for the lovable youngsters Fred and Wilma and their friends Barney and Betty. And swinging in for antediluvian action is the Cenozoic superhero Captain Caveman. Living in paleolithic times has its drawbacks, but for these jovial juveniles it’s nothing but fun! So have a yabba-dabba-doo time with the first season of The Flintstone Kids! This all-new collection is a rock-solid choice for the whole family!

Establish healthy fitness habits early with this energizing and exciting kid-friendly workout. Using balls and bands, this DVD incorporates fun into a workout that challenges mobility, agility and flexibility while encouraging the development of the mind-body connection. Best suited for ages eight to 14.