A Christmas Carol (1984) Summary and Synopsis

Christmas elicits nothing more than "bah, humbug!" from Ebenezer Scrooge (George Scott), a miser whose sole pursuit of financial success has left him a bitter and lonely old man. But a Christmas Eve visit from the Ghosts of Christmas Past, Present and Future ultimately teaches him to open his heart to the spirit of Christmas and to the joys of friends and family. Miser Ebenezer Scrooge is awakened on Christmas Eve by spirits who reveal to him his own miserable existence, what opportunities he wasted in his youth, his current cruelties, and the dire fate that awaits him if he does not change his ways. Scrooge is faced with his own story of growing bitterness and meanness, and must decide what his own future will hold: death or redemption. A Christmas Carol (1984) Wiki

What do you think A Christmas Carol (1984) movie? Can you share your thoughts with other peoples?

ToddXEdge - My favorite adaptation of this beautiful story.

Loved it since childhood.

Far and away the best verison of "A Christmas Carol"

The best interpretation of A Christmas Carol ever made. Sticks closest to the original work and still takes you through all the emotions. Manages to be funny and heartbreaking all at different times throughout. For a TV movie this is exceptionally well done. Watch it during the holidays, it is more than worth it.

I’ve been watching this version of the Christmas classic since the year it came out. It’s the absolute best interpretation out there. My husband and I are delighted to own it and not have to rely on finding it in the busy seasonal schedule.

This is my favorite for two reasons. The first is George C Scott's AMAZING performance as Scrooge. He really epitomizes the role in a way that I feel other actors have not. The supporting cast is also good, but let's face it, we're here for Scrooge. The second is nostalgia. I was in 6th grade, and the teacher was trying to show us this video. Sadly, my classmates were total brats, and misbehaved. Meanwhile, all I wanted to do was watch the movie. My teacher, who liked how well-behaved I was lent the video to my mom and I over the weekend so I could watch the rest. And I enjoyed it so much I watched it twice! Everytime I see this on cable, I sit down and watch, and now that I've found it on iTunes, I'm buying it. That way, I never have to be without this gem of a Christmas movie, and gem of a performance again!

I love this version of A Christmas Carol. Mr. George C. Scott is incredible in this role. A must buy.

the movie is a 5 star movie, but the fact that it's in a 4:3 aspect ratio is disappointing. this movie deserves a 16:9 aspect ratio.

Absolutely best movie version of “A Christmas Carol” that I have ever seen. Such wonderful acting!

The Best Christmas Carol of all time. Really I can watch it anytime of the year.

I thin this is one of the best movies ever

A once a year event at our house that predates me. George C Scott gives an excellent performance as does Edward Woodward and others. Since we started watching this version in the late eighties (it was released in '84) I can't go back and watch the Alastair Sim rendition.

It has been a toss up as to which version is the best for me. I find that I enjoy both the George C. Scott version of the story and the Patrick Stewart version.

Our kids grew up watching this every Christmas and it became a holiday tradition. As they grew older they didn't want to watch it anymore. Predictable reaction. Now that they are in their late twenties they want to see it again and the family tradition is alive and well. And the movie is such a classic.

Re of Sunshine - Favorite Adaptation

George C. Scott is fantastic as Scrooge, the casting overall is excellent, the settings, costumes, music all combine to paint a quintessential holiday picture. If you haven't seen this one, give it a chance!

It's a shame Apple offers movie downloads but they don't work. Emailed customer care two days ago, but no response .

Gzerilli - Best one by far!!

The best out there. George c Scott is awesome. We watch this classic every Christmas Eve.

George c Scott is the best Scrooge. Followed by Michael Caine with the Muppets ; )

Definitely this is a good version, but I really wish iTunes would also offer the older, and in my opinion better, version that stars Alistair Sim.

Even though George C. Scott makes no attempt at a British accent, it really doesn't take away from the fact that he makes a great Ebenezer Scrooge. The film is well-acted and the setting looks authentic to the era. The music is also memorable. With a supporting cast like David Warner, Susannah York, Roger Rees and Edward Woodward you can't go wrong with this version of "A Christmas Carol."

By far my favorite interpretation of Charles Dickens' classic, "A Christmas Carol". George C. Scott does a remarkable job recreating Mr. Ebenezer Scrooge. I watch this movie several times during the holidays to get into the spirit of Christmas. Excellent movie. Great acting and great direction.

My absolute favorite version. George C. Scott is a superb actor! This version captures the spirit of the story more accurately than other renditions.

I am thrilled to see that so many people consider this their favorite version of this tale. Every year I read the book and every year I watch this. In my opinion this telling captures the feeling of the book better than any other I have seen. I feel sorry for kids that say that this is boring. There is so much in this story both on the surface and under the surface. And who in the world can't use a story about redemption. This is the orriginal feel good story.

This is my family's go to version. George C. Scott really makes the movie. It's an old movie and the third ghost still scares me.

I don't know about those other kids, but I watched during school and really enjoyed it! I now watch it every year. It really gets one in the Christmas spirt.

This version is fantastic and George C. Scott is terrific.

kids are morons now and days.if u grew up with this movie you love it.it used to show every christmas eve.I actually saw the original showing.Im also showing it to my kids so they dont end up mindless like some of the reviewers!

we also saw this movie before winter break in school. Pretty boring.

So I watched this movie in school and I got to admit it could be better it wasn't anything special just another version of the original christmas carol i wouldnt really call it a classic but it wasn't that bad... I guess and the 3rd ghost is really scaryyy oh and what is up with the old dudes having side burns but whatever

Who Sez - The Best of the Modern Versions

The Georce C. Scott version of A Christmas Carol is outstanding. Great script, great acting, a great interpretation of the story, done well in every respect. With this and the Allistair Sim version you've pretty much got Christmas covered.

George C. Scott is amazing in this, and the supporting cast are no slouches themselves. In every way, this is an awesome version of Dicken's classic.

This is my favorite version of A Christmas Carol. I have watched it every year since 1984.

This version of the dickens classic is wonderful. A must see 5*****

The best version by a mile. George C Scott is superb.

This is simply the greatest film of Charles Dickens Christmas novel. Yes, the 80s TV production looks very out dated now but the performances from this incredible cast are magical. Although the tone is quite serious, reflecting Dickens own work, there are still some brilliantly chuckle worthy moments to lighten the mood. Somehow, after 34 years, this version stands the test of time!

I love a Christmas Carol and this is the best version I have ever seen, superb cast and George C. Scott is perfect.

This really is the greatest film version of this classic story ever made. Make your Christmas and watch this one

The best version of this story ever committed to film. Scott is brilliant! 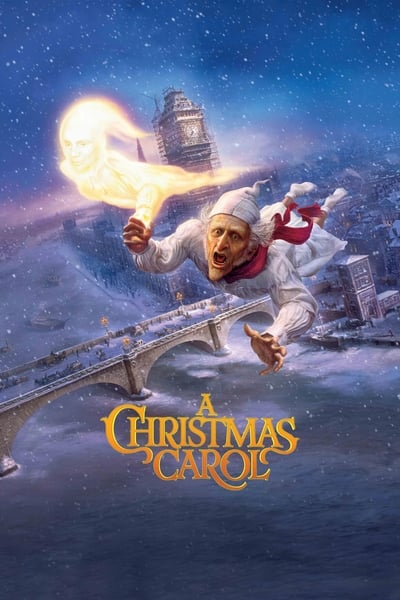