Looking for Comedy In the Muslim World (2006) Movie Summary

"Looking for Comedy in the Muslim World" is the hilarious story of what happens when the U.S. Government sends comedian Albert Brooks to India and Pakistan to find out what makes the over 300 million Muslims in the region laugh. Brooks, accompanied by two state department handlers and his trusted assistant, goes on a journey that takes him from a concert stage in New Delhi, to the Taj Mahal, to a secret location in the mountains of Pakistan. Written and directed by Albert Brooks, "Looking for Comedy in the Muslim World" is a funny and insightful look at some of the issues we are dealing with in a post-9/11 world. The comedy also stars Sheetal Sheth, John Carroll Lynch, Jon Tenney, and Fred Dalton Thompson.

Looking for Comedy In the Muslim World Film Synopsis

To improve its relations with Muslim countries, the United States government sends comedian Albert Brooks to south Asia to write a report on what makes followers of Islam laugh.

Looking for Comedy In the Muslim World Comments & Critics

Looking for Comedy In the Muslim World Movie Reviews

🤢Many years ago I found this on dvd and decided to get it regardless of how overpriced it was . One of THE WORST films I’ve watched . Total waste of money.Lebanese_princeScore: 1/5

Not THAT bad really.The movie was ok and funny in a witty way. It could've actually been 100x better if they improved the plot, other than that it's a good film to see something different..Joc87Score: 3/5

Looking for Comedy In the Muslim World (2006) Series Cast & Crew

Looking for Comedy In the Muslim World Trailers & Teasers

Looking for Comedy In the Muslim World Screencaps, Images & Pictures

Looking for Comedy In the Muslim World Posters 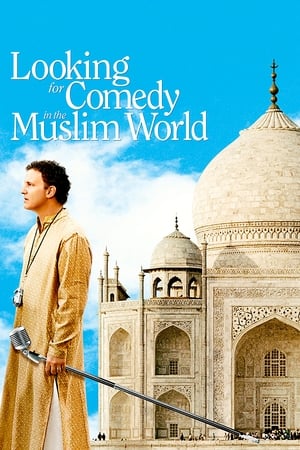 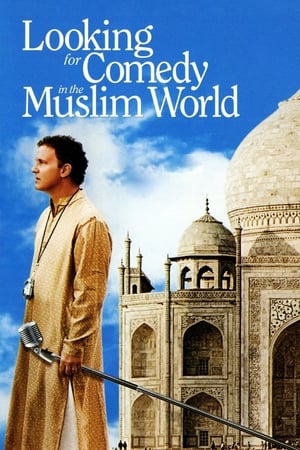 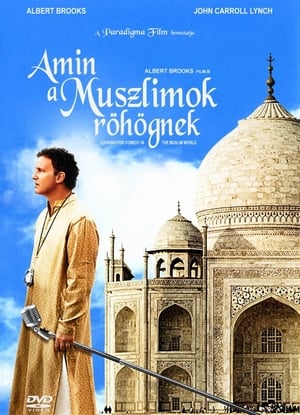 Looking for Comedy In the Muslim World Movie Languages & Subtitles

Looking for Comedy In the Muslim World Similar Movies

Academy Award-winner Goldie Hawn ("The First Wives Club," "Bird on a Wire") delivers the "best comic performance by an American woman in years" (New York Magazine) in this delightful story about a Jewish American Princess who, disappointed with life, impulsively joins the army and after a disastrous initiation, finds direction and self-esteem for the first time. Nominated for three Academy Awards: Best Actress, Screenplay and Supporting Actress for drill instructor and perfect Hawn foil Eileen Brennan ("White Palace," "The Last Picture Show"). Armand Assante ("The Mambo Kings") and Craig T. Nelson ("Coach") round out the hilarious all-star supporting cast!

A romantic comedy about an ad executive who dies in a car collision and finds himself in Judgment City, defending his life before a celestial court. When he falls in love with a fellow candidate, his interest in staying in heaven changes.

Will Smith stars in Concussion, a dramatic thriller based on the incredible true David vs. Goliath story of American immigrant Dr. Bennet Omalu, the brilliant forensic neuropathologist who made the first discovery of CTE, a football-related brain trauma, in a pro player and fought for the truth to be known. Omalu’s emotional quest puts him at dangerous odds with one of the most powerful – and beloved – institutions in the world.

The Secret Life of PetsKids & Family2016

Comedy superstars Louis C.K., Eric Stonestreet, and Kevin Hart make their animated feature-film debut that finally answers the question: what do your pets do when you’re not home? When their owners leave for the day, pets from the building gossip with their friends, satisfy their sweet tooths, and throw outrageous parties. But when a pampered terrier (C.K.) and his unruly new “roommate” from the pound (Stonestreet) get lost in the urban jungle of New York City, they must put aside their differences to survive the epic journey back home.

A MOST VIOLENT YEAR is a searing crime thriller set in New York City during the winter of 1981, statistically the most dangerous year in the city’s history. From acclaimed writer/director J.C. Chandor, and starring Oscar Isaac (INSIDE LLEWYN DAVIS) and Jessica Chastain (ZERO DARK THIRTY), this gripping story plays out within a maze of rampant political and industry corruption plaguing the streets of a city in decay. J.C. Chandor’s third feature examines one immigrant’s determined climb up amorally crooked ladder, where simmering rivalries and unprovoked attacks threaten his business, family, and - above all - his own unwavering belief in the righteousness of his path. With A MOST VIOLENT YEAR, Chandor journeys in a bold new direction, toward the place where best intentions yield to raw instinct, and where we are most vulnerable to compromise what we know to be right.

Looking for Comedy In the Muslim World Similar TV Seasons

From deep within the comedy archives of the 90s, comes a show not for the easily offended - Full Frontal Comedy! Hosted by Dom Irerra and featuring a number of comedians who have gone on to have great careers!

Bruce Willis goes from "Die Hard" to dead on arrival as some of the biggest names in entertainment serve up punches of their own to Hollywood's go-to action star. And with Roast Master Joseph Gordon-Levitt at the helm, nobody is leaving the dais unscathed.

Comedy Bang!Bang! is back with two separate 10-episode volumes of all new episodes and a robust line-up of famous faces. Host Scott Aukerman and musical cohort Reggie Watts both return to Comedy Bang! Bang!, the show that infuses celebrity appearances and comedy sketches with a tinge of the surreal. Joining Scott and Reggie in the studio this season are Jessica Alba, Andy Samberg, Sarah Silverman, Jason Schwartzman, David Cross, Bill Hader, Anna Kendrick, Zach Galifianakis and more.

With nothing but a stage and a microphone, thirteen of the most promising and unique voices in the stand-up world embrace the spotlight to make you laugh for a half hour.

Roast Master Seth MacFarlane leads a dais that includes Jeff Ross, Pamela Anderson, Lisa Lampanelli and more as they celebrate and deride the star of "Baywatch" and "Knight Rider."