The acclaimed fourth film from groundbreaking writer and director Quentin Tarantino (PULP FICTION, JACKIE BROWN), KILL BILL VOLUME 1 stars Uma Thurman (PULP FICTION), Lucy Liu (CHARLIE'S ANGELS, CHICAGO), and Vivica A. Fox (TWO CAN PLAY THAT GAME) in an astonishing, action-packed thriller about brutal betrayal and an epic vendetta! Four years after taking a bullet in the head at her own wedding, The Bride (Thurman) emerges from a coma and decides it's time for payback ... with a vengeance! Having been gunned down by her former boss (David Carradine) and his deadly squad of international assassins, it's a kill-or- be- killed fight she didn't start but is determined to finish! Loaded with explosive action and outrageous humor, it's a must-see motion picture event that has critics everywhere raving! An assassin is shot by her ruthless employer, Bill, and other members of their assassination circle – but she lives to plot her vengeance. Kill Bill: Volume 1 Wiki

A roaring rampage of revenge...

That must be the dumbest, most boring film ever made. White trailer trash really must like that one. Don’t waste your brain cells on this one or any other of this series.

16 HORSES - Here Comes the Bride to rip out your pride

The Matrix Sequels, Charlie’s Angels 2 And Terminator 3 were Sketchy so lucky you that Tarantino’s Kill Bill came along after the fact and Cut through the Mediocre Action thriller Sequels! Volume 1 was a Tour De Force in of itself Uma Thurman as the Bride , What could I Say that already hadn’t been? It’s her Apex of performance and would be the bridge into volume 2( we’ll get to that)! Meanwhile Kill Bill 1 cuts through as classic!

The fact that her daughter is still alive and she doesn’t know it makes me want to watch the second part to see what unfolds.

my favoritemovie for a reason. from the filmography to the acting to the choreography. i love this perfect film!

djacksonsongs - This movie is crazy

Leslie and Pam - Revenge is a dish best served cold

Every time I watch this, I pick up something new in the artistry. Great acting, cinematography, foreshadowing, etc etc, and not just an ode but an overall homage to 70's fight movies.

He who doubts Tarantino as a cinematic master is to watch Kill Bill. Tarantino’s solid direction and Thurman’s splendid portrayal are both just incredible. This is a film for the ages.

I call this film Tarantino's love letter because its an homage to all the films that he grew up with. Namely Kung fu films and Spaghetti Westerns. Watching all these elements being put together is just so cool to watch. I'll start with the obvious Uma Thurman is the coolest action heroine of all time and this film proves it. No one else could have played this part. Namely because Tarantino wrote it for her. Her storyline is awesome and the fact that she wants to get all the memebers of the Deadly Viper Assassination Squad makes you root for her the whole time. The coolest part in the whole movie is when she's fighting the Crazy 88's. Watch that scene, which has been provided by music from RZA of the Wu-Tang Clan, it's simply one of the coolest things i've ever seen in a film. Better than any Michael Bay explosions If people thought that Jackie Brown wasn't violent enough to be a Tarantino film, they have to look no further than this film. But that doesn't make it no less cool to watch.

Hell yeah!! This is one of my favorite series and its on sale. I'm sold!! Bought them both.

megatron70 - one of my all time fav films

this film is so beautifully chorgraphed through the amazing fight scenes! I gained so much respect for QT. Uma Thurman is simply amazing on her bloddy rampage or revenge. This has to be one of the best revenge stores in modern cinema

This movie is a must have on any device. I watch this movie at least 6 times a year. I recommend it for anyone that likes a great cast, great story, great music, Westerns, Eastern traditional, gore, warrior mentality, revenge, comics, and Anime! It has a beautiful and artistic balance. It is very well done. There is nothing else like it.

One of the greatest action movies!

My favorite movie EVER

Thank you Apple for selling this in 1080p for only $10!!! This is my favorite non-animated movie. I would have gladly paid $20 for it.

Endeverinc - Kill Bill is one of my Top Favorites!

Not only is she sexy, but she's a lethal BA. One of my most favorite movies! Be sure to watch part II as well!

In this action packed thriller, QT pays tribute to several of his influences, including spaghetti westerns, martial arts and gangster movies, and to a lesser extent, anime. I thought it was quite self indulgent; it focused too much on homage and not on being original movie unto itself, too many shots of women's feet, and exaggerated bleeding. But it was still fun to watch and I would recommend it to any QT fan.

★★★★★☆ This movie sets new standards in the Action & Adventure category. Get the soundtrack; it's even better.

The Steves - Kill Bill. But do it faster, please.

Aspects of this movie are really great. But it just goes on and on and on. By the end of Part II, who cares? The scene with Uma fighting all the Kung Fu guys is spectacular. Worth watching for that alone. Afterwards, though, get out the No-Doz.

What do you expect from a Quentin movie?

This movie was amazing. Really detailed. They put so much suspence into it. And all the pieces go together because in Vol 2 they come together.

Dirtydinner44 - Best movie ever made

This movie is so different compared to anything I have ever seen. It is so crazy and is full of action

god i love this movie so much and second one is so awesomee too <3 quetin tarantino is the best!

I watched this movie in theaters when it was released, I remember walking in and not really knowing what to expect. Before that day I had never heard of Tarantino, but I had seen a small corner piece in GQ about the film. I was simply blown away! This movie made me love films. Go for it, it is amazing.

The action in this movie is intense and goes right down to the wire. A definete BUY in my opinion.

I love Tarantino films because they have like able characters, even if some of them are assassins or hit men. But the realistic dialogue is what makes a Tarantino film so great, they don't spud like script, they sound like people actually having a conversation about something that pops on their minds.

I love this movie and it's on sale!! Woohoo!

I watch this movie all the time !! Super awesome and one of my fav series of all time !!:)

she drops her weapon Hmmmmm

IlanaTheEpicOne - This movie is awesome!!!!!

One of my favorite movies,I never get tired of watching it:)

librarypunk - Took a few tries, but now I love it

Like almost all of Tarantino's films, I positively hated this movie the first time I saw it. But I was driven to watch it again. And again. It wasn't an easy movie for me to enjoy, I think, because I'd never been exposed to anything like it before and I doubt many others had either. I like that I had to learn to enjoy it - it makes loving it that much more satisfying.

This movie is the best one made of all time the dialoge is perfect the storyline the ACTION its the perfect film vol 2 was realy good too butt his one takes the cake i just love this movie no other movie will beat this one and who ever dosent like it dosent undersand the dialoge because odviosly their not educated.

Ebaily - Amazing Masterpiece of a film

Few films will ever cover a story line as well as this has been done. This is one of the top 10 films ever made.

Dar&ken - No lo baja y ya me cobrado. No bien

Vivica Fox is so hot!

@BRobertSchultz @SeanMBurns My first Tarantino film was Kill Bill Volume 1. I didn’t need to know all the reference… 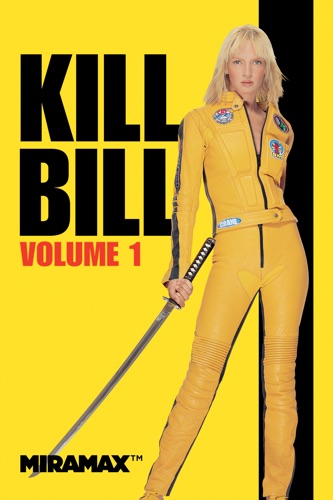