One Week, No Rules..

I'm not going to try and repeat, reword, regurgitate all the positive reviews that have already been written regarding this movie..it's an awesome concept, a very relevant and sympathetic storyline (at least to us "over 40 y-chromes") and some of the funniest one-liners ever delivered....so the only thing really worth discussing is why would anyone just RENT this especially now that the extended version is available????? Please iTunes...stop with the teasing, put it up for sale.

loved this movie. some of the funniest scenes ever.

This movie was just pathetic. two thirds is two married me talking that its not fair that they are married and can't think of other women and being single is great. Hall Pass is a movie I thought "Oh yeah good cast has to have hope." I watched with my mom and brother and we wished we could have returned it. If you are a man who is married this movie would appeal to your dreams. Women stay as far away from this movie as possible. Young men skip to another one thats not "dirty" old men hitting on women years younger than them. I'm very shocked that the movie has 4 stars.

I hated it! Stupid, disgusting jokes were basically the whole movie.

So funny and true

This was a HILARIOUS movie!! I'm 15 and me and my friends could not stop laughing! If you liked this movie you will LOVE Bridesmaids, they're both really funny movies.(:

Didn't think it could get much better.

Much of the humor is simplistic men are like this, women are like that. it had some laughs, but isn't hilarious. Acting isn't all that good, but still worth a rent.

I thought it was funny and really good

Haha really? To all you people who said this movie sucked. Then why did you buy it?

I really liked This movie. It had some really great moments that had me cracking up. 

I laughed so hard I was crying. Great comedy.

Best movie in the would and sexy

I hope you have a strong bladder... HILARIOUS!

Stephanie_1 - I loved it

Hilarious movie. One part I was so disgusted (shower shart) but i loved it.

I actually loved this movie! Saw it on the big screen (simply because there was nothing better playing at the time) and was genuinely surprised how funny it was. I think these critics woke up on the ultra-serious side of the bed one day and expected a "Godfather"-level type movie - c'mon now! It's the Farrelly Brothers, for god's sakes! I saw it with no expectations, other than a few laughs on a Saturday afternoon, and got way more than that. The movie 'almost' abandoned it's running theme at the end, by trying to right itself "morally", but overall, the Farrelly's stuck to their guns and drove it home... that was great! Just enough sappiness so as not to back-stabbed itself. Pull that serious stick out your butts, critics, and enjoy life for a change :-P

Not that funny (regardless of comedic style) and wasn't expecting such awful humor from such great actors. Boo. On hall pass.

crude humor that isnt funny for the most part. almost to the point of bad judgement on directors part.

Kids you should watch this

Over 6 minutes of never before seen content?!?!?! Why would i get it off of the red box when this gets me 6 MORE MINUTES!

I found this movie very hilarious @Super Mario fire javier What? I wouldn't of guessed that. Hmm mate that's why it's rated R(17+) Of course it's not for kids, if you look at the rating it also shows you why it's rated R

monkeyboyhxc415 - Screw you rotten tomatoes this movie is good!!!

Yes this is a rated "R" movie everyone u all know that a movie like this will have sexual content so shut up!! By the way the music while the two are at the dragons club or somethin' is empire of the sun - walking on a dream this movie got me into them too! :)

Why did I said that "HallPass" is not for kids,Because it has sexual action's and send's messages that they will do when their 13 so kids if you're reading this right now...DO NOT BUY HALLPASS goodbye By:A critic

wilsonflyfish - I would rate it lower if I could.

It had some funny parts but it was all lost with the full-frontal male nudity. It wasn't needed to make the point. It was a big let down for "date night" movie.

Not a bad movie. Not worth full price but definitely a decent movie.

Does anyone know what the name of the song is when they are in the club???

Kiss your hand 10 times Say your crushes name 15 times Post this 2 other places Look at your hand:)

Some great one liners Good acting by all. Does not have a sappy ending like other comedies lately and makes me want to go randomly hook up. Or does it?

What's all this trying too hard crap; they tried just the right amount. They're finally bringing nudity back into to comedy; it's about time.

I loved this movie!

This movie was really good and very funny

:David - Superb. NOT CLASSY. But Superb.

One of the great, unappreciated, male comedies. Not classy, not smooth, but frick its funny and totally relatable. On a par with Wedding Crashers. Almost. But far better than those who followed Wedding Crashers. Better than Hangover 2 and 3. By FAR.

Not bad, seen better but it's still funny

After viewing the trailer, it was a seller to me which you won't get more especially with the enlarged edition. After a while, I new it was going no where. No funny jokes or scene. Big attempt to be funny but a big looser on this side. No need to add more. Do not buy this, rent only if someone decide to pay with you.

If you love Adam Sandler films then you'll love this movie! Same kind of humor, the first 15 mins is a little slow but I would give this a 10 out of 10. The next funniest movie since hangover .

Corey182 - Do yourself a favour

Do not watch this pile of rubbish. I cannot say one good thing about this movie. Everything about it was forced and unrealistic. Not one "Joke" felt genuine. The main characters had no chemistry and their wives were way too good for these morons. There were also way too many cans of spray tan flying around the set because not one person had a anything close to realistic skin colour. I've warned you all…this movie is one of the worst things you will put yourself through in your entire life.

Gormy005 - Laughter is the best Medicine!

a movie that is good for a few laughs. Not much of a story to it though, but if you are looking for a laugh then this movie will indeed provide you with some.

This is one of the worst, most puerile movies I've ever seen. I think to enjoy it you have to be a 14 year old boy!

haha funniest movie ever<3! I love it!!!

The funniest film I've seen in years. Tears rolled down my face. If your married it only makes this film better!!

Oh yes, this film is a winner for all those who loved Old School and has some moments of genius.

This is a very funny movie. Even better unrated 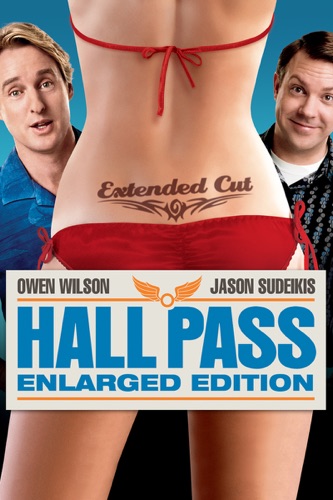