Devil's Due Summary and Synopsis

After a mysterious night on their honeymoon, Zach and Samantha McCall find themselves dealing with an earlier-than-planned pregnancy. While recording everything on video for posterity, Zach begins to notice odd behavior in his wife that they initially attribute to nerves, but it soon becomes evident the disturbing changes to Samantha’s body and mind have a much more sinister origin. An unexpected pregnancy takes a terrifying turn for newlyweds Zach and Samantha McCall. Devil's Due Wiki

The Devil Always Gets His Due..

I thought this was a solid movie. I've seen (and paid to rent) quite a few movies, and this is one of the good ones.

This is more like a bad snuff film than a horror/thriller. Your more disgusted than scared throughout this entire thing. Heck I can think of so many other movies that are actually worth your money and time.

Not too great, not too bad. It was "watchable", the plot made sense, and the acting was okay. Overall a decent film, a little scary.

Another shaky cam mess of a movie. Either make a movie or make a documentary. But please, stop combining the two together! Enough already!

I thought that it was going to be a scary movie but it wasn't!!! At the high points it just Whent straight down!!! Do not waste your time and money on this AWFUL horror movie!!!

I saw this movie with my friend Kaylin when it was in theaters and it was the DUMBEST movie I've ever seen. It makes absolutely NO sense. Kaylin thought the same thing! Complete waste of money!

It was fine, but it can use more scares. Definitely have potential.

This movie was an awful mash up of Rosemary's Baby (classic!) and those awful Paranormal Activity movies.

It was very good watch the trailers

This movie is nothing new in the line of found footage horror, but the film is interesting enough to keep most horror fans watching. While it lacks much in the way of originality, Devil’s Due at least manages to rehash the routine horror plots in way that is polished and entertaining. While it came a few years late to the party of found footage horror films, Devil’s Due is easily more watchable than the more recent installments of Paranormal Activity films.

My most favorite movie genre is horror. The cover is the only hair-raising thing about this movie. The constant, fast camera action takes away so much of the horror element everytime there is no jolt. I fast forwarded through the movie until the last 8 minutes. If you love a good horror flick, do not buy...MAYBE rent. Or wait until it comes out on Netflix. You'll regret it less.

If you happened to catch this movie on satellite or cable, it is worth watching. But not to rent. I spent $2.00 and rented it from the drug store. It has some creepy moments for sure, but it's a very tired plot and not that interesting.

Won't download, won't let me try downloading from another device without charging me again. Come on iTunes this keeps happening far too often. Best yet when I tried to leave a review it wouldn't let me the first 20 tries unless I selected 5 stars, one star it would tell me "the review selection was unavailable at this time." Finally got through. But, the 5 star selection worked just fine ......hmmmm?!?!!!

And it does a horrible job. Very cliche and a waste of time and money. Even the most desperate Horror movie fans can find better than this garbage.

I rented this movie two times and its not working .. Just waste of money

This movie has one point - to get the baby to the ‘evil’ people so the antichrist can come. They could and should have made this movie an extremely short film, like a ‘web-film’ of about 10 to 12 minutes long total and it would have gotten the point across and at least kept a minor portion of us that kept faith & continued to watch, awake! This film is SOOOOOO drawn out (I cannot even express in words how drawn out), doesn’t have anything remotely scary, and was a complete waste of money and time. They should have paid all of US, who got suckered into buying and watching this! I even laughed throughout most of the movie at the lackluster way they tried to make it scary, and had to make my own horror-ish noises just to entertain myself & keep myself awake - it was THAT drawn out, boring… just horrible. Do NOT waste your time, or your money, on this movie, PLEASE!!!!!!!

I find that ever since Blair Witch, everyone has made an attempt to make horror films with the actors and the crew doing horrible filming with a hand cam. Paranormal Activity Franchise got it right, but this is just terrible acting and the storyline was lacking. Waste of money to rent. Just AWFUL!

This movie was not bad at all. It is pretty scary. I don't care what people say. It is worth watching. I liked it but you make your choice.

In my opinion, the majority of reviewers were hyperbolic in their criticism of this movie. It's a watchable if unoriginal exercise in the found footage genre. The actors are great looking, too, which adds a nice something if you're a shallow moviegoer, and there's plenty of blood to please the gore voyeurs.

Not original. Come on guys we have already been down this road let it go. Not good. Don't bother.

This movie is worth your friend renting it for you to watch and when it's over you can turn to them and say," Glad you paid for this."

Please don't waste your money, his money, her money, anyone's money! This movie, isn't worth the time, your time, his time, her time nobody's time. Seriously. I couldn't make heads or tails from this horrible non- scary film. If you don't mind movies such as Blair witch, and Paranormal Activity. Then maybe you'll enjoy It. But I doubt it. It just didn't make sense. Newly weds get married and go on their honeymoon, the guy carries his video cam everywhere he and she goes, and records everything. She becomes pregnant , and that's all I'm telling ya in case you do not listen and buy the darn thing anyway.

TannerDoan - Thought it was great.

So i went into this movie not expecting alot from critics and reviews.. But after watching it, i was surprised! Good story & good scenes! Loved it!

I really don’t expect much from the genre, as there are some directors who “get” it and some who don’t. Unfortunately, this movie falls on the latter end of the creativity spectrum. Cliched, dark, and needlessly slow, it takes way to long to get going, and when it finally does, it’s over. The premise is pretty unique, and the last time we saw something like this done well was in Rosemary’s Baby, but this movie just didn’t do it for me, personally. There ar aplenty of better movies worth your time. Skip this one entirely.

I saw it in the theaters.... But it wasn't as exiting as I hoped it would be...I still would get the movie though.

the husband should have died first scene, he was just terrible. as far as the story line, it works, but not the way it was done. It came out corny and needed a little more imagination and better special effects. expected much more. Unless you're a teenage girl, don't waste your time with this movie, it will not scare you.

IceStationZebra - Much better than expected (BUT DON’T WATCH THE TRAILERS!)

This was a surprisingly creepy, fun and effective movie. It’s got two leads that I loved and their relationship is so real. And the movie is surprisingly funny, too. It seems like a smart movie disguised as a dumb movie. There are a lot of little hints to the bigger picture but it never hits you over the head with it and you have to pay attention to get it. But two warnings!! It’s not typical found footage fare where it’s put together by the cops or someone (it’s just a movie, like Chronicle) and the trailers give everything away so don’t watch them! I repeat, don’t watch the trailers!

i saw it in theatres an it blew my mind on how scary it was!!!😱

cooldude915 - Not bad but not great

This movie had its moments but was fairly weak. It had a great opportunity to really do something but it dragged on for too long. While this movie was somewhat effective, most of the scares are shown in the trailer. 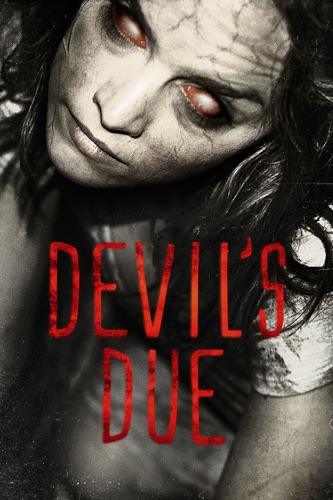