The Sixth Sense Summary and Synopsis

Not every gift is a blessing...

What do you think The Sixth Sense movie? Can you share your thoughts with other peoples?

After 11 years, itunes is still charging a high price for this movie. It time to reduce the price to $4.99.

M. Night Shyamalan has a reputation from making classic pieces of art and drawing down the sorrows into terrible, terrible films down in his career, so it's seemingly possible that M. Night can save his career by making good movies instead of repeating cashgrabs screenplays into matchmaking bad movies that are either hailrious and worth the watch. But The Sixth Sense is undeniably the greatest movies if not the best stories to be ever told in cinema history. It's no mistake that The Sixth Sense uses commentary on death, supernatural events and depression on seeing other wild events that none of us can't reflect. The Sixth Sense thrilling story follows Cole Sear (Haley Joel Osment) a lonely, quiet special little boy with such ambitious emotion and temptating intelligence, Cole can witness and see dead people right after there inflicted death rows. Which sets Dr. Malcolm Crowe (Bruce Willis) a observer child pychologist with every advice for life and Bruce Willis gives a good performence as Dr. Malcolm Crowe who wonders around Cole whenever he moves. But it's Haley Joel Osment who gives a fantastic child acting performence in this thrilling oprea of death and emotion. The Sixth Sense may be the greatest movies ever made but has some flaws to create more character development and well-written thrilling, intense scenes that were worth the intenstiy and scares upon audiences. Iam not saying the Sixth Sense was M.Nights worst movies to date it still holds up today and with all the beautiful performences from Haley and Willis were amazing enough for this movie to be realistc and real enough to be creative. M.Nights direction is good and M.Night should make other good movies instead of just bad cashgrabs, but this movie is exploring the themes of death, violence, depression and judgment from these two main characters which makes that sense more intense and satisfying. I highly recommend not watching other M.Nights bad movies if you treat them like comedies and there you make them more enjoyable and hailrious, but i recommend The Sixth Sense it tells a brilliant story and conecpt into a tense thrilling conventional movie with good performences and a topic based culture that is shown in the film-rating 9/10.

Fantastic mystery/thriller that will delightfully shock you at the end. Bruce Willis in his prime—with an incredible debut by the brilliant young Haley Joel Osment! (And prepare to be astonished by a brief, stirring appearance from a surprising Donnie Wahlberg!!)

ilistentomusic(obviously) - One of the best movies I have ever seen

M. Night Shyamalan used to not make bad films. Shocking, right? Well, if you’ve been around to see them all, it’s more shocking that he DOES make bad movies after his earlier masterpieces such as this. The Sixth Sense is intense and EXTREMELY emotional with brilliant acting (particularly Haley Joel Osment and Toni Colette) and an ending so stunning and iconic that it will never be forgotten.

chuckgodfrey - The Movie You See, the Second Time You Watch it...

AbstractRebecca - My favorite movie. Ever.

The Sixth Sense is a gripping and Spiritual Journey through a young boy’s life from a Spirit who didn’t even know he was a Spirit. In other words, watch the movie. The twists and turns in this movie are enough to make you say..Hmm..Excellent movie, very interesting plot.

The twist at the end explains so much I love it

While I do think Signs is a great film and Unbreakable is very underrated, The Sixth Sense is M. Nights best because you can't think of a single flaw. A true masterpiece.

best movie. ever. everything about it is spectacular, and the ending is sure to make you think. this is my favorite movie of all time and is in my option M. Night Shaymalan's best work

TheFilmFanatic - well it's about time

I'm not sure why it took so long for itunes to have this movie, because it is one of the BEST horror movies of all time. Haley Joel Osment and Bruce WIllis gave incredibly moving and believable performances, making the famous twist ending even better!

The Sixth Sense is not my Favorite movie from M. Night Shyamalan, but it's one of his better movies. 4/5

I have been waiting for years for this movie to be available on iTunes, and it's FINALLY here! This is one of the greatest movies of ALL TIME, definitely the best movie that M. Night Shyamalan has ever made. I don't think he or anyone else will ever be able to top it!

An incredible film start to finish. Haley Joel Osment was robbed of an Oscar that year by a mediocre performance from Michael Caine. Had he won, I believe his career path would have gone much differently. Best performance by a child actor ever!

Last great film of night. Wonder why it took so long to put on itunes 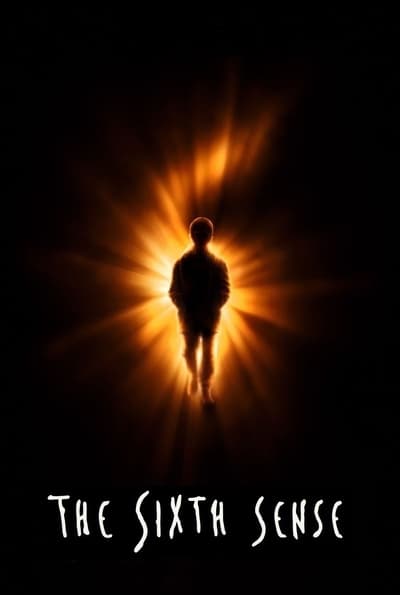