Best actress award winner Paulina Garcia (Berlin Film Festival) stars in this uplifting story of personal transformation. Gloria is a "woman of a certain age" who gets caught up in a passionate whirlwind romance with a retired naval officer, whom she meets at a dance club for singles. But when she discovers the truth of their relationship, she must take matters into her own hands.

When a young boy's family is killed by the mob, their tough neighbor Gloria becomes his reluctant guardian. In possession of a book that the gangsters want, the pair go on the run in New York.

What do you think about Gloria movies? Ask the moviesrankings.com community a question about Gloria!

Was it something they said?Fabulous, amazing film. Captures the essence of woman entering into the sunset of her life but still filled with zest for life. The steady gaze she looks at the world with is a powerful statement: “Here I am.” I loved every second and it was great to the last dance..Nzjetstar1Score: 5/5

As art, it is good. As entertainment, torture.Although the movie has immense merit as a piece of art, it really is not going to make you feel good. Like explicit sex scenes with the elderly? This is the movie for you. Like watching mundane details of a person's life? You're going to love it. Want to see someone's life that is worse than yours? Rent it now!.NoordwykScore: 2/5

Dance of Life, second chance.Paulina Garcia in lead role is awesome. The middle aged woman with plenty of élan and juice left in her. She wants to get 'dancing', but partners are hard to come by. Solo dancing only satisfies a part of her. She falls, trips and stumbles her way to find happiness somehow, Entire film is limited by weak cinema technique of the director. It would be a 4.5 star film. Watch it if you like unique characters, midlife hurdles, joy of life, passion-driven women and clues to discovering what to do and what not to do on the journey. It's about love, laughter and dancing, love-making, a little too much wine and a try at some weed. Ugly cats, noisy neighbors, and umbilicals to children that never got cut. The followup sequel should be called Ten Days in Cuba with Gloria. Enjoy..BSerracinScore: 4/5

Pretty Good FilmEnjoyed watching Gloria take care of herself. Very intimate portrait of her daily life and modern dating in middle of her life..Hollandd3Score: 4/5

What a movie~!!!!!First review ever on movies but this one is a keeper by a long shot. I wish i could pick up my pieces when i’m broken down like she does over and over in the movie.Gogo21Score: 5/5

Put some more eye drops inI guess we were supposed to feel for The banality of Gloria's life, but I feel cheated when I spend money to watch someone repeatedly put eyedrops in and drive her car around Santiago..RichmondScore: 2/5

Vulnerable and extraordinaryGarcia gives a compelling performance as this very cooky, fabulous character. Gloria is a must-see.ErikspoonerScore: 4/5

Namwanje_gloria AlyshaKizito: President Museveni has encouraged Ugandans to use the opportunities created by the National Resistance Movement governmen….Namwanje_gloriaScore: 2/5

Namwanje_gloria AlyshaKizito: According to President Museveni, e past governments had monopolized some of these services like e business of hotels and….Namwanje_gloriaScore: 3/5

Namwanje_gloria AlyshaKizito: Government of Uganda s hopeful that the construction project of the State-of-the-art heart surgery and treatment center w….Namwanje_gloriaScore: 5/5

Namwanje_gloria AlyshaKizito: Don't believe what the opposition says. That the roads in Uganda are bad. See beauty no potholes. Credit and honour goes….Namwanje_gloriaScore: 4/5

Namwanje_gloria AlyshaKizito: The plastic recycling factory in Uganda currently recycles 20 metric tons of plastics daily and is set to expand and proc….Namwanje_gloriaScore: 4/5 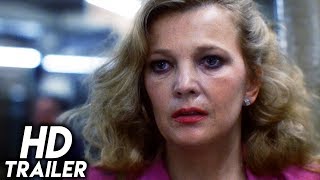 She’s tough… but she sides with the little guy. And she's out to beat the mob at their own game...

For the first time in the cinematic history of Spider-Man, our friendly neighborhood hero's identity is revealed, bringing his Super Hero responsibilities into ...

Academy-Award® winner Rachel Weisz (Denial) and Rachel McAdams (Spotlight) star in this spellbinding drama about a woman as she returns to the community that shunned her decades earlier for an attraction to a childhood friend. Once back, their passions reignite as they explore the boundaries of faith and sexuality in this film that critics call "romantic and gripping" (Parade).

Gloria (Julianne Moore) is a free-spirited divorcée who spends her days at a straight-laced office job and her nights on the dance floor, joyfully letting loose at clubs around Los Angeles. After meeting Arnold (John Turturro) on a night out, she finds herself thrust into an unexpected new romance, filled with both the joys of budding love and the complications of dating, identity, and family. From Academy Award® winning director Sebastián Lelio (A Fantastic Woman, Disobedience) comes a sophisticated romantic comedy that shows love can strike at any time, relationships are never simple, and nothing can get you down as long as you keep dancing.

Best actress award winner Paulina Garcia (Berlin Film Festival) stars in this uplifting story of personal transformation. Gloria is a "woman of a certain age" who gets caught up in a passionate whirlwind romance with a retired naval officer, whom she meets at a dance club for singles. But when she discovers the truth of their relationship, she must take matters into her own hands.

Marina and Orlando are in love and planning their future, when one night Orlando suddenly falls ill and passes away. Instead of being able to mourn her lover, Marina is treated with suspicion by authorities and with disdain by his family. She is forbidden to attend his funeral and thrown out of the apartment they shared. Marina is a trans woman and for most of Orlando’s family, her sexual identity is a perversion. So she must battle the very same forces that she has spent a lifetime fighting just to become the woman she is now – a complex, strong, forthright and fantastic.