War of the Worlds (2005) Summary and Synopsis

An ordinary man has to protect his children against alien invaders in this science fiction thriller, freely adapted from the classic story by H.G. Wells. Ray Ferrier (Tom Cruise) is a dockworker living in New Jersey, divorced from his first wife Mary Ann (Miranda Otto) and estranged from his two children Rachel and Robbie (Dakota Fanning and Justin Chatwin), of whom he has custody on weekends. On one such visitation, looking after the kids becomes a little more difficult when, after a series of strange lighting storms hit his neighborhood, Ray discovers that a fleet of death-ray robotic spaceships have emerged nearby, part of the first wave of an all-out alien invasion of the Earth. Transporting his children from New York to Boston in an attempt to find safety at Mary Ann's parents' house, Ray must learn to become the protector and provider he never was in marriage. Also starring Tim Robbins, War of the Worlds was directed by Steven Spielberg, who had been planning the project for years, but set it aside until a wave of "alien invasion" films (led by Independence Day) had run its course. Ray Ferrier is a divorced dockworker and less-than-perfect father. Soon after his ex-wife and her new husband drop off his teenage son and young daughter for a rare weekend visit, a strange and powerful lightning storm touches down. War of the Worlds (2005) Wiki

What do you think War of the Worlds (2005) movie? Can you share your thoughts with other peoples?

Good adaptation of the book and earlier film. Excellent special effects. One of the very few film roles in which Cruise is satisfactory as the "hero." The Reacher roles are difficult to believe ;-).

Turmat - Jesus this is awful

From Dakota Fanning's awful screaming, the terrible writing to Tom Cruise's wooden acting. Terrible from start to finish. Will someone out there PLEASE make a movie based on the book?

rlvega - You want me to buy it again?

I bought this movie a long time ago. They want us to buy it again to get the 4K version. Since when? They made a big deal about any movie you bought would automatically be offered in 4K. That's why I only buy from Apple. I refuse to keep buying movies over and over, each time a "better" version is offered.

RaNdOm_SoUl - For Anyone That Didn’t Like This Film, Let Me Just Say That Spielberg Directed This

This film that was actually based from a novel by H.G. Wells was one of those films that after you see it for the first time you feel like what did I just watched? This film was a frightening masterpiece that Spielberg adapted into a film from a novel, which really scared me as a kid.

Martian Warrior - One Of My Favorite Adaptations In Cinema, Good Job Spielberg

When I first saw this film I loved it. I enjoyed Spielberg's astonishing way of adapting the well made book of mr. Wells into a wonderful film. I definitely would say that it is one of my favorite films out there.

Dr. Cogent - Not bad at all

I used to watch this with my dad all the time when I was little and it used to scare me! Now I just think the graphics are cool for a 2005 movie! The plot is amazing Steven Spielberg is the best director there is ❤️

This film is neither great nor awful. One huge thing that makes no sense whatsoever is that the machines erupt from underground, which means that they and their crews had been there for a thousand - or perhaps many thousands of years. There is no logical reason for this whatsoever, but I guess the idea of them popping out of the ground makes for good cinema. As for all the rest, it's a popcorn movie and nothing more.

I watched this movie when i was 3 years old its so good and i keep watching it i didn’t rent it because of tom cruise i rented it because of everything that’s happening the acting is really good! And i love tom cruise and i wish i can meet him 😁❤️

War of the Worlds, a story about an irritating dysfunctional family, not an alien invasion.

This movie was amazing, people are complaining about the noise being loud and how it has to much detail, well first of all it wouldn’t be realistic if a man was about to get the blood sucked out of him and he began whispering, just turn down your volume and stop trying to find stupid things to criticizewhen really you know the acting was good and the story was good and original. Another reason to call it original, I’ve never heard of an alien movie where the aliens ships come from the ground and the aliens come from a lighting storm. Speilberg was given an option of copying the original or making the movie creative and original. So stop complaining about it being different because if it was the same you would be complaining about it being the same. The detail in this movie was surprising for a 2005 movie and the acting was so realistic. I couldn’t find I single actor who did a poor job except for couple who almost took the girl ( yes I forgot her name) they did an ok job. I know it’s hard to say that an alien movie is realistic but this movie made it feel real. All in all this movie was realistic, detailed, amazing acting, and a very original and creative plot.

The aliens die from air... need I say more? The movie is utter garbage

This version is Frightening!. Mainly because like people say a lot now, ..." Things didn't work out too welll for Native Americans when Columbus landed here." Just like people, Intelligent Entities/ Aliens are here. This is an excellent remake. It makes me think that the Aliens in this, were planted on Earth. But were a BAD DESIGN, and who ever planted them here made a HUGE mistake and Earth is paying for it. 👽💀🌐♻️

Dakota Fanning should have been the very first person killed off by the aliens. Her constant screaming was just to much.

It lacks the creepiness of the original movie. Deviates wildly from the original story in regards to how the aliens got here. CG is great, lots of action. Acting is fair to middling. I might have liked it better if I'd never seen the first movie from 1953. If you saw the original, lower your expectations before watching this one.

As tedious as it is unnecessary. Tom Cruise gives precisely the same performance he's been giving since before his first facelift. One goes in hoping that, given the death and violence, one would at least be spared having to look at the Arlington National Cemetary of his teeth, but no such luck. The lights are so on they explode, but there's still nobody home.

AMAZING! This movie was great and I loved watching it again!

It wasn't a great movie, the only reason I really rented this was because of Tom Cruise. There really wasn't much war in the movie. I thought it would be nice to see an invasion style movie through a normal persons eyes not a soldiers or generals. It wasn't, pretty boring movie there was a lot that could have been added and taken out.

What a fun movie! Tom Cruise demonstrates his superb acting talent in this reimagined version of a classical science fiction film/story. The visuals are amazing and engaging. The sound effects are incredibly visceral. If you know the story arc then there won't be any surprises, if not, then you will love the continual evolution of events.

I love this movie so much. Iv seen it at least 27 times

I forgot how much I didn't enjoy this movie. The characters were awful, and that's saying a lot because I like Tom Cruise and Dakota Fanning. The story exhibited no "war"...it was an annihilation on every level. Now I remember exactly why I didn't enjoy it 11 years ago. Don't waste your time and/or money watching it.

Don't be swayed by a misinformed, disgruntled malcontent that doesn't understand what he just saw and can't be bothered to even spell SPIELBERG correctly in their ranting review. This is a very close adaptation of the source material that also pays homage to the acclaimed 1950s film classic as well. While some aspects have been changed, overall it follows the novel's plot and events. Some changes have been made thematically because the original reflected a commentary on the world at the time (the over reaching British empire) and has been updated to reflect our current climate (terrorism) while still staying true to the main theme (third world countries occupied by advanced nations). It is also thrilling filled with exceptional special effects and horrifying set pieces. A terrific film, that like it's source material, has something important to say.

Ronbo13 - This is why we can't have nice things.

H G Wells' "The War of the Worlds" is one of the best science fiction stories of all time, but everybody seems to want to treat it as a great idea for a story. Then they replace the original with something else from their own imagination — which is always shallower and less interesting. I'd hoped the Spielburg would be different. I'd hoped he would actually have the vision to do a real period piece set at the end of the 19th century. It could have been awesome. Instead, what did he give us? "They were underground"???? You're kidding me. In the original story, every last detail was sweated and thought through. In Spielburg's story, ridiculous details appear simply because it'll make for cool special effects. Forgettable. And a great opportunity wasted. 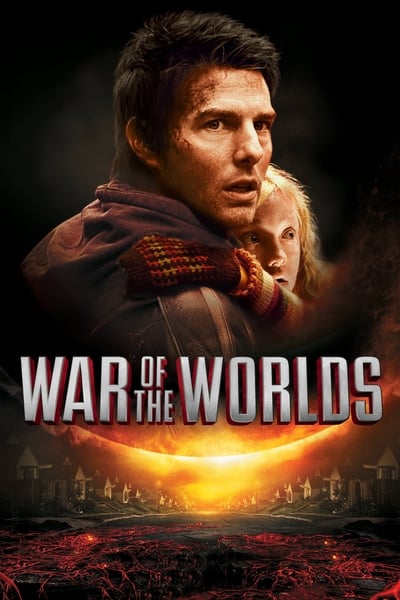