Since the dawn of time, Minions have served (and accidentally eliminated) history's most despicable villains. After their latest explosive mistake leaves them without an evil leader, the Minions fall into a deep depression. With the tribe on the brink of collapse, three unlikely heroes—Kevin, Stuart, and Bob—embark on a journey to find a new big boss. When their quest leads them to their next potential master, Scarlet Overkill (Academy Award® winner Sandra Bullock), our three heroes must face their biggest challenge yet: saving all of Minionkind…from annihilation!

This collection of Minions shorts from the "Despicable Me" franchise includes mini-movies like "Training Wheels," "Puppy" and "Yellow Is the New Black."

The best movie of my lifeSo when I watch this movie over and over I will laugh And have fun with family and enjoy this movie but the most amazing part is when the y’all minion finds a lava gun.JejshsheheScore: 5/5

Hilarious!!!This movie was a very outstanding kids friendly comedy. This is the most I've laughed at a kids movie in a while. The creators of despicable me did quite a good job for the first movie, despicable me 2 was not quite as good, but despicable me was just great. I mean the plot was okay but after all its a kids movie. But if you're looking for a cute movie with a lot laughs than this is for you..Dream2cuteScore: 5/5

Too much gender politicsWhy do we have to get all political in a minions movie??.ThetlambScore: 2/5

Reply to @thankyoujewelThe minions speak a mix of different languages. It’s racist to say that their language is stupid..ShipnuScore: 5/5

MinionsWhat are the minions saying????? This is my way of the Minion language:gdgefygfyrghryrgheryurehbrhgbregreugurhgurhurhrksifywgyrgygyrgyrgrgyrgyrgyrgrygrygrygryfgyrgfyrgyrgyrgyrgyrgyrgyrgyrgyrgyg.Freidrich99Score: 1/5

This is EXTREMELY underrated!!!!!!!!!!!!!!I absolutely love this movie! The minions are extremely funny and endearing despite the fact that they don’t talk! This should have got much better reviews..MarvelMaverickMinionScore: 5/5

Pretty goodThis movie satistified me less than I thought. However it was still fun to watch it.Timothy go to schoolScore: 3/5

It's amazing!I love this movie so much! Although the totter part was teaching kids bad stuff but other than that it's amazing.Nibi😋Score: 5/5

Worth the waitMy boys have been dying to see this, we saw it in the theatre in 3D and my kids 4 & 7 thought it was fantastic. They can’t stop talking about it..Becky Walters35Score: 5/5

A disappointmentThe trailer is quite enough. The entire movie is too much, and too pointless..PhthalobleueScore: 1/5

Number 1 film everI love minions because I wish to have a flock of them..Mr av.Score: 5/5

Funny And Amazing!The Minions Movie Certainly is An Amazing spin-off Movie for them! Bob Is Certainly One That A lot of people will relate with. He is A Childish Naive Minion But In a Good Way! He's Adventurous, Courageous but Loves His teddy Tim. Stewart maybe some Kids Or Teens. He's Again Adventurous and Courageous but Also Is smart thus so he's kinda arrogant but it's okay cause it's also funny! And then there's Kevin the leader! He definitely shows leadership skills in the movie! He's the one who leads the team. The movie is funny and I found myself laughing through the movie and I loved how Gru Showed up in the end! Definitely rent or Buy if you can!.TropicalPlaysGamesScore: 5/5

Utter Plastic Garbage. Don’t fall for it.The minions are certainly adorable, funny little buggers in the Despicable Me films (the first one in particular), but by giving into the hype and marketability of them in the form of a lifeless, dull film designed only to sell rather than to entertain? It’s going too far. Don’t get me wrong - I find the minions hysterical and admire much of Sandra Bullock’s work (even the much-panned Speed 2. She did the best with what she was given). However, that does not excuse the heartless, plain, cookie-cutter approach taken with this film. It should not exist. Unfortunately we live in an age where plastic existences and falsified ideals run the world via machines of corporate greed and grubby little paws. It’s very sad. There could have been a lot of magic and spark in this, but instead those in charge of the film’s outcome took the “don’t offend, don’t entertain, just sell more minion-related products and don’t do anything else” approach. It shows. Not once did I laugh during this film. Sandra Bullock’s character was the most pathetic, poorly-conceived pile of animated crud to ever grace my television screen (which also once displayed the Super Mario Bros. movie, might I add). Scarlett’s boyfriend/fiance/underling ought to have been left in the torture room and had his throat removed, as he completely decimated any possibility of comic relief in the second half of the film, spewing hipster-geared comedic lines that evoke a sense of “I’m talking a lot, so it is really quite hilarious. Now laugh" (a growing trend in mankind’s taste in comedy). The minions themselves are not to blame for the pathetic outcome of this film; planning a film around them that removes much of their charm, explosive humour and blatant absurdity and gears it more towards younger children was the mistake. Creating Scarlett and the other named human characters simply to extend the length of the film and give it some “meat”, if you can call it that, was the final nail in the coffin. Only the first twenty minutes and final scene with Gru appearing were worthy of the minion or DM label. Everything else belonged in a straight-to-netflix animated feature that nobody has a care in the world about (Bob’s Broken Sleigh rings a bell). Be smart consumers, people. This is nothing but a blatant cash-grab, not geared to provide entertainment but more to convince your children that they simply MUST have Christmas trees and birthday present boxes stuffed with minion-themed crap by the ton. They knew they would make oodles of income from merchandising alone. An easy paycheque. Add some pretty colours and quirky, half-baked attempts at storytelling and there you go. Parents, please reconsider this film. We’re in a world where corporations and money govern everything, but that doesn’t mean we have to limit our expectations for great films. Don’t subject your children to this and brainwash them into a corporate world, with an iPad in hand and minion socks on their feet. Introduce them to films that make them think or try to illustrate a beautiful story. There are reasons why The Wizard of Oz, Finding Nemo and Star Wars are so insanely popular - because they possess a heartbeat and essence that is vital to storytelling. The merchandising comes second. With “minions”, the merchandising comes before the script. Somehow I doubt all of us are as easily manipulated as the producers of this film would like us to be..Tiv1234Score: 1/5 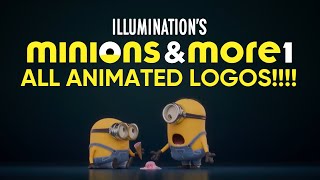 Competition: Two Minions compete in a series of escalating games in which both are doomed to lose. Cro-Minion: Two prehistoric Minions are forced to babysit their Caveman boss’s trouble-making toddler. Binky Nelson Unpacified: Binky is determined to break back into a museum to recover his favorite pacifier he accidentally left behind during a family burglary.

Set in the 1970s, this ensemble comedy follows a traditional Irish-Catholic family, the Clearys, as they navigate big and small changes during one of America’s most turbulent decades. In a working-class neighborhood outside Los Angeles, Mike and Peggy raise eight boisterous boys who live out their days with little supervision. The household is turned upside down as the times are changing and this family will never be the same. There are 10 people, three bedrooms, one bathroom and everyone in it for themselves.

The irreverent, satirical comedy Childrens Hospital returns for its fourth season to lampoon the medical show genre — and continue its reputation as the greatest hospital drama in the history of recorded media. Applauded for its tight stories and medical accuracy (not really), this season reaches new heights: an airborne virus threatens to destroy the hospital and perhaps society, a search for mysterious PA announcer Sal Viscuso reveals an undercurrent of evil powering the hospital, the origins of Chief’s handicaps are revealed, a beloved regular character dies several times and Sy gets a dog! The show’s creative team is led by Rob Corddry (Hot Tub Time Machine, The Daily Show with Jon Stewart) and fellow executive producers/writers Jonathan Stern (The Ten; NTSF:SD:SUV::) and David Wain (Wet Hot American Summer).

Five extraordinary 10-year-olds are dedicated to empowering children worldwide to stand up for their rights. Who else is going to protect their civil liberties to stay up all night long, eat a ton of candy in one sitting and build a supercool global headquarters on the moon? The Kids Next Door must battle many villains on their quest for kids' rights - from candy-stealing, sticky-bearded pirates to evil dentists who want to excessively clean children's teeth to the homework-loving goody two-shoe kids down the street who are suitably named the Delightful Children Down the Lane. To mask their identity, the Kids Next Door go by numbuhs instead of names, and they are headquartered in a massive tree house.

Disney's Honey, I Shrunk The Kids" follows the adventures of brilliant but befuddled scientist Wayne Szalinski, whose often-misguided projects wreak havoc on his family and friends.