All paws on deck for a dino-sized double-length adventure as the PAW Patrol races to rescue Adventure Bay from a dinosaur invasion! Then, emBARK on 6 other wild rescues to save a monkey, an owl, a parrot, a frog, a beehive, and even a space alien! PAW Patrol, Pups Bark with Dinosaurs Wiki

Pups Bark with Dinosaurs
The Paw Patrol is on an excavation dig when they unearth three fossilized eggs. Suddenly the eggs start to hatch, and there are three baby pterodactyls running around Adventure Bay! It's up to the PAW Patrol to catch the dinos!

Pups Save the Space Alien / Pups Save a Flying Frog
An Alien Spaceship crash lands at Farmer Yumi's! Now it's up to the PAW Patrol to help out the stranded little extra-terrestrial by fixing his ship and getting him back to his home planet!

Pups Save the Parrot / Pups Save the Queen Bee
The PAW Patrol heads to the jungle to help their friend Carlos find his lost parrot, Mateo! When the PAW Patrol discovers a beehive in Cap'n Turbot's lighthouse, Ryder and the pups must work together to find the bees a new hom

What do you think PAW Patrol, Pups Bark with Dinosaurs tv serie? Can you share your thoughts with other peoples?

I hate this show! It’s so unreal! It’s so boring! The only thing I can say is that don’t waste your money on this show!🙄 I had to give 1 star because when I tapped the " send " button it said that you have to rate! 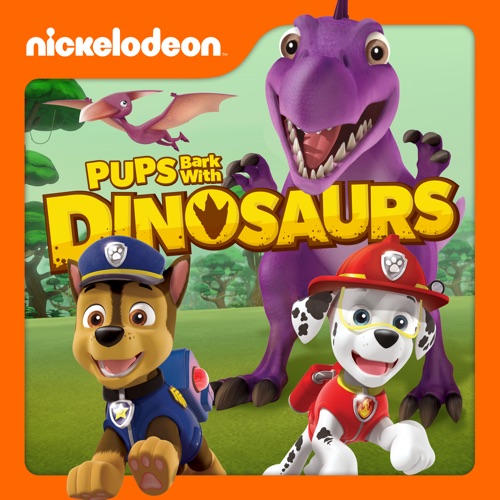