Ice or snow, Everest is ready to go! Whenever there’s snowy trouble, the newest pup on the PAW Patrol is ready to plow to the rescue. Join this brave ranger for her very first PAW Patrol rescue, and 10 other icy adventures too! PAW Patrol, Everest's Icy Adventures Wiki

The New Pup
The PAW Patrol rolls out in their new PAW Patroller to save Jake when he gets stranded in the ice fields, but a new pup also pops up to lend a paw, the brave ranger, Everest!

Pups and the Big Freeze/Pups Save a Basketball Game
A winter ice storm causes trouble all over Adventure Bay.The PAW Patrol races to the rescue!Mayor Goodway challenges Mayor Humdinger's Basketball team to a game. The pups pitch in and become the Adventure Bay All-Stars!

Pups Leave Marshall Home Alone/Pups Save the Deer
With the other pups at parachute training, Marshall must get a group of loose kittens back all by himself. But he has the help of the other pups' packs!Ryder and the PAW Patrol rescue a family of deer stuck on sippery ice!

Pups Save a Friend/Pups Save a Stowaway
When Marshall decides to take a break from the PAW Patrol, the pups jump into action to bring him back!When the pups find a stowaway on their trip to the Icy Tundra, they must rescue a run-away kitty on a run-away Snow Cat!

Pups Save a Pizza/Pups Save Skye
Alex and Mr. Porter are delivering pizza dough for a big party when the van spins out of control. Pups to the rescue!Skye is on her way to Jake's Mountain when she crash lands in the snow. Ryder calls Everest to save the day!

What do you think PAW Patrol, Everest's Icy Adventures tv serie? Can you share your thoughts with other peoples? 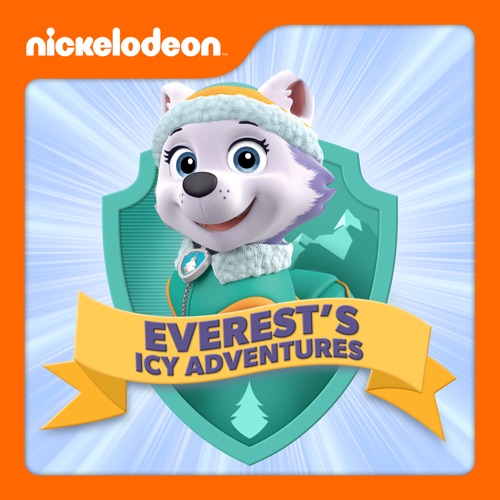