Killing Fields is a true-crime thriller that follows a team of homicide detectives as they open an 18-year-old cold case that occurred in one of America’s notorious body-dumping grounds, the Louisiana swamplands.

Wait a Second !!!!!!!!!!!!!!!I just watched episode 5 but it’s not on the menu for the series now. Why not? Three high-priced lawyers enter the interview room with the ex-husband (previewed) and the series shuts down? Maybe it’s just a glitch. Don’t order this until you at least see that episodes 5 and 6 are available. It’s great . . . so far, but they better finish the series!.Hewitt870Score: 5/5

DisappointedI paid for two episodes, they never downloaded.. but my credit card was still charged..AB0212Score: 1/5

AFTER 15 years!!!??The things that are being investigated NOW should have been investigated back when it happened, the ball was dropped, and now trying to find a needle in a haystack..Nisi59Score: 4/5

Seven episodes could have been oneFirst of all as above with all the repeating i was married six times she was killed like an animal i promised i would get the killer and flashbacks to previous episodes for those goldfish that are watching. secondly the main suspect the ex husband wads not interviewed face to face first time around so maybe the negligance of the officer then missed the chance and now he is being given another.at the end of the episode he sits with a half pint of whisky talking about his kidney problems well mate try giving up the booze. on one episode they find a farm instrument they thinkmay have been the murder weapon although on the first episode my wife daugter and i alll said that looks like a hammer blow we had the officer clumping a dead pigs head with this big lump of metal.No says the patholigist that does not look like the murder weopon as the break in the ladies skull is small and round mmmmmmm she says like a hammer!!!! apparently this is real time so she was 11 weeks behind my 14 year old daughter my wife and I.All pathetic extremely so ..BottleofpilsScore: 1/5

True-crime thriller that follows a team of homicide detectives as they open an 18-year-old cold case that occurred in one of America's notorious body-dumping grounds, the Louisiana swamplands.

A Body in the Bayou

A retired Louisiana detective takes a crack at solving an old casethe murder of a woman whose body was dumped in a bayou and left to decompose for three months. With modern forensics, the detective may finally have what he needs to find her killer.

With DNA results shifting their focus, the Iberville Parish Sheriff's Office detectives need more insight on their victim and use cutting edge technology by enlisting experts to comb for evidence at the victim's crime scene.

The detectives track down the last people who may have seen Eugenie alive. As the team decides where to go from here, we get a glimpse into Rodie Sanchez and Aubrey St. Angelo's lives at home and the personal struggles they face.

Detective Lori Morgan looks into a cutting edge DNA technology that could be the key to seeing the face of Eugenie's killer.

After receiving a tip, Aubrey sits down with a convicted felon. Rodie tries to rekindle his relationship with his son as the team continues their efforts to speak with Eugenie's ex husband.

Detectives have narrowed their focus to a few possible leads in connection with Eugenie Boisfontaine's homicide investigation as they obtain a subpoena for an interview.

In this special episode of KILLING FIELDS, viewers will get a look at never-before-seen footage of the stories that helped shape the investigation. The episode will also get insight from the detectives who worked on the case and chasing down the leads. 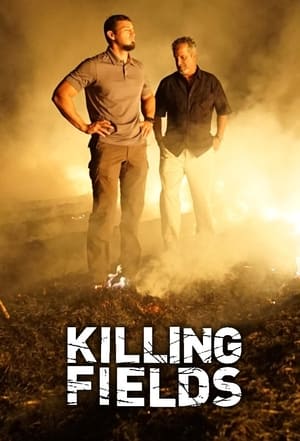 Here's everything we know so far about killing fields, season 1...

How many episodes will be in killing fields, season 1?
With the season now airing in January 2016. There will be 7 episodes in season 1.

Rodie, Aubrey, and the team zero in on the 1997 homicide of former Louisiana State University student Eugenie Boisfontaine. Rodie is more determined than ever to close the case, which has haunted him for nearly two decades. But that isn’t the only case, after evidence surfaces of a body stuffed inside a barrel. Rodie believes that this is tied to a disappearance he worked 26 years ago.

John sits down at the negotiating table with former friends and foes, and as the battle for the future of the Yellowstone heats up, nothing will ever be the sam...

Randy comes to terms with his role in the COVID-19 outbreak as the on-going pandemic presents continued challenges to the citizens of South Park.

The feud with the Becks comes to a head as the Duttons scramble to save one of their own.

Kit hires a surgical coach to watch over Bell and Raptor and help them brush up on their skills; Conrad contemplates jumping back into the dating scene; Devon w...