MR. ROBOT follows Elliot Alderson (Rami Malek), a young cyber-security engineer who becomes involved in the underground hacker group fsociety, after being recruited by their mysterious leader (Christian Slater). Following the events of fsociety’s 5/9 hack on multi-national company Evil Corp, the second season will explore the consequences of that attack as well as the illusion of control. Mr. Robot, Season 2 Wiki

Following the events of fsociety’s 5/9 hack on multi-national company Evil Corp, season two explores the consequences of that attack as well as the illusion of control.

Rambo8649 - Not liking this season

I thought the first season was interesting, but now I'm really losing interest. I see what the intention is, but this is a real mess.

Season one wasn't so bad but season to was so repetitive and violent and gratuitous grossness that it just wasn't worth watching anymore. And that was after I had a ready bought the season. wish there was a way to get my money back

The first season was cool but it seems like a show with a weird twist that hooks you for a while and then it seems like they are struggling to go somewhere...

The first season started off promising. But the whole split personality idea is terrible. It is just time waster filling for what could have been a cool hacker story. This second season just goes deeper and deeper into a rabbit hole. Don't waste your time.

It's such an incredible show for a multitude of reasons. The plot is eerily prophetic, the subject matter is topical, this cinematography is beautifully abstract, and the talent is phenomenal. This is by far my favorite show out right now. Don't be deterred my the title. The show is not as shallow as it may seem. Each time I see an episode again, I notice something new and eye-opening. It has so many layers. It's incredible. Long story short--watch it.

FNACKSAH - I was stuck to my sit ... Amazing

I was taken by the story and the narrative ...

Title says most of it: this is just a tv show version of Fight Club. Fortunately, FC is a pretty awesome movie, so this show remains entertaining, but the show should strive a little harder for originality.

Besides having wonderful complex characters, every shot in Mr. Robot looks like a painting. Extremely well directed and endlessly fascinating.

My favorite show to date.

I love the show and season 2 is great. I just really hope that every season is not trying to fake the audience into this alternate universe thing with his mind. First season was great, 2nd season was okay buy pushed it again and it worked. If they do this thing again in season 3 where everything is not as it seems, then i'll be done with this show. Secondly, as much as I like season 2, the tension built up doesn't feel like real tension. It's just the music making it feel more tense. If you look at what's going on, it doesn't actually feel very tense. Anyway, season 2 still works for me but they need to focus on depth of the story as opposed to deep music and trying to fascinate the audience with the idea of hacking and how glamorous it is in some resepects. Rather than just continuing the story with some changing story, the writers are trying to replicate the shock and fascination the audience had with the first season with this alternate reality mind thing we saw in first season.

So many layers in the storyline provide an exceptional show. So different than most anything else. As good as breaking bad.

The positive reviews are mostly written before the second season started. So as a review or advisory for Season 2 they cannot be considered reliable. I have just finished watching Episode 10 of the second season and this the first episode where anything actually happened. The story is not just convoluted, it is a combination of misdirection, confusion and fantasy that leaves us expecting Bobby Ewing to be not dead after all (forgive the reference to the TV Dallas). The is the very last time I will buy a whole season of anything based on reviews of the previous season.

Season One was phenomenal. It had enough real drama in it to counteract the psychotic parts. :) Season Two... just the opposite in my opinion... all psycho with hardly any of the gritty drama and suspence that kept me glued to it last season. I recommend watching a few before shelling out the cash for the whole season like I did.

This show is amazing, I don't know how everyone hasn't seen it or isn’t talking about it. Keep it up!

Literally a masterpiece. This is the show that everyone is sleeping on but once that 6th season comes out and starts getting crazy then you will all know how amazing this show is.

FiendishOne - One of the best new shows on TV.

Mr. Robot is excellently written, directed, and acted. It seriously deserves a million times larger following than it has right now. It's not to be missed.

Watched season 1 amazing and season 2 just do it better, higher and all the caracters are taking even more flavours... watch it it's AAA +

Shockybolt - Not the show, Itunes!

The show is fine, great even. But itunes refuses to get it's act together. The episodes take forever to show up. I look at Amazon and whaddya know, the latest episode is already up on their website. Itunes? Nowhere to be found. The latest episode came out on amazon on the 9th of august. On Itunes it is nowhere to be found on the 11th. I am done putting up with this. Last time I use Itunes for anything.

Loved the this show because it was new, different. Now season two is again about another schizophrenic. So tired of these shows and movies using the same trick over and over. The show became a boring mediocre film student project.

mitchyblueeyes - Finally a show I cant wait to see each week

It has been so long that I have had a show that I look forward to every week and re watch and google info about like a fanboy. I am addicted to this show and would call this the best show on tv without a second thought. I bought the season pass from iTunes even though I usually just catch my shows on free entertainment websites... but I really wanted to support the show and get the higher quality. Do yourself a favor and veg out on this greatness.

You Pass Butter - Shut up and take my money!

Daddy Roth - Show is great, but Apple is dropping the ball with the timely loading of new episodes

I don't know if Amazon has an exclusive arrangement or something, but they appear on Amazon Video well before they appear on iTunes. Although the first season wasn't offered on Amazon last year when it first came out, new episodes were often not loaded very quickly on iTunes (and in ne case we were charged for one when we bought the season pass!) Upgrade your relationships with USA, Apple or get some other people on the job!

Seems to have lost what it once had. Boring charter focused episodes and flashbacks along with a beyond dragged out storyline of what’s actually going on.

This show is going to be new legend !!! Awesome

I watched the first season and was put in awe about this amazing storyline. I can't wait for season 2 to be just as awesome

lococoyote - Best of Show, hands down

This show continues to be epic. Dark and gritty, it holds nothing back and reflects real life in ways no other show has dared. It doesn't go for the "oh sh!t" moment, it arrives there naturally . excellent ride

The best tv show I've ever seen, I love every bit of it. Second season is just as good, first two series are truly intriguing. Exceptional.

Bill Gehrke - I've been waiting for season 2 since June.

This season will be as good if not better than the 1st season.

I loved the 1st season. It did get a bit convoluted/strange in the final 2 episodes, but that's just me. The best way I can describe the show is that it's a combination of "V for Vendetta" & "Dexter". The show is narrated by the main character (like Dexter) who doesn't understand human emotions very well. It's also got the same theme as "V for Vendetta" where the characters are trying to change the world and stick it to "the man". I won't spoil the plot since most the show is about finding out what the TRUE plot is. Watch it. Sorry for the review, but it's not that easy of a show to describe to people. I can say this with a certainty though: BUY THE 1st EPISODE FIRST. YOU WILL FIND OUT IF YOU LIKE THE SHOW OR NOT AFTER JUST 1 EPISODE. If you don't like episode 1, you won't enjoy the season.

Funny, the season hasn't even started, but I just know I'll love it. Season one was one of my favorite tv shows ever. Can't wait!!

I don't know what it is about this show but I love it. Stands out from Other shows

AMC had Breaking Bad, USA has Mr. Robot. This show is up there with the best.

I saw Season 2 of Mr. Robot listed just now, and I couldn't get to purchase page fast enough! 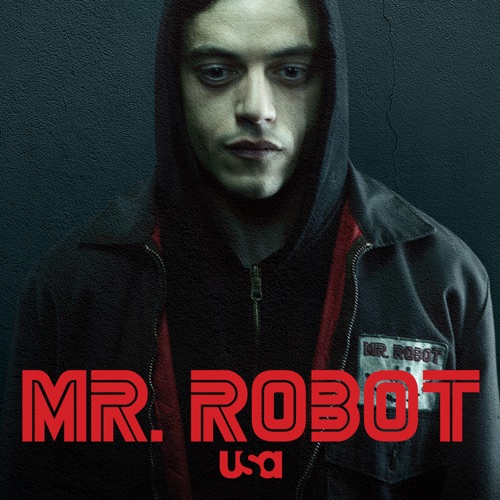