Season 6 begins immediately following the events of the shocking Season 5 cliffhanger that left Mike behind bars. After signing a plea deal to spare his colleagues at Pearson Specter Litt, Mike will be confronted with the harsh realities of prison life as he starts his two-year sentence. Meanwhile, the once bustling Pearson Specter Litt offices are a ghost town – the partners have defected, leaving Harvey, Jessica (Gina Torres), Louis (Rick Hoffman), Donna (Sarah Rafferty) and Rachel (Meghan Markle) to pick up the pieces. But the firm’s troubles are far from over and they will have to deal with the fallout from Mike's crime before they can even begin to rebuild. Suits, Season 6 Wiki

Suits delves into the fast-paced, high-stakes world of a top Manhattan corporate law firm where hotshot associate Harvey Specter makes a risky move by hiring Mike Ross a brilliant but unmotivated college dropout, as his associate. As he becomes enmeshed in this unfamiliar world, Mike relies heavily on the firm's best paralegal Rachel Zane and Harvey's no-nonsense assistant Donna Paulsen to help him serve justice. With a photographic memory and the street smarts of a hustler, Mike proves to be a legal prodigy despite the absence of bonafide legal credentials.

1 - To Trouble
Mike transitions to prison life while Harvey, Jessica, Louis, Donna and Rachel deal with the fallout of Mike's plea deal and try to prevent what's left of PSL from collapsing.
2 - Accounts Payable
Louis, Jessica and Harvey fend off a class action lawsuit from PSL’s former clients. Meanwhile, Mike runs afoul of a fellow prisoner due to reasons beyond his own control.
3 - Back On the Map
Mike tries to stay safe without violating Danbury’s unwritten rules. Jessica and Harvey try to land a whale. Louis searches for an office tenant. And Rachel goes up against a fellow student.
4 - Turn
Mike contemplates a deal that could reduce his sentence. Jessica and Louis take differing approaches to dealing with their new tenants. Rachel begins representing a death row inmate.
5 - Trust
Mike works to gain Kevin’s trust while Harvey enacts a risky plan. Jessica mends the firm’s reputation as Rachel runs into a roadblock. Louis enlists Donna’s help in a matter of the heart.
6 - Spain
Harvey defends Sutter from Cahill, as Mike's past threatens to derail his mission. Rachel and Jessica seek evidence to re-open Bailey's case. And Louis woos Tara with a trip to the Hamptons.
7 - Shake the Trees
Harvey, Louis and Donna search for a missing link to Sutter's inside trading. Mike takes a drastic step to get Kevin on his side. Rachel and Jessica give Leonard Bailey some bad news.
8 - Borrowed Time
Harvey counters Cahill's star witness, while Mike tries to deliver one of his own. Jessica and Rachel fight to delay Leonard's imminent execution. And Louis adjusts to life as "the other man."
9 - The Hand That Feeds You
To protect Mike, Harvey considers putting Gallo back on the streets. Jessica and Rachel get Bailey's case re-opened, but winning it is no slam dunk. And Louis deals with his anxiety over Tara.
10 - P.S.L.
Jessica and Rachel fight to save Leonard Bailey's life. Meanwhile, Harvey and Louis must keep P.S.L.'s clients from abandoning ship by convincing their oldest and most loyal client to stay.
11 - She's Gone
Harvey, Louis and Donna plan for the future, after Jessica’s departure from PSL. Mike discovers the perils of life as an ex-convict. And Rachel considers her options for life after law school.
12 - The Painting
Harvey tries to repair a broken relationship - leaving Louis, Donna and Rachel to manage PSL in his absence. Meanwhile, Mike gets a helping hand from an unexpected place.
13 - Teeth, Nose, Teeth
Rachel receives a letter that creates an unexpected issue for Harvey and Louis. Mike's mentorship of Oliver and Marissa gets put to the test. And Donna gets a surprise from the IT department.
14 - Admission of Guilt
Harvey and Mike walk a fine line when they partner on a class action. Louis needs Rachel's help impressing a client during an annual presentation. And Donna and Benjamin refine their product.
15 - Quid Pro Quo
When Mike's class action hits a snag, it might cost him more than the case. Harvey, Louis and Rachel consider getting their hands dirty. And Donna and Benjamin seek an investor.
16 - Character and Fitness
Mike needs Harvey and Rachel's help to overcome an impossible obstacle, or his dream of becoming a real lawyer is over. Donna's new venture hits a snag. Louis tries to patch things up with Tara.
17 - Season 6 Sneak Peek
Take a look at what’s coming up in Season 6 of SUITS.

HAD TO ATTEMPT THIS FOUR TIMES - FAVORITE SHOW RIGHT NOW

Pride of canada - The best

The best of the bests❤️

First 2 seasons were great. The writers of this season need to be fired. It's like a never ending story of criminals - not lawyers - Billions is a better lawyer series than this crap. Overacting. Bad direction. Really bad script and writers. Don't waste your money. Daniel Arkin needs to find better inspiration for his writing. Extremely disappointing.

Ricky M-A - What I way to destroy a Show

How somebody can destroy a TV Show this way????

Excellent moves in the new series.

One of my favorite shows and definitely the best legal drama. Great storylines and really interesting characters. Hope we have a lot more seasons to look forward to.

Reduced to daytime soap. Everything transcendent about this show has departed. A shame.

Zach Brown Band song Locked up over night would have been great for the jail time scenes. Satisfied with my views. Thank you!

funkster2k11 - Most solid season since season 3

I struggled with 4 and 5, but the writers and directors found their rhythm with season 6. Excellent storytelling, a bit far fetched at times but at least it was more dominated with legal drama than, well, drama. Thanks for saving my favorite series on TV. I was fearful.

Meshop! - Should be classified as a comedy, but it's just SO BAD

What a disappointment! All characters look and act super fake. The women look like well-dressed robots, men look and act like kings with pretend-kingdoms. And everyone breaks laws. Rachel is most ridiculous - reality check: with her sad puppy eyes don't mean acting. Jessica is not much better. Expensive clothing does help her acting skills, neither does commanding voice. Harvey, Luis, Mike, etc - they all are utterly ridiculous in how they talk and act. But then, I feel bad blaming actors - the script just gets worse and worse, not much they can do....

Muchisas gracias, de verdad - I bought the complete season but I can't see it on my tv or iPhone

I bought the complete season but I can't see it on my tv or iPhone . Error occurred says on the TV, in my iPhone doesn't download, but I already pay my season . Why is happening this ? Help!

I have enjoyed the prior seasons; however, season 6 lacks substance and is just boring. I find myself multi-tasking and hoping that the plot or characters will once again become interesting. Please either write better episodes or just end the series - going out on a low note would be terrible.

Still a great series after five seasons. Excellent script and well acted. There many great series to choose from make sure you place this one on your list.

Suits never fails to show that relationship is the most important element of drama. The characters are beautifully written, as the actors wonderfully and precisely portray their roles. Each duo, Mike/Harvey, Rachael/Donna, Jessica/Harvey and other combos are rich in friendship, camaraderie, conflict and resolution. The clothing is incredible fashion and each actor carries their own style with stunning finesse. The guest actors are fascinating as they foil and toy with the main characters. Each cast addition enriches an already incredible ensemble. Why aren't you all watching this show? Thanks.

This show is complete with everything and anything. It never disappoints and when you think you've figured it out it surprises you with a left hook. Amazing show and great acting. Keep it going until Season 21 or more.

This show has been the best I've seen, from Season 1 to the current Season 6 and beyond I'm sure. Seriously, if you are here and you believe in this show and the cast, you are TRUE SUITS LOVERS. The only thing I'd like to add, is it WOULD be nice to see people Laughing and Smiling more like they did in the Pilot Episode, but I'm sure that will come in time. Let's play this out and see how much better it gets. :)

I just loved the suits the show

Please make this one of those shows that lasts forever..

What a great start to a great season! I absolutely loved it! Funny and dramatic in equal parts, this show is a true gem!

Season 6 premiere did not disappoint....Can't wait until next Wednesday!!

This is a very good show

Season five was very interesting and can't wait to see what happens to everyone now! 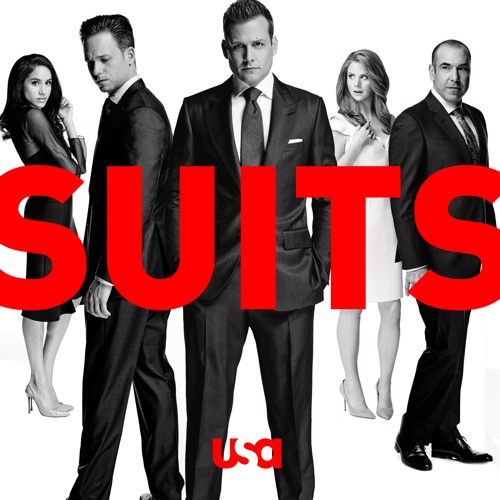