Get in the game with 7 sporty PAW Patrol adventures, as they save a snow-filled summer Sports Day, play in an all-star kickball match, face Mayor Humdinger’s basketball AND soccer teams, PLUS master the ancient art of Pup-Fu in a double-length special! PAW Patrol, Pups Save Sports Day Wiki

All Star Pups/Pups Save Sports Day
It's monkey mayhem as pups play kickball against Raimondo's team, until an eagle steals the ball that is. / The All Star Pups are ready to compete in the summer sports day when Daring Danny X turns the field into an ice rink!

Pups and the Big Freeze/Pups Save a Basketball Game
A winter ice storm causes trouble all over Adventure Bay. / Mayor Goodway challenges Mayor Humdinger's Basketball team to a game.

Pups Save the Soccer Game/Pups Save a Lucky Collar
When Mayor Humdinger challenges the Adventure Bay team to a soccer match, Ryder and the Paw Patrol are called in to play. / Marshall thinks his new collar is bringing him good luck, so he takes risky chances to rescue Hootie.

Pup-Fu!
Sensei Yumi is teaching all the pups the ancient art of Pup-Fu.

What do you think PAW Patrol, Pups Save Sports Day tv serie? Can you share your thoughts with other peoples? 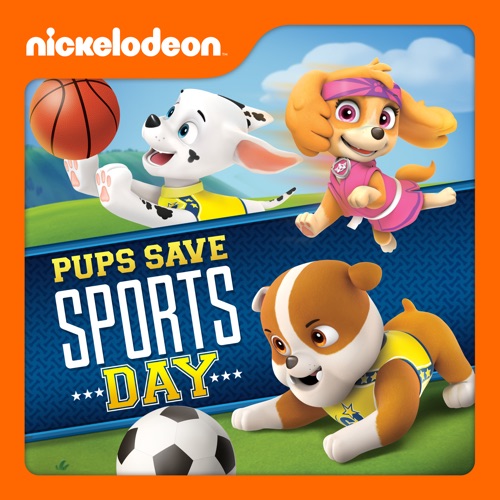