EmBARK on 3 Misison PAW adventures with the PAW Patrol, including a special double episode! To stop the sneaky, scheming pup Sweetie, the pups must suit up in high-tech gear and head to Barkingburg to use their spy skills in these royal rescues! PAW Patrol, Mission PAW Wiki

Mission PAW: Quest for the Crown
Chase and the team are called to Barkingburg to keep an eye on the crown.

Mission PAW: Royally Spooked! / Pups Save Monkey-Dinger
Another Mission PAW to Barkingburg! The Princess thinks she's seen a ghost, and the PAW Patrol needs to get to the bottom of it. / While on safari with Carlos and Tracker, Mayor Humdinger steals a magic mask which instantly turns his actions into those of a monkey.

Mission PAW: Pups Save the Royal Throne
Sweetie plans to steal the actual royal throne, so she can rule.

What do you think PAW Patrol, Mission PAW tv serie? Can you share your thoughts with other peoples?

Make it more difficult for the dogs and rider 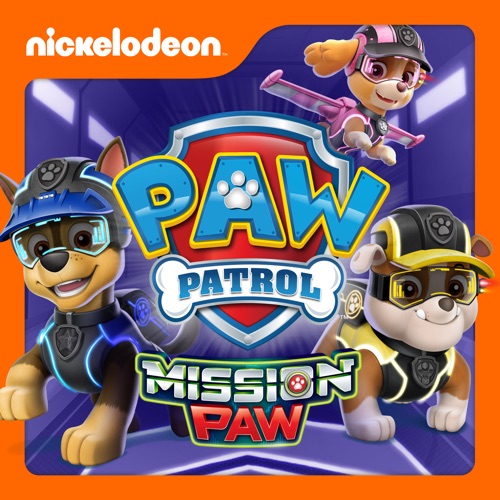